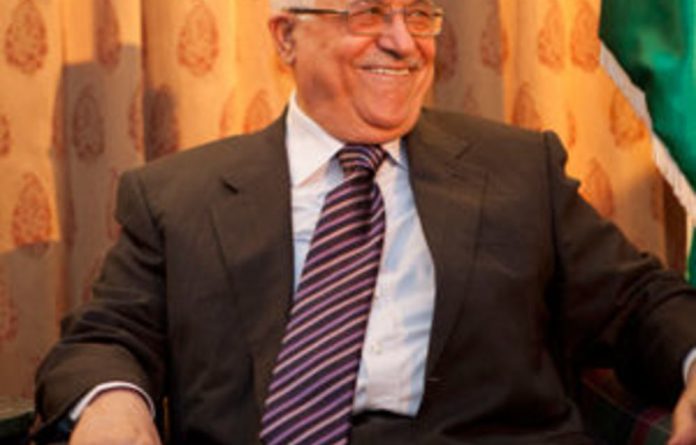 President Mahmoud Abbas has told the United Nations chief he will seek full UN membership for a Palestinian state, setting the stage for a showdown that could upset decades of Mideast diplomacy.

Palestinians say US-brokered peace talks have foundered, in part because of continued Jewish settlement-building in the occupied West Bank, leaving them no choice but to request recognition without waiting for Israel to agree.

Abbas told UN Secretary General Ban Ki-moon on Monday he would press ahead with plans to ask for a Security Council vote on Friday on Palestinian membership.

“There’s a procedure for dealing with such requests and it can take a few days or weeks more, which means there is room for other initiatives,” Juppé said. “We hope to find a way of convincing all involved to get back around the negotiating table, and in a serious fashion.”

Ban told Abbas he would send any application submitted to the Security Council and called for the Israelis and the Palestinians to resume talks “within a legitimate and balanced framework”, UN spokesperson Martin Nesirky said.

The Palestinian crisis has overshadowed this week’s meeting of the UN General Assembly and sparked hectic talks meant to avert a confrontation that carries risks for the Palestinians, Israel and the United States alike.

Senior diplomats from the United States, Russia, the European Union and the United Nations — the Quartet of Middle East mediators — are meeting throughout the week in hopes of finding a way forward.

The Quartet has for months been trying to put together guidelines for future peace talks, so far without result.

A senior US official described Monday’s talks as “productive” but said he could not predict whether they may succeed.

Israeli Prime Minister Benjamin Netanyahu has offered to launch direct negotiations but not made any concession on issues the Palestinians say prevent talks from resuming.

‘Only one choice’
Abbas, speaking to reporters on his plane to New York, acknowledged his decision could have repercussions for his Palestinian Authority, the fragile government-in-waiting that depends on international financial aid for its survival in the Israeli-occupied West Bank.

“We decided to take this step and all hell has broken out against us,” he said, adding he would not be swayed. “From now until I give the speech, we have only one choice: going to the Security Council. Afterwards, we will sit and decide.”

The White House underscored its threat to veto any Palestinian move at the Security Council and said it would focus on trying to nudge the two sides back to negotiations.

“We’ve made our position clear, which is that we oppose actions to achieve a Palestinian state through the United Nations,” President Barack Obama’s deputy national security adviser, Ben Rhodes, told reporters.

Rhodes said Obama had no meeting planned with Abbas while both are in New York but said there was always the possibility of a change in the schedule.

US-backed talks between Abbas and Netanyahu collapsed nearly a year ago when the Palestinians pulled out after Israel refused to extend a partial moratorium on settlement construction in the West Bank.

The two sides remain divided on the issues of borders, the status of Jerusalem, the future of Palestinian refugees and whether Israel should be acknowledged as a Jewish state.

The Palestinians say they will not resume talks unless the moratorium on building is reinstated. Israel says talks should resume without preconditions with the aim of producing two states co-existing in peace.

The Palestinian decision to go to the United Nations has caused consternation in Washington, where some lawmakers say they will try to cut the roughly $500-million in US aid per year to the Palestinians if they refuse to back down.

Saudi Arabia said on Monday it would pay the Palestinian Authority $200-million, which could help in the short term but would not fully replace lost US funding.

Second route
With little hope of success in the Security Council, the Palestinians may ask the UN General Assembly to upgrade their standing from an “entity” to a “non-member state” — a step they believe is likely to be approved with support from at least 126 members of the 193-member body.

Abbas is scheduled to meet French President Nicholas Sarkozy on Tuesday. He met on Monday with Juppé.

A US veto in the Security Council would carry diplomatic risks for Washington, which could find itself isolated alongside its longtime ally Israel during a period of unprecedented political turmoil across the Middle East.

It would also raise tension between the Palestinians and Netanyahu’s government, which has already seen its traditionally steady ties with major neighbours Egypt and Turkey deteriorate rapidly, compounding regional uncertainty.

US Secretary of State Hillary Clinton urged Turkey’s foreign minister on Monday not to do anything to worsen Ankara’s ties with Israel, which lurched into crisis after a deadly Israeli raid last year on a Turkish aid flotilla bound for Gaza, an Islamist-ruled Palestinian enclave under Israeli blockade.

Clinton, asked if there was any progress on the broader Palestinian impasse, said work continued.

“It’s early in the week. A lot of people are not even here yet and there’s been an enormous number of meetings,” she said. “But I think that everyone knows our position, and obviously our goal is a two-state solution and that’s what we’re going to keep working toward.” – Reuters

No incentive for peace talks despite end to Gaza war