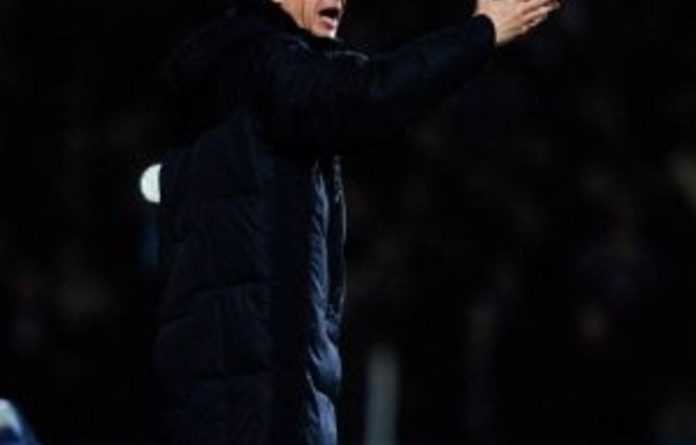 Arsenal avoided a humiliating League Cup third round exit against Shrewsbury as the troubled Gunners came from behind to win 3-1, while Manchester United cruised to a 3-0 victory over old rivals Leeds on Tuesday.

After Saturday’s 4-3 defeat at Blackburn condemned Arsenal to their worst start to a season for 58 years, chief executive Ivan Gazidis chose to publicly express the club’s support for boss Arsene Wenger.

But even Arsenal’s loyal board may have started to doubt Wenger when League Two Shrewsbury took a shock lead through James Collins at the Emirates Stadium.

Wenger has never hidden his distaste for the League Cup, yet he could hardly afford such a shocking defeat so soon after that incredible 8-2 loss at Manchester United.

So the Frenchman, who gave South Korean forward Park Chu-young his debut among 11 changes, must have breathed a sigh of relief as goals from Kieran Gibbs, Alex Oxlade-Chamberlain and Yossi Benayoun sent Arsenal, beaten by Birmingham in last year’s final, into the fourth round.

Chaos
Arsenal were in chaos early on as Mark Wright fired against a post and Shrewsbury went ahead when Collins powered home a header from Marvin Morgan’s cross in the 16th minute.

Arsenal equalised moments later through Gibbs’ header and young winger Oxlade-Chamberlain put the hosts ahead with a long-range shot that trickled past Shrewsbury goalkeeper Ben Smith.

That settled Arsenal’s nerves and a first goal for on-loan Chelsea midfielder Benayoun killed the tie.

At Elland Road, Michael Owen bagged a brace as Manchester United gained a measure of revenge for their shock FA Cup defeat against Leeds with a routine win.

Fighting fans
Sir Alex Ferguson’s team were left with red faces after Leeds, then languishing in League One, won 1-0 in the FA Cup third round at Old Trafford in January 2010.

But there was no repeat of that shock scoreline this time as Owen’s double and a Ryan Giggs goal secured an emphatic success on United’s first visit to Elland Road for eight years.

However, reports of fighting between rival fans outside the ground rather spoiled the occasion.

Ferguson made 11 changes after Sunday’s 3-1 win over Chelsea and United were in front after 15 minutes when Owen converted Park Ji-Sung’s pass.

Owen produced another cool finish for his second goal from Mame Diouf’s cross in the 32nd minute and Giggs put the result beyond doubt with a fine individual effort on the stroke of half-time.

Stoke beat Tottenham 7-6 on penalties after a dour 0-0 draw at the Britannia Stadium.

Thomas Sorensen was the hero for Stoke as the Danish goalkeeper saved a spot-kick from Massimo Luongo to end an epic shoot-out.

Newcastle in, Villa out
Newcastle left it late to go through with a 4-3 win at Nottingham Forest thanks to a goal from Fabricio Coloccini in the last minute of extra-time.

Aston Villa boss Alex McLeish won this tournament with Birmingham last season, but he won’t be going back to Wembley as Bolton won 2-0 at Villa Park.

Chris Eagles put Bolton ahead with a long-range blast in the 54th minute and Gael Kakuta’s strike handed McLeish the first defeat of his Villa reign.

Wolves boss Mick McCarthy made eight changes from the team beaten by QPR on Saturday, but his stand-ins still thrashed Millwall 5-0 at Molineux thanks to goals from David Edwards, Adam Hammill, George Elokobi, James Spray and Adlene Guedioura.

Blackburn built on the momentum from Saturday’s win over Arsenal as Steve Kean’s team beat League One strugglers Leyton Orient 3-2 at Ewood Park, with their goals coming from a Jason Roberts penalty and strikes from Ruben Rochina and Simon Vukcevic. — AFP