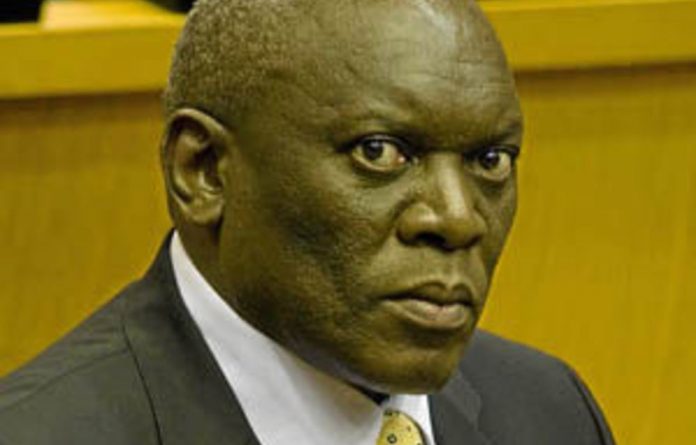 Intelligence Minister Siyabonga Cwele has financial interests in a company that has a stake in cellphone network Cell C. In his annual declaration to Parliament, Cwele lists shares worth R30 000 in Savula Investment Holdings.

Savula lists controversial businessman Sipho Gcabashe as a director and the company is chaired by Mpho Scott, a former ANC parliamentarian who resigned from Parliament in 2003 to pursue his numerous business interests.

Scott and Gcabashe have recently come under fire as shareholders of Dezzo Holdings, a politically connected company that was mysteriously awarded a R2.1-billion contract to build low-cost housing outside Pietermaritzburg.

The public protector’s office in KwaZulu-Natal and the Special Investigation Unit have said that they are investigating the matter.

Quizzed on his relationship with Gcabashe, Cwele’s spokesperson, Brian Dube, said: “Gcabashe is a public representative and an ANC comrade of the minister.

“To the minister’s best knowledge, the company [Savula], which has interests in a number of sectors, does not do any business with the state.”

All these contracts can be construed as doing business with government.

While Scott said Savula withdrew from its involvement with Swana in early 2000 and Savula had “not benefited 1c in terms of Prop 5 dividends”, Dube said Cwele resigned from his Prop 5 directorship only in 2006.

According to the Cipro database Cwele was a director of Prop 5 from 2000 until his resignation on March 9 2007. Scott withdrew from his Prop 5 directorship on the same day as Cwele.
According to the Prop 5 share register Savula sold its shares in Prop 5 in 2008.

Sheryl, too
To top it all, Cwele’s wife, Sheryl, who was recently convicted on drugs charges, is in business with Sibongile Swana and Scott’s wife, Ntombikhona Scott. All three are active directors of Sibonelo Investment Holdings.

Sibongile Swana was also involved in Swana Management Services when it partnered Savula to join the Prop 5 fold. The Prop 5 share register shows that when Savula disinvested a small parcel of 35 shares was allotted to Sibonelo Investment Holdings.

Prop 5 chief executive Mbali Swana, Sibongile’s husband and business associate, said Sibonelo Investment Holdings was formed by various businesswomen with the intention of looking into a few projects “that never took off”.

“In 2008 we dissolved the partnership because Savula was of no value to us. It couldn’t raise money for investments and we had to take on the debt ourselves. The dissolution was amicable. We have no relationship with Savula,” he said.

Scott said Savula was formed in 1999 for the express purpose of acquiring a 0.5% stake in Cell C. Describing the stake as “very minor”, Scott said Cwele was not a minister when the shares were purchased.

Operators must work together — if each network picks which sites to zero-rate, access to information will be determined by the colour of a person’s sim card
Read more
Videos

President Cyril Ramaphosa's Cabinet has been lauded for its inclusion of youthful faces and women.
Read more
Politics