Will ‘Baby Doc’ Duvalier ever face justice in Haiti? 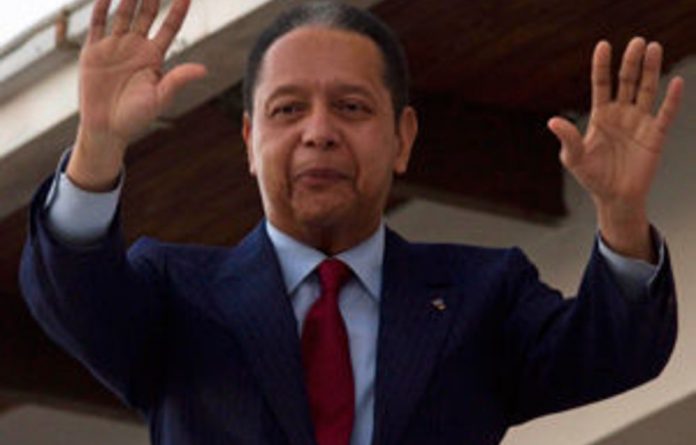 When Jean-Claude Duvalier touched down in Port-au-Prince in January, after nearly 25 years in exile, the former dictator said he had come to help.

“I’m not here for politics. I’m here for the reconstruction of Haiti,” Duvalier, better known as “Baby Doc”, claimed as he stepped off an Air France flight in the country’s crisis-stricken capital, levelled by a massive earthquake one year earlier.

Human rights activists and victims of Duvalier’s notorious 15-year regime had hoped for something else: justice. After decades of impunity they wanted Haiti’s former leader — a man accused of involvement in the murder and torture of thousands of opponents and of stealing hundreds of millions of dollars from one of the poorest nations on earth — to finally be punished for his crimes.

Yet eight months on from his dramatic homecoming, legal procedures against Duvalier appear to be stalling. Instead, the one-time playboy dictator, who took over from his father, Francois “Papa Doc” Duvalier, in 1971 at the age of just 19, is reportedly enjoying a cosy lifestyle in the city he once ruled with an iron fist.

An Amnesty International report, released on Thursday, is critical of the pace of investigations into Duvalier’s alleged crimes and says bringing him to trial is an “obligation under international law” as well as “a historical opportunity to start building a Haitian state grounded in the rule of law”.

“For 15 years, Jean-Claude Duvalier ruled Haiti with total disregard for the rights of the Haitian people. The grave human rights abuses perpetrated during those years still remain shrouded in absolute impunity,” the report concludes.

“Torture, enforced disappearance and extrajudicial executions were state policy under Jean-Claude Duvalier,” it says, outlining cases of opponents who were viciously tortured or spirited off to the squalid Fort Dimanche prison never to be seen again.

Speaking from Port-au-Prince, the report’s author, Gerardo Ducos, said a successful conviction would represent “a major blow against impunity in Haiti”.

“Duvalier came to power over 40 years ago and since then the victims of his regime have not seen a single case of reparation or even of recognition of what happened,” Ducos said.

One judge probing ‘very murky past’
Activists blame the snail’s pace of the investigation on Haiti’s chronically under-funded judicial system. Despite the case’s complexity, there is only one judge investigating Duvalier’s alleged crimes. “We have only one person trying to uncover a very murky past without any resources,” said Ducos.

As frustration grows, Duvalier, who is currently under a loosely enforced form of house arrest, is reportedly enjoying the high life in Petionville, a leafy hillside suburb of Port-au-Prince.

The Associated Press reported that Baby Doc had been seen “attending jazz concerts and dinners out of reach of all but a tiny fraction of the impoverished country”. Duvalier has also been spotted socialising at upmarket hotels and in friends’ villas. Duvalier’s lawyers have written the accusations off as political motivated and baseless.

Talking to Haiti’s Le Matin newspaper one month after Duvalier’s sudden return, one lawyer, Gervais Charles, described the charges as “a storm in a teacup”.

Ultimately Duvalier’s poor health and not the Haitian judicial system may represent the greatest hurdle. He was reportedly hospitalised with chest pains in March and victims fear he may die before they get their day in court.

“The prosecution will be very difficult — it will be a long case to follow,” said Ducos. “I can’t say I’m pessimistic — there is lots of pressure on the government to fulfill its obligation to bring justice. I’m 50-50.”

“Concluding a case like this needs lots of resources which Haiti’s government doesn’t have at the moment. Even if the Haitian government had all the resources at its disposal, without political will the case won’t go anywhere,” he added. – guardian.co.uk

Authoritarian leaders have often used natural disasters to tighten their grasp on power. We are seeing the same happen during the coronavirus crisis, in dictatorships and democracies alike
Read more
National