Abbas: UN will take weeks, not months on Palestinian bid 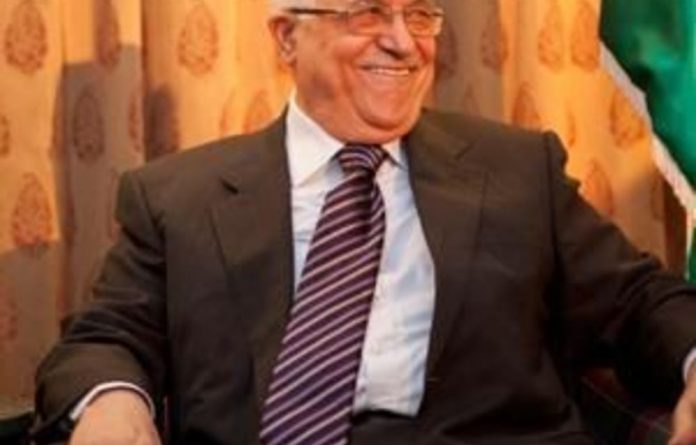 Speaking to journalists on his plane back from the General Assembly in New York where he presented the request to UN Secretary General Ban Ki-moon, Abbas said Security Council members had initially appeared unenthusiastic about discussing the application.

But the mood appeared to change after he made a speech to the General Assembly on Friday, pressing the case for an independent Palestinian state alongside Israel, he said.

The United States, Israel’s closest ally, has said it will block the application. Both governments say direct peace talks are the correct way for Palestinians to pursue peace. Washington holds veto power in the 15-member Security Council.

“We are talking about weeks not months,” Abbas said of the Security Council deliberations, adding that the process could take a maximum 35 days.

Abbas’s statehood bid reflects his loss of faith after 20 years of failed peace talks sponsored by the United States, and alarm at Israeli settlement expansion in occupied land that Palestinians want for a state.

Talking about a return to peace talks with Israel, Abbas said: “We will not deal with any initiative which does not contain a halt to settlement or the ’67 borders”.

Apart from the US veto threat, it was unclear if the required nine of the body’s 15 members would support the bid.

“Consultations continue, especially with Gabon, Nigeria and Bosnia-Herzegovina, which have yet to define their position,” Maliki was quoted as saying.

Abbas told the reporters accompanying him of a tense atmosphere during the week: “We held dozens of meetings with dozens of delegations which were trying to avert our going to the Security Council,” Abbas said.

Instead of going to the Security Council, the Palestinians, who have observer status at the UN, could ask the General Assembly to vote to upgrade them to a non-member state which would give them membership of various UN agencies.

The General Assembly vote requires only a simple majority.

In his speech to the General Assembly, Abbas said: “I do not believe that anyone with a shred of conscience can reject our application … and our admission as an independent state.”

But Israeli Prime Minister Benjamin Netanyahu, who spoke shortly afterwards, said peace could be achieved only through negotiations and dismissed the world body as a “theatre of the absurd.”

Quartet call
After the two men’s speeches, the quartet of Middle East peace negotiators — the United States, Russia, the European Union and the UN — called for a return to direct peace talks.

Netanyahu welcomed the quartet call but said the talks’ success depended on an equal willingness from the Palestinians.

“If the quartet is calling for direct talks without preconditions … I think this is a very important thing … if there is a will then it will happen and if not, it won’t and we have the will, let’s hope they [the Palestinians] do too,” Netanyahu said in an interview on Israeli Channel 10 recorded on Friday in New York and aired in Israel on Saturday night.

Abbas accepts negotiations are still necessary, but argues statehood will put Palestinians on a more equal footing. Israel sees the UN bid as an attempt to erode its own legitimacy.

Palestinians want to establish a state in the Gaza Strip, a coastal enclave controlled by Islamist Hamas who oppose peace talks, and in the West Bank with East Jerusalem as the capital, land Israel captured in the 1967 Middle East War. – Reuters