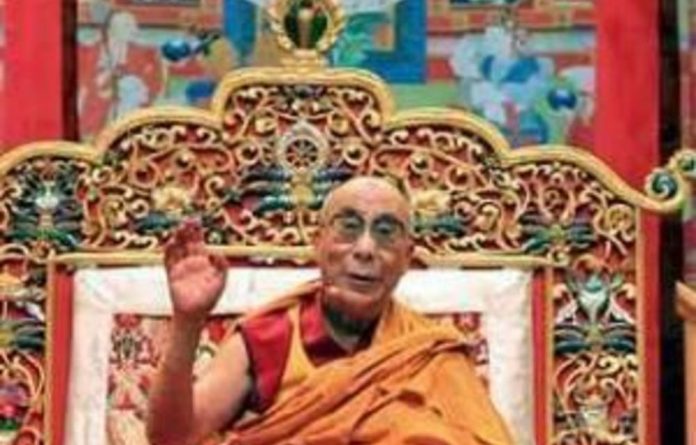 The Dalai Lama may have stepped down from his political role as Tibetan leader but China is clearly prepared to use its economic clout to ensure the Buddhist spiritual guide remains radioactive on the world stage. The technical excuses offered by the South African foreign ministry for dithering over an entry visa to the Dalai Lama are paper thin and have not spared the government the withering contempt of Archbishop Tutu, whose birthday celebrations are at stake, and derision from much of the South African press.

But President Jacob Zuma has already shown he would clearly rather endure these brickbats than lose Chinese investment, which has become a driving force in South Africa and across the rest of the African continent. In 2009, the government stopped the Dalai Lama from attending an event in the run-up to the World Cup, aimed at using soccer to combat racism, on the equally tenuous grounds that the visit would distract the media’s focus from the host nation.

China has recently invested $6-billion in South Africa, much of it in the mining, construction and financial sectors, and it has overtaken the United Kingdom and United States as the country’s biggest single trading partner. The economic relationship was capped by an invitation to South Africa to join the Bric alliance of Brazil, Russia, India and China in April this year. South Africa and China have increasingly aligned themselves on the international stage, most recently over Libya in the UN Security Council.

Diplomatic grudge
South Africa is particularly vulnerable to economic blackmail as high unemployment continues to threaten its hard-won political stability, and China has shown its readiness to carry a diplomatic grudge for years. When France’s Nicolas Sarkozy met the Dalai Lama in 2008, China immediately cancelled a planned summit with the European Union, and the Chinese premier, Wen Jiabao, avoided France on a European tour intended to develop business ties. In an attempt to avoid a similar fate, former British prime minister Gordon Brown made sure he met the Dalai Lama outside Downing Street to emphasis the spiritual rather than political nature of the encounter.

In this case, the 80th birthday of the country’s best-loved cleric, the personal nature of the visit is even clearer, but such distinctions are immaterial to Beijing, and South Africa does not have the clout to defend them.

If the Dalai Lama is barred however, it will extract a political cost for Zuma’s government, deepening already entrenched public cynicism. It is also likely to contribute to a continent-wide backlash against China’s increasingly heavy-handed presence in Africa — once welcomed as help from a developing world equal, but increasingly viewed as 21st century colonialism. – guardian.co.uk

The musician may not have known who to vote for, but he is in tune with our political past and present
Read more
World

Suu Kyi was once the darling of the foreign media, but her silence over the persecuted Rohingya minority has drawn widespread condemnation
Read more
Advertising
Continue to the category
Politics