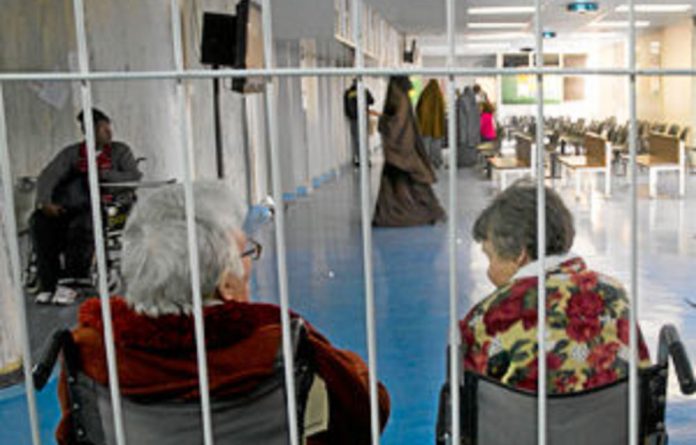 The proposed National Health Insurance (NHI) scheme will not have an impact on the demand for private health cover in South Africa if the quality of public healthcare remains dire, says a leading health economist.

He says that in the event of compulsory NHI contributions, South Africans will not substitute private health insurance for public healthcare — unless the state health sector undergoes a drastic revamp.

“If the quality of care provided in the public sector improves significantly, only the very rich will purchase private health insurance. But if there is no progress, there will be insignificant change in the demand for private cover,” Okorafor says.

If these estimates are accurate and there is no positive transformation of the public healthcare sector, Okorafor calculates that the demand for private health insurance in South Africa will decrease by less than 1%.

Some analysts have suggested that medical schemes will experience drops in membership by as much as 40% if NHI taxes are introduced. They say lower-income groups will not be able to afford private insurance premiums on top of the NHI tax.

But Okorafor argues that medical scheme members will “reprioritise their expenditure baskets to ensure that they are able to access higher quality healthcare” if government hospitals and clinics continue to provide poor-quality services.

Future of health insurance
The economist also points out that medical aid premiums may increase and employers may no longer be in a position to compel workers to belong to in-house medical schemes when NHI membership is enforced.

According to Discovery Health chief Jonny Broomberg, the future role of health insurance firms in South Africa will depend on how well the NHI is implemented over the next 10 to 15 years. If the scheme proves successful, he suggests, there may be a shift away from comprehensive to top-up medical scheme cover, in which case only insurance for services not provided by the NHI will be purchased.

Broomberg says it is significant that 11% of the United Kingdom’s population continues to subscribe to private medical schemes despite “an excellent public health system provided by the National Health System”.

“People purchase private insurance for increased choice and speed of access,” he says.

The NHI green paper has made several recommendations aimed at improving state health services in the next five years. These include the refurbishment of 122 nursing colleges, the introduction of “­district specialist health teams” and the establishment of public-private ­partnerships at six of the country’s biggest hospitals.

The paper says the quality of health services in the country will be monitored by a newly established “office of health standards compliance”, which will account to the health minister. For this reason Okorafor is concerned about the independence of such an office. In the UK a similar body, the Care Quality Commission that monitors the quality of all health and adult social care services, ­operates independently from the state.

South Africa’s private health insurance industry is also concerned about a proposal in the green paper that a single NHI fund be introduced by 2014.

Nkaki Matlala, chair of the Hospital Association of South Africa, says his organisation will urge the government to reconsider this proposal, according to which only the state will be permitted to administer NHI payments.

Processing claims
Matlala says the association, which represents private hospitals, plans to tender a submission by mid-October that will argue for private medical aid administrators to assist the state in processing NHI claims.

“Why not use the expertise that is available in the private sector to speed up the process?” he says.

Both the Netherlands and the UK use multi-payer systems to pay service providers.

Deputy director of public finance in the treasury Andrew Donaldson stresses that the government has not ruled out a “multi-payer arrangement” for South Africa’s NHI.

Donaldson, who has completed an extensive study of the financial implications of the NHI, says special taxes will not be introduced in the short term because South Africa’s “constrained fiscus” makes it difficult to raise additional taxes at this stage.

Donaldson says discussion papers will be released early next year before financing arrangements for healthcare under the NHI are made.

According to the green paper, private healthcare providers will be accredited from 2014 to participate in the NHI. Payments, however, are likely to be far less than those in the private sector.

Melanie de Costa from hospital group Netcare says her company remains prepared to “buy into the NHI” at lower rates than what the private sector offered, but it “would need to be able to cover our costs and make a small profit to be sustainable”.

Mia Malan
Mia Malan is the founding director and editor of the Bhekisisa Centre for Health Journalism at the Mail & Guardian. She heads up a team of fifteen permanent and freelance staff members. She loves drama, good wine and strong coffee, not necessarily in that order.
Facebook
Twitter
WhatsApp
Linkedin
Email
Telegram