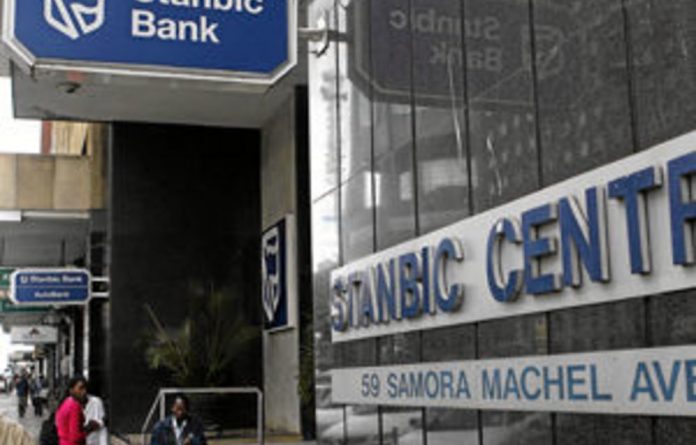 As Zimbabwe begins investigating 700 foreign-owned companies that missed this week’s deadline to submit plans on the sale of majority shares to locals, investors are looking to a deal struck by Old Mutual for clues on compliance.

Empowerment Minister Saviour Kasukuwere wants the companies to submit “acceptable” proposals but the guidelines on what exactly is required remain vague.

The Old Mutual deal involves the parcelling out of cash and shares to several groups and putting up cash for farmers and the construction of low-cost homes.

Wilson Gwatiringa, head of a board tasked with monitoring compliance with the empowerment law, said firms yet to submit proposals would face “serious consequences”, which would include “cancellation or suspension of operating licences as well as payment of hefty fines”.

A team of officials from Kasukuwere’s ministry and the police had been set up to investigate non-compliant firms, he said.

Under the law, foreign investors must sell 51% of their equity to local black people by 2015.

Threats over missed deadlines are not new and it remains to be seen whether government will carry out its threats. Industry Minister Welshman Ncube said the law required the minister to demand revised proposals only when no acceptable offer had been made. “This thing about cancellation of licences is not in the law,” he said.

There is growing suspicion within the government that the constant threatening of foreign firms could be a ploy by some leaders to profit by offering “protection” to foreign investors. Also differences have appeared among Zanu-PF ministers over how the law should be applied.

Kasukuwere issued threats but Mines Minister Obert Mpofu said only he had the power to cancel licences. “The discussions that have been taking place have not been exhausted,” Mpofu said.

Structuring the proposal
Many companies have been watching to see how Old Mutual would structure its empowerment proposal. The company, the largest of its kind on the Zimbabwe stock exchange, has significant commercial property holdings and is the largest provider of insurance in the country.

As a first step towards the required 51%, Old Mutual agreed to set aside 25% for staff, pensioners, policyholders, a youth fund and black investors.

According to Kasukuwere, Old Mutual policyholders will get a 10% stake and workers 9%, with the rest being placed in a “youth development fund”. Old Mutual will give a $10-million grant to the youth fund, and also set up an additional $1-million from the Old Mutual Fund.

The company will spend $15-million building 1 500 houses in Budiriro, a township in Harare and contribute to the $40-million national housing fund. A 3.5% shareholding will be sold to private investment partners.

It is unclear whether Old Mutual has already identified those partners, or whether the government will hand pick investors, which, under some interpretations of the law, Kasukuwere is entitled to do.

Old Mutual will hold discussions with the government in November on the sale of the remaining 26%.

The deal was a surprise, as the government rejected a proposal by Zimplats, a subsidiary of South Africa’s Implats, that would take social investment into account. Zimplats was told to submit a revised proposal by November 15.

Other companies are also selling shares to staff in a bid to meet the requirements. Meikles, which owns hotels, department stores and jointly owns a supermarket chain with Pick n Pay, plans to sell 10% of its shares to staff.

The international heads of companies operating in Zimbabwe have been queuing up to see Kasukuwere. Last week, he met Standard Chartered’s chief executive for Africa, Diana Layfield, who reportedly insisted on the holding company retaining a majority share of Standard Charted Bank Zimbabwe. The bank offered 10% to locals, but Kasukuwere said the government would not accept any plan that left control in the hands of foreigners.

“The law is clear. It’s 51% shareholding to indigenous people, not the 10% they are talking about. Their plan is unacceptable,” he said.