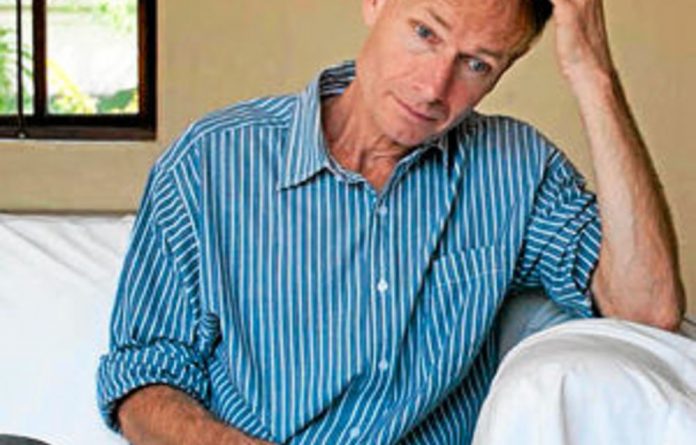 Sean Davison, due to stand trial in New Zealand next month for the attempted murder of his mother, has launched an organisation to campaign for the legalisation of euthanasia in South Africa.

Davison founded the organisation Dignity South Africa after he was released on bail and returned to South Africa in September.

“Since the organisation was founded, I’ve heard terrible stories of people who went through similar things as me,” said 49-year-old Davison, a University of the Western Cape academic. “The stories are so dreadful, this issue needs to be talked about.”

Dignity SA aims to inform the public about the positive side of euthanasia and seek a change in South African law.

“I’m a criminal when I’m not,” Davison told the Mail & Guardian. “While I respect that the law must take its course, not all laws are good.”

Dignity SA is seeking a legal procedure in which those wanting to be euthanised will apply to an independent panel that would look at each case individually.

“It will be a kind, compassionate process with a panel that includes doctors, legal advisers and counsellors,” Davison said.

“We’re very aware of what people call the slippery slope, the potential abuse of the system. The person applying would have to be terminally ill, and his or her life absolutely miserable.

“Individuals must apply in a sane state of mind. We have to draw lines, otherwise we will never get it accepted. We must have really strict criteria.”

The system has precedents in Switzerland and the state of Oregon in the United States.

Raising issue
Dignity SA’s campaign raises an issue that was first canvassed in the country in the late 1990s, when the Law Reform Commission launched an investigation into whether active and passive euthanasia should be legalised in the tentatively named End of Life Decisions Bill.

The commission drafted a bill legalising passive euthanasia — the withholding or withdrawal of artificial life support without which a person would die naturally.

Section 4(1) of the draft Bill says: “Should it be clear to a medical practitioner or a nurse responsible for the treatment of a patient who has been diagnosed by a medical practitioner as suffering from a terminal illness that the dosage of medication that the patient is currently receiving is not adequately alleviating the patient’s pain or distress, he or she shall — with the object to provide relief of severe pain or distress, and with no intention to kill — increase the dosage of medication (whether analgesics or sedatives) to be given to the patient until relief is obtained, even if the secondary effect of this action may be to shorten the life of the patient.”

The Bill was shelved in 1998, after the South African Medical Association decided that more discussion was needed in the medical profession.

“The Bill is gathering dust on a desk somewhere,” said Melodie Slabbert, medical law professor at Unisa. “Doctors are afraid to expose themselves to criminal liability. There’s a concern among doctors that they won’t be able to make a correct assessment once a person is at that point where they can be euthanised. Mental suffering, like depression, was also not discussed.”

Slabbert said that the Bill was not a government priority.

“There’s a lack of political will to get this legislation moving. More than 10 years have passed and public opinion has changed. We need to put this issue on the table again.”

Davison’s legal ordeal began in 2006, when his mother was 85 years old and in the final stages of terminal cancer.

On a visit to New Zealand to say goodbye to her, she asked him to end her life.

“My mother thought she would die quickly,” Davison said. “But when she didn’t, she went on hunger strike and wrote a living will saying that she didn’t want to be fed. After five weeks of hunger strike, she was still alive but practically decomposing. She was experiencing the horrible death she had been trying to avoid.”

On his mother’s request, he administered a lethal dose of morphine.

After his mother’s death, Davison wrote a book about the experience. The manuscript ended up with the police in 2009 and he was charged last year.

“You have to really put yourself in that situation before you judge me,” he said. “She was determined to die.”

If you are arrested and fined in lockdown, you do get a criminal record if you pay the admission of guilt fine
Read more