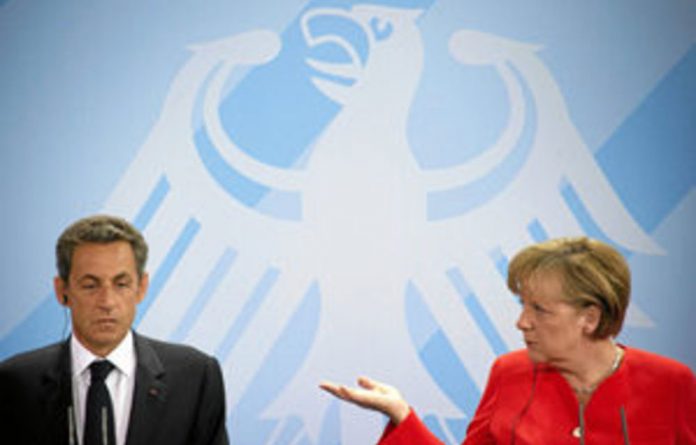 You know as a country these days that you are in some kind of financial crisis when Michael Lewis shows up.

The author of Liar’s Poker, about his experience as a bond salesman on Wall Street in the 1980s, Lewis is the go-to guy for reporting on economic collapse from Iceland to Greece.

He uses his writing skill to unpack financial issues, laying complexity bare for readers, most often of Vanity Fair, celebrated for its accessible coverage of the global meltdown of 2008 and events thereafter.

Lewis recently found himself in Germany, the potential ultimate saviour for the debt-ridden eurozone, to check out its attitude to debt.

He found that Germans have a deep distrust of debt. While much of the developed world racked up debt in the times of cheap money, there was no credit boom in Germany. House prices were flat. The Germans don’t do property bubbles.

But for all their prudence, the Germans have a dirty little secret. “Other countries used foreign money to fuel various forms of insanity. The Germans, through their bankers, used their own money to enable foreigners to behave insanely,” writes Lewis.

He says: “During the boom, German bankers had gone out of their way to get dirty. They lent money to sub-prime borrowers, to Irish real-estate barons, to Icelandic banking tycoons to do things Germans would never do.”

The Pigs
Just how exposed are German banks to Greece and the rest of the so-called Pigs (Portugal, Ireland, Italy, Greece and Spain) in the event of a debt all-fall-down?

Bloomberg cited data from the Bank of International Settlements, which shows the exposure of German banks to Greece totalled $23-billion at the end of March this year. That included $14-billion to the public sector.

Bloomberg reported that banks in Germany and France had a combined $119-billion exposure to Greece and $909-billion to the other Pigs.

“Overall, European banks have $253-billion in Greece and $2.1-trillion in the other Pigs,” Bloomberg reported.

It quoted Klaus Baader, an economist at Société Générale in London: “The exposure is enormous. The crisis in Greece isn’t Greece’s problem alone but a concrete problem for the whole banking sector.”

“In the game, Greece is the mouse and the elephant in the room is the banks,” Alberto Gallo of the Royal Bank of Scotland told Bloomberg. “The problem is that the banks hold each other’s bonds.”

For context, the Germans have been outperformed in the loan stakes by French banks that have significantly more exposure to Greece and the other Pigs.

But the German case is exacerbated by the fact that two banks that got state support in the credit crisis are likely to be hardest hit by a Greek default and the fallout that could follow.

Bloomberg reported that Hypo Real Estate Holding AG and WestLB AG would be the hardest hit, “leaving taxpayers to shoulder the bill a second time”.

The two bear more than half the Greek debt of German banks.

This story is often portrayed as German Chancellor Angela Merkel caught between frugal Germans and profligate Greeks, but you have to think that at least some German anger is directed at profligate German banks that have juiced the Greek’s non-stop party.

There is progress. When the issue of saving Greece from itself first raised its head, lenders were adamant that they would not contemplate losses on their investments.

The bailout package announced some months back, but to date not yet implemented, called for haircuts (losses) of about 20% and longer repayment terms. Now the suggested haircuts will be more like 50%, if not higher. It may be easier for Merkel to sell taxpayers the fact that the pain is being shared with private investors.

The US gave the world sub-prime and Lehman Brothers. The last financial crisis gave it really cheap money as spooked investors fled to the security of US treasuries.

Germany has been second only to France in Europe in juicing their poorer cousins with cheap money but, as fears of systemic failure in Europe have grown, investors have been flogging other investments, including gold, and rushing to the most liquid and secure investments they can find. Chief among these are US treasuries and German bunds, where 10-year bonds are at or below 2%. In Germany’s case the rate is 1.6%, the lowest since Bloomberg began keeping records in 1989.