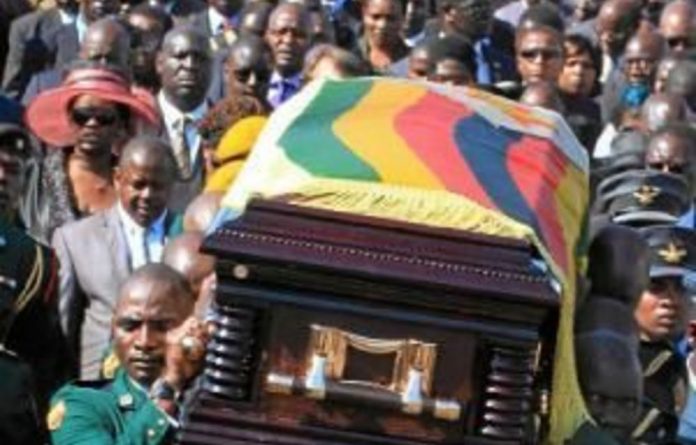 Zimbabwe lawmakers on Thursday called on the police to release the outcome of a probe into the death of former army chief Solomon Mujuru who was killed in a mysterious inferno nearly two months ago.

“Those investigating the general’s death must know that Zimbabweans are waiting eagerly to hear their findings,” MP Trevor Jones Saruwaka from Prime Minister Morgan Tsvangirai’s Movement for Democratic Change party said in Parliament.

“The longer they take the more suspicious the nation and people of Zimbabwe become.”

Simbaneuta Mudarikwa, a member from Zanu-PF, lamented the death of “a great freedom fighter” and “giant of all giants” saying “the truth shall come out of the cause of his death”.

Mujuru, a commander of Zimbabwe’s liberation war fighters and first post-independence army chief, was killed in a fire at his farmhouse and his burial ceremony was attended by around 40000 people across political parties.

Cause of the blaze unknown
The cause of the fire remains unexplained and his wife, Vice-President Joice Mujuru, has said her family was troubled by the strange circumstances of her husband’s death.

Minister of Parliamentary Affairs Eric Matinenga said the way Mujuru died had left many questions unanswered and the investigators should make public even scant findings they may have made so far to avoid wild speculation.

“We are concerned about what we read in the papers about the manner in which the scene of this unfortunate occurrence was managed or mismanaged,” Matinenga said.

“Although the final investigations are still to be completed, the persons charged with these investigations should take the people of this country in their confidence no matter how little information they are able to give us because if they don’t make this information available then speculation will run riot.”

“Comrade Mujuru was above party politics and would interact with anybody,” Zhanda said. “He was a person who used to tolerate different views.”

Deputy Prime Minister Arthur Mutambara described Mujuru as the man who made Mugabe when he accepted him as the leader of the liberation fighters for the 1970s war for independence.

“Comrade Mujuru was a man of impeccable war credentials.”

MDC lawmaker Tangwara Matimba said: “I am a bit worried that General Mujuru had to die in the circumstances in which he died.”

Eddie Cross, another MDC legislator, said it was a “tragedy that he died in this particular manner”.

Police say they will make their findings public at an appropriate time. — Sapa-AFP