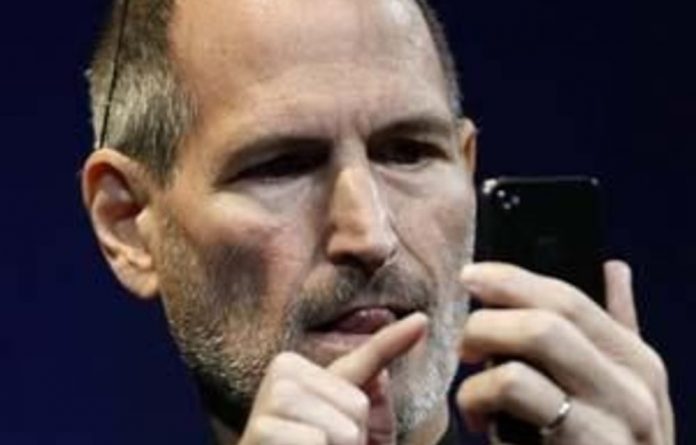 Steve Jobs, who has died aged 56 following a long battle with pancreatic cancer, made an unprecedented impact on the world’s consumer electronics markets with a string of hit products, including the iPod, iPhone and iPad. In little over a decade, he took Apple — the company he co-founded in 1976 — from near-bankruptcy to being the world’s second most valuable company by market capitalisation, after the oil giant Exxon, with more than $50-billion in the bank.

The iPod, iPhone and iPad were all relatively late to market, were expensive, and, in their initial versions, lacked important features. But Apple’s products not only came to dominate their rivals, they redefined large areas of three whole industries: music, mobile telephony and personal computing. Through his animation studio, Pixar, and films such as Toy Story (1995), Jobs also helped change the movie industry.

To an unusual degree, Jobs was responsible for Apple’s success. He has been described as a “control freak” and was known for rejecting hundreds of ideas in the quest for his personal idea of perfection.

Nothing in the first 45 years of Jobs’s life suggested that he would have so much impact on the consumer electronics and media industries. Born in San Francisco, the child of two graduate students, he was adopted, and named, by Paul and Clara Jobs. He grew up in Mountain View, close to the heart of Silicon Valley. While at Homestead high school, he went to after-school lectures at Hewlett-Packard in nearby Palo Alto, and he and his friend Steve Wozniak got summer jobs there.

After finishing high school in 1972, Jobs moved north to study at Reed, an expensive liberal arts college in Portland, Oregon. He dropped out after one term, but continued to go to some classes, including a course on calligraphy. He grew his hair and a beard, slept on friends’ floors, and sometimes went to a Hare Krishna temple for free meals.

The hobby
At this point, Jobs had a limited education, and no obvious talents, apart from a notorious ability to talk people into things. (Later this became known as Jobs’s “reality distortion field”.) However, he did have a devoted friend who was an electronics genius. Wozniak could design circuits with fewer chips than anyone else, and he enjoyed the challenge. It was a talent that Jobs exploited in the creation of Apple Computer. However, they were a team. Without Jobs’s ambition, constant prodding, and the talents that he rapidly developed — high design standards, the ability to make deals and, soon, great marketing skills — Wozniak might well have spent a quiet life designing hardware at HP. Wozniak could design computers, but Jobs could create markets.

The first Apple computer was a hobbyist machine in a crude wooden box. It was assembled by hand at Jobs’s parents’ house and sold for $666.66. It made Jobs realise that, in order to compete, Apple had to be set up as a proper company, with financial backing and an experienced chief executive. That happened with an investment from a former Intel employee Mike Markkula, and the appointment of Apple’s first CEO, Mike Scott.

Wozniak’s follow-up, the Apple II, was beautifully designed, had a strikingly original case, and its easily accessible expansion slots meant it could be adapted for almost any purpose. Its built-in graphics and expandability were marked advantages over most early rivals, and it was a huge hit. It dominated the US market until the IBM PC was launched in August 1981, and continued to sell for years.

The resulting wealth and fame had an unexpected consequence. In February 1981, Wozniak had been injured after crashing his Beechcraft Bonanza while taking off from a local airport. Apple’s computer development continued without him, and Jobs took over the direction of the Macintosh project from its originator, Jef Raskin. This would be Jobs’s computer, not Wozniak’s.

Jobs had a number of ideas for the Mac, which was intended to be the first mass-market computer based on using a mouse and a graphical user interface. These ideas had been developed by Alan Kay and other computer scientists at Xerox PARC (Palo Alto Research Centre). They had been tried in the high-priced Xerox Star workstation and, later, in Apple’s Lisa ($9 995), without finding commercial success.

The Mac was launched with one of the most famous TV adverts in history, titled 1984 and given a single showing during the Super Bowl, though there were also 20-page adverts in the major US magazines. Bill Gates, chairperson of Microsoft, appeared on stage with Jobs at the Mac’s launch, praising the machine and promising Microsoft’s software support. The graphical versions of Word, Excel and PowerPoint were all written for the Mac, as was the first Microsoft Office. But the Mac flopped.

‘No sex in them anymore’
In 1985, Apple closed half its six factories, shed 1 200 employees (a fifth of its staff) and declared its first quarterly loss. Jobs was forced out, but set up a new company, NeXT, to produce a powerful, futuristic Unix workstation for business and higher education users. He took several Apple employees with him, including brilliant members of the Mac team. Although the company attracted a lot of financial backing, and Tim Berners-Lee developed the World Wide Web on a NeXT Cube, sales were dismal. The company ditched the hardware and switched to selling the operating system, but it was still failing.

Everything changed after Microsoft launched Windows 95, which finally took the mouse and graphical user interface to the mass market. Apple’s annual turnover slumped from $11.1-billion in 1994 to $5.9-billion in 1998, it lost money, and there were several attempts to sell the company. Apple’s board installed one of its members, Gil Amelio, to turn things around, but that didn’t work either. As Jobs said later: “The products suck! There’s no sex in them anymore!”

Mac OS software development had stalled, and Amelio knew he had to buy in a new operating system to replace it. The early betting was on Jean-Louis Gassée’s BeOS. (Gassée had replaced Jobs as head of Macintosh development, then left to develop the BeBox as a Mac replacement.) However, at the end of 1996, Amelio bought NeXT instead. Jobs, the super-salesman, had struck again. Apple paid $429m for NeXT after telling Gassée that his $275m price was too high.

Jobs was now back at Apple as Amelio’s advisor, though it was something of a reverse takeover, with former NeXT staff such as Avie Tevanian and Jon Rubinstein taking charge of Apple’s software and hardware respectively. Whatever his official status, no one had any doubt who was running the show. This time, Jobs staged the boardroom coup, and he became “interim CEO” in September 1997.

Turning Apple around was not easy, even for Jobs. More than a dozen Mac models were replaced by the iMac, followed by the portable iBook and a NeXT-like G4 Cube. NeXT’s NextStep was adapted to provide the new operating system, Mac OS X.

Even saving the Mac would have left Apple with limited prospects in a Windows world. As Jobs had said before the NeXT takeover: “If I were running Apple, I would milk the Macintosh for all it’s worth — and get busy on the next great thing. The PC wars are over. Done. Microsoft won a long time ago.”

True to his word, Jobs went in a different direction, launching the iPod in October 2001, and the iTunes music store in April 2003. These put Apple on a growth path. When Jobs followed up with the iPhone in January 2007, he was confident enough to drop the Computer part of Apple’s name. Annual sales soared from $8-billion in 2000 to $65-billion in 2010.

Jobs is survived by his wife, Laurene Powell, whom he married in a Buddhist ceremony in 1991, and their three children, Reed, Erin and Eve; by his daughter, Lisa; and a sister, the novelist Mona Simpson. —

More than 74 000 people have now been infected by the virus in China, with hundreds more cases in some 25 countries
Read more
Friday

M&G sat down with ‘Old Man Ebro’ during his Apple Music trip to SA, to see what a few minutes of conversation could produce. Apparently, a lot...
Read more
World

The tech giant's pulling of HKmap.live was blasted as bowing to China
Read more
Opinion

How to (kind of) make it as a M&G columnist

There will be rejection in the form of no replies, which will haunt you for days. Keep going.
Read more
Opinion

If we are not thinking of a quill, when we say someone has “penned” a book, are we thinking of a standard ballpoint pen?
Read more
Advertising