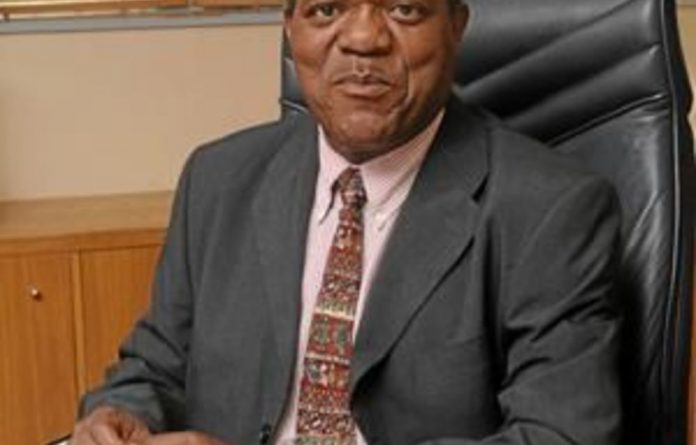 Two related legal actions will follow hot on the embarrassing heels of the scandal that recently enveloped Tshwane University of Technology (TUT) vice-chancellor Johnny Molefe, whose doctorate is unrecognised by any authorised accrediting body in the world.

In the first, members of the TUT council that defied Higher Education Minister Blade Nzimande by appointing Molefe have applied to the North Gauteng High Court to overturn the minister’s appointment of administrator Themba Mosia.

Nzimande invoked legislation to dissolve the council in August and to authorise Mosia to assume its governance functions.

In the second action Molefe will seek an interdict against Mosia’s moves to place him on special leave pending an investigation into the alleged bugging of TUT telephones and emails.

The interdict will be lodged next week, Daniel Ramothwala, Molefe’s attorney, told the Mail & Guardian.

The second-largest university in the country, with about 60 000 students, TUT is under administration, by Nzimande’s order, and the council no longer exists. The ministerial move was provoked partly by the questionable doctorate, which the South African Qualifications Authority (Saqa) refused to accredit, first in 2007 and again this year.

It emerged earlier this year that Molefe’s doctorate in business administration had been obtained online, after two years’ part-time work, from a shadowy Caribbean outfit whose degrees Saqa declined to recognise and which this year the authority said it could no longer find. “It’s gone,” Saqa told the M&G in August.

The applicants in the action against Nzimande are prominent businessman Malesela Motlatla, the former council’s chairperson, and Samuel Matlejoane, the deputy chairman. The other 17 former councillors are named in the court application “for notice purposes since they clearly have a direct and substantial interest in this application”, the papers state.

The application argues that TUT came nowhere near the dire governance conditions the law says must prevail to justify the appointment of an administrator. It follows that the “true reason for [Nzimande’s] actions” in dissolving the council and appointing Mosia “shine through”, the papers say: he wanted Molefe removed.

The second legislative requirement is that a university must display other signs of serious mismanagement. But for the whole of 2010 and this year “there have been none of the disturbances from a labour perspective or from a student perspective that troubled the university” in 2009 and before that as a result of the 2004 merger of three institutions to form TUT, the papers say.

Correspondence between Nzimande and the TUT council from March to August shows the minister’s “true intention” was to prevent Molefe’s appointment, the papers argue. Molefe had been acting vice-chancellor since last year and was one of five candidates shortlisted for the top post.

But Nzimande’s “disagreement” with the council over Molefe does not constitute the “jurisdictional fact” required in law to justify the appointment of an administrator, the application says.

Speaking on behalf of the two applicants Ramothwala said: “You can’t send in an administrator if you’ve heard the vice-chancellor has a fake degree.”

The application also argues that Nzimande has combined in Mosia two roles that the law says must be separate: that of a university’s accounting authority (normally a council) and of the accounting officer (normally a vice-chancellor).

Gwebs Qonde, the director general of higher education, did not respond to a request for comment.

The application also argues that Mosia is not qualified to perform the roles Nzimande has given him. He has never been a vice-chancellor and his highest position is his present one of registrar at North-West University.

Mosia told the M&G he had 26 years “of relevant experience in management, teaching and governance” at universities. He also had “a relevant, recognised PhD in governance in higher education”.

He declined to comment on correspondence recorded in the application between himself and Molefe. He also said he could not comment on the interdict Ramothwala was preparing on behalf of Molefe to prevent him (Mosia) from placing the vice-chancellor on special leave.