Want to be fit? No sweat! 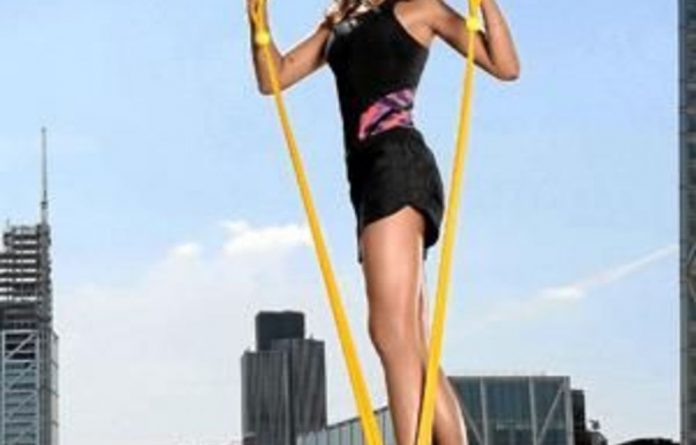 It is a testament to mankind’s determination to exercise without doing any, you know, actual exercise that news that a lumpy flip-flop will not, in fact, tone one’s muscles has been deemed so momentous that its maker, Reebok, has to shell out $25-million as a settlement. $25-million!

Because of a lumpy flip-flop! If this announcement hadn’t come with the stamp of the United States Federal Trade Commission (FTC) on the press release, one might have thought that it was an Onion sketch.

The adverts for these Reebok EasyTone flip-flops (R700) and the shoe versions, EasyTone walking shoes and RunTone running shoes (R1 000 and R1 200 respectively), claim to exercise what the FTC insists, delightfully, on referring to as “the buttock” using a special and possibly magical concept called “micro-instability” — which might have hinted that these extraordinarily popular shoes possibly wouldn’t do very much at all for one’s buttock. But, as anyone who has ever seen an infomercial for a piece of exercise equipment knows, cod-science claims are as de rigueur in this genre as references to the Greek philosopher Gluteus Maximus.

On Wednesday last week, the FTC announced that Reebok has agreed to stump up the money after its adverts — which promised that the shoes were “proven to strengthen hamstrings and calves by up to 11% and tone the buttocks up to 28% more than regular sneakers, just by walking” — were deemed to be not that true. In fact, they were downright “deceptive”, according to the FTC, and Reebok is now banned from, to put it bluntly, talking codswallop in their adverts.

For the first time in my life, I can say that I’m looking forward to the next Reebok advert, as I can’t imagine how a sports shoe advert would work without “misrepresenting tests, studies or research results” or “making claims that — using the footwear will result in a specific percentage or amount of muscle toning or strengthening, unless the claims are true and backed by scientific evidence”. Imagine it: “Um, here’s a shoe. It’s a lot like a lot of other shoes out there. But maybe you should buy this one because it’s got a Reebok logo on it? And Reebok used to be quite cool. Um, somewhere?”

But NonTone lumpyshoes, as Reebok’s footwear ought to be known in this brave new world of honesty in which the sports shoe must now reside, are hardly the only indicators of a desire for fitness without doing what is conventionally considered exercise. Fantasy coupled with greed rather than necessity are, in the world of exercise equipment and infomercials, in particular, the parents of invention.

So here, using the same rigorous scientific testing as an inventor of a lumpy flip-flop, are the official top five daftest examples of the beauty of capitalism. Remember: 60% of the time, it works every time.

4. You know, if I didn’t have to pay for it, I’d like a Body Blade. Look at it wiggle! It’s like a didgeridoo but without the noise factor. Now That’s What I Call a Conversation Piece. Invented by a gentleman who describes himself as “a functional physical therapist”, this claims to “work your body from the inside out — and it does it automatically!” So automatically, in fact, that none of the people around him appears to be breaking a sweat, even the woman next to him who is, I think, wearing a blouse. Fellow citizens, I know you want your exercise to be effortless but there’s effortless and there’s standing still holding a wiggle stick.

2. Ooh, more ladies having sex! I mean, using another piece of exercise equipment. Women, do you want to ride what is basically a mechanical bull in the comfort of your own home? Then the Osim Gallop is for you! This is perhaps the most perfect exercise infomercial ever conceived as it combines the whole ladies-acting-a-bit-porny trope with the basic desire to exercise without getting off one’s ass.

“This is not a workout,” intones the voiceover. Ya don’t say. —

How to get the most out of your gym membership

Vibrations shake it up, for some

Gogos step up for peace of mind