African-Indian investment: Ripe for the picking 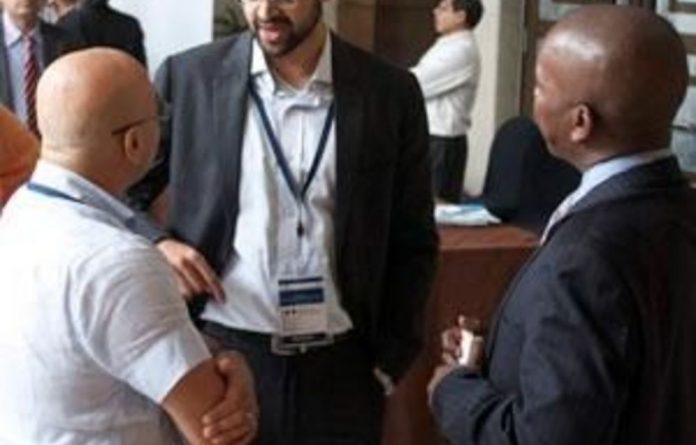 Africa is the world’s final economic frontier and India best make haste while the sun shines, a business symposium about African investment in Mumbai, heard on Wednesday.

“The European economic scramble for a foothold in Africa has come and gone. We are now in the midst of a new economic push with new players who need to move quickly,” Robert Appelbaum, head of WW’s India Practice Group told approximately 150 delegates from across the subcontinent.

Great margins
Experts from various sectors including banking, infrastructure, logistics, the legal fraternity and minerals and energy were quick to illustrate the positives of doing business in Africa — as well as spell out the challenges.

Vikas Sagar, principal at the business advisory consultancy Mckinsey & Company perhaps provided the biggest indication of the potential benefits, delivered through a report entitled: “Lions on the move in Africa“

The report illustrates massive growth prospects in Africa across numerous sectors, which is supported by the continent’s mineral deposits and growing consumer appetite.

“Returns on investment in South Africa are typically higher than imagined and the risks tend to be overstated. There is excellent dividends waiting for investors, you just need to go and get them,” said Sagar.

Keen to explore
Speaking to several potential investors attending the conference, it would seem the appetite for growing businesses in emerging markets across the African continent is certainly present.

“In Africa alone the margins are great and if you are in South Africa, your company portfolio immediately benefits. It is a land of opportunity and it is going to be the new market for everything,” Mehboob Hudewale, business development manager at pharmaceutical company Glenmark told Mail & Guardian.

This sentiment was echoed by Pranjali Bagchi, an associate from global investment banking group Elara Capital, who said Africa offers a new hope.

“I have a lot of clients that are actively trying to enter Africa and it makes sense: Every country reaches their saturation level and the US and European markets have reached that point. Africa is becoming an emerging story and it’s far safer than one would think — particularly South Africa and Nigeria.”

Attractive but risky
Despite the apparent optimism, there was a feeling of caution among investors.

African investment hasn’t picked up at the rate it ideally should, even though people are mentally there. They are very skeptical when opportunities like this come their way; they need to analyse it from every angle. It’s a road that has been treaded by others but investors want to take it themselves,” Bagchi said.

Hudewale also told of his worries about South Africa “becoming another Zimbabwe”.

“BEE [black economic development] is a big worry. I worked in South Africa for two years, based in Randjiesfontein and on the whole the workforce isn’t great. Its not a lack of skills but a question of attitude,” Hudewale said.

There is however a sense that it won’t stop investors.

“I worry about political instability in particular. What we read in newspapers and see on TV is not a great picture. But if that improves, then I think a lot more business will come Africa’s way — with challenge comes opportunity,” Shreesh Patwardhan, an executive at the Pune-based Dynamic Logistics told the M&G.

African mindset
Speakers at the conference did not mince their words when it came to spelling the pitfalls of doing business in Africa, which Jan Hollliday — head of public policy for Africa at logistics company DHL described as “like no place on earth”.

“In Africa, you must adapt to the way of business. You’ll never force a Swiss or American way of thinking,” he said.

Offering some insight into how best to go about investing in Africa, Holliday suggested operating with reverence to the continent’s people.

“Don’t play colonial games in Africa. We are all human and have our own dignity and respect — don’t take shortcuts.

Some will always benefit more than others but at the end, some opportunity needs to come back to the locals. Do that and you’ll be fine,” Holliday said.

Flying under the radar
While many of the gathering’s attendees were quick to point great profit margins and excellent returns as the main reasons for bringing their business to Africa, others revealed a possible nefarious side to things.

“The regulatory terms are not that stringent as in other countries and that makes business a lot easier. The registration processes are simpler and it allows for our processes to run a lot smoother,” a representative from a multi-national pharmaceutical company who preferred to remain anonymous said.

While this may not signify any real threat of malice on the part of Indian investors, a director at a Delhi-based investment conglomerate suggested otherwise.

“Wherever we say a deal we’ll go there and chase the money. It is a non-regulated market and we will capitalise on it if we can,” said the source, who also requested to remain anonymous.

Nonetheless, many delegates at the conference were quick to point out that Indian investment is far more responsible than other foreign capital.

Arshad Dudhia, a lawyer at Musa Dudhia in Zambia maintains the potential business opportunities between Africa and India are mutually beneficial.

“Economic development benefits all and the way India does business out of their country is far more responsible than countries like China. An Indian investor will try their utmost to adhere to labour laws and the like, whereas other investors wouldn’t necessarily do that — they’d simply get into trouble and ask for forgiveness after,” Didhia said.

It would be safe to say that while Africa needs more investment, it is hoped that any potential investors remain true to what Didhia attests.

Nevertheless, the conference certainly hit home that if there is interest, investors should move as soon as possible.

“Those who don’t invest in Africa now will ask themselves in 10 years: Where were we? Why didn’t we do this sooner? Africa is on the brink of where China was 20 years ago and where India was a decade ago. The time for the new economic frontier is now” said Karim Anjarwalla, managing partner at ALN.

The conference moves from Mumbai to New Delhi on Friday.

The economy is in a depressed state, and Finance Minister Tito Mboweni has called for cautious use of the country’s finances to avert plunging into a sovereign debt crisis
Read more
Advertising
Continue to the category
Politics