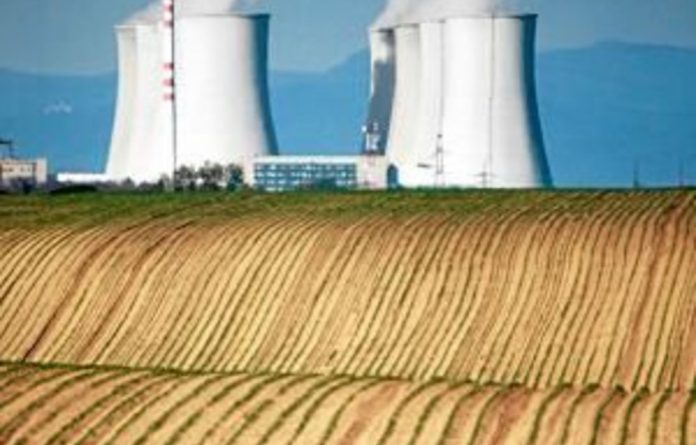 The Mail & Guardian‘s front-page story last week (October 7) highlighted the upcoming nuclear battle for a total of R1-trillion worth of reactors in South Africa and the fact that the country is being forcefully lobbied by the French and other nuclear countries. The exorbitant costs and the nuclear industry’s desperation prove that it is absolute lunacy for South Africa to choose the nuclear route.

Governments around the world are rethinking nuclear energy after the Japan nuclear disaster. The German government has decided to phase out nuclear energy and in a recent referendum in Italy, 95% of Italians voted against the use of nuclear. By contrast, South Africa plans to launch a tender for 9 600MW of new nuclear energy, requiring an investment of up to R1-trillion.

That R1-trillion would take Africa a long way towards alleviating energy poverty or achieving the Millennium Development Goals, improving the lives of billions. How can anyone justify spending this sum of money on building six nuclear reactors that will not produce any power until 2024? Nuclear power delivers too little, too late and at too high a price.

The high price of nuclear energy is already being paid by Japanese citizens after the Fukushima disaster in March this year. A Japanese government committee recently estimated a funding shortfall for the Fukushima operator, Tepco (state-owned) of $110-billion (R900-billion) over 10 years, which excludes costs for the clean-up of the large areas radioactively contaminated by fallout from the damaged reactors.

No wonder nuclear companies, supported by their governments, are desperately clinging to South Africa’s nuclear-expansion plans. The French nuclear industry is in distress, with an ageing domestic-reactor fleet and a decline in the international nuclear market. The French companies Areva and EDF need to sell reactors abroad to survive and, after Fukushima, the number of countries investing in new nuclear industry is very limited. Hence France’s strong nuclear lobby and “friendship” with South African politicians over the past few years.

France’s track record on the construction of new reactors is poor. Its flagship, a new generation of reactors named EPR, under construction in Finland and France, is struggling with thousands of technical and safety problems, delays and billions in cost overruns. Similar issues arise in China. Combining the French and Chinese nuclear failures in a potential joint bid for the R1-trillion tender is a recipe for disaster. Does South Africa really want to take those risks?

It seems that South African unions are also being lobbied by the French to change their position on nuclear development.

But one cannot rely solely on the industry’s information to get the facts on nuclear power. Unlike what proponents are saying, nuclear energy will not combat climate change. The reactors take too long to build and even then only make a very small contribution to reducing greenhouse-gas emissions.

Also, nuclear’s contribution to job creation is limited, as is shown in Greenpeace’s latest briefing on green jobs. There will be an increase in nuclear jobs during the construction phase, dropping sharply afterwards. By contrast, renewable energies provide a sustainable, long-term increase in green jobs up to a total of 111 000 jobs by 2030 if South Africa follows a clean-energy pathway.

The decisions the government takes now will determine whether the country benefits from the economic opportunities of the global shift to clean-energy sources. South Africa has the potential to become a renewable-energy technology hub for Africa, benefitting the people, the economy and the climate. Engaging in a nuclear battle is a dangerous distraction that threatens the future of all South Africans. Instead, spending R1-trillion on renewable-energy development would make South Africa a true climate leader.