Prioritising the realities that students face 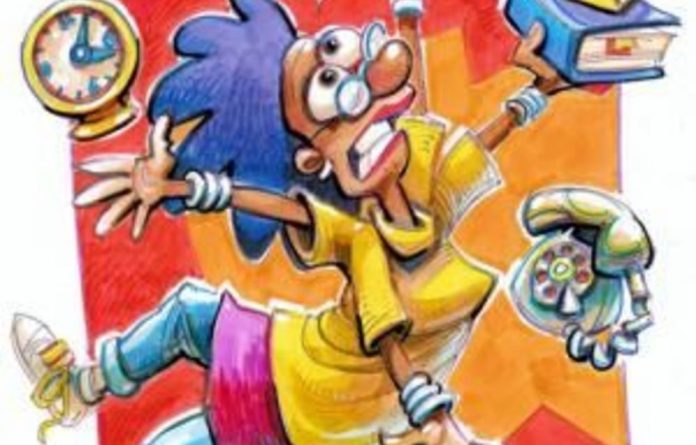 Are lifelong learners in higher education under threat? This was the question posed at a public meeting convened by the University of Western Cape (UWC) convocation two weeks ago, which followed a colloquium at the university on the same topic.

Universities are under pressure in a number of ways. They are inevitably influenced by neoliberal economic restructuring that has not only exacerbated material inequalities for the majority of men and women but also inscribed market rationality across wide swaths of public life, including higher education.

Universities also have to respond to the poor quality of primary and secondary education provision, as well as to pressure to absorb as many of the young “Neets” (those “not in employment, education or training”) who have left school. More than half (51%) of South Africans are younger than 25 years of age and unemployment is soaring.

These pressures suggest we need a greater focus on young school leavers. In bringing this focus to bear, we need to consider that, driven by poverty as the majority of South Africans are, many will inevitably “stop in” and “stop out” of higher education through their different life stages — as many do globally. Participants at the colloquium agreed it was essential that the university, given its status as the leading lifelong learning university in South Africa, continued to do what it has done so well for many years and, in doing so, give hope to millions of poor and working class.

The colloquium’s title, “Lifelong Learners in Higher Education”, was intended to keep the realities facing students at the centre of our deliberations. Brian Williams, the chairperson of the university’s council and the president of the convocation, said in his closing remarks: “UWC has been the vanguard of education for working-class people over 50 years, and it must remain so.”

It is part of the university’s DNA to have adult students as an essential part of its student population, one reason students were asked to speak at the start of the colloquium and to participate throughout.

UWC’s recognition of prior learning policy
We know that most adult learners juggle multiple identities and roles as they try to work, study, run a family and engage in community simultaneously. One student, Nabuweya Malik, who has three teenage children, told the colloquium that the univerity’s use of the “recognition of prior learning” (RPL) policy enabled her to register at the university three years ago.

She did not have a matric but is now studying for a bachelor of arts. For many years she has been working as the spokesperson and public relations officer of the Muslim Judicial Council. She attends classes during the day when her employers are able to give her time off, otherwise she attends classes in the evenings.

Another student, Brian Brenton, also has no matric. He said that after 20 years of working in low-paid jobs, he enrolled at the university through the RPL. He started in 2007 and is now in his fourth year of study, doing an honours degree. He has been promoted into a middle-management position in human resources at Groote Schuur Hospital.

Nathan Williams told the colloquium his matric marks in 2000 were poor and he had all the wrong subjects for university. He did a first-year LLB at Unisa in 2008 so that he could get into the law faculty at UWC, where he is studying part-time while continuing his full-time job working in labour relations. But he pointed out he could be an “endangered species” because the UWC law faculty is phasing out its
after-hours classes.

Lynne du Toit, the chief executive of Juta Publishers, said at the colloquium: “The adult students make huge sacrifices, show maturity and demonstrate enormous commitment to succeed both as students and employees.”

The difficulties of lifelong learners
As academics at higher education institutions, we know we are not necessarily good at placing learners at the forefront of our concerns, we can be rather preoccupied with our own institutional cultures, needs and demands. We also know that when learners are in employment, often their workplaces are not necessarily very supportive of them as students and women often experience resentment from their partners as they strive to improve themselves. The colloquium therefore sets out to bring together students, employers, civil society organisations and academics to discuss the realities of lifelong learners in higher education with the ambition of improving their experiences and success.

Professor Maria Slowey of Dublin City University in Ireland said: “Lifelong learners are often a proxy for adult or part-time learners, of which there are many types: equity and redress groups, deferrers, returners, second-chancers, refreshers, learners in later life.”

What was made clear by the students’ contribution was the impact their studies had had, not only on their personal lives, but also on those around them. They became role models for their children, colleagues and friends and were influential members of their communities, their organisations and the society at large.

They are part of a web of influence and are therefore an integral part of deepening a learning culture in the country and ensuring that universities are engaged with the communities in their surrounds.

In South Africa UWC has been at the forefront of promoting lifelong learning as a critical part of building democracy, developing human capacity for social and economic development locally and globally and promoting social justice.

Eleven years ago, the university created the Division for Lifelong Learning, a cross-cutting structure to promote the mission of lifelong learning and it has done so with the co-operation of university leadership, colleagues and students.

The division has pioneered RPL and improved conditions for continuing education and part-time studies. It is now working to embed the attributes of lifelong learners in all students and is leading research into flexible provision that we believe will enhance professional development and innovation.

An essential part of improving the experience and success of lifelong learners in higher education is the “knowledge project”, which grapples with the articulations among different kinds of knowledge: vocational, occupational, academic, disciplinary and everyday.

Research into what this means in theory and practice is important for understanding the relationships between learning and work and it is being taken forward at UWC through research supported by the South African Qualifications Authority (Saqa).

Funding formula threatens lifelong learners
So: Are lifelong learners under threat? Yes, because in addition to the pressures on universities that I mentioned earlier, the government’s funding formula — which places more emphasis on students’ successful completion than on their enrolment — discourages institutions from taking on students who may have to stop in and stop out over a longer period of time.

The funding formula encourages universities to act like well-oiled conveyor belts rather than to respond appropriately to the realities of students, the majority of whom have to sustain themselves by working.

The imperative to get as many young people off the streets as possible and the pressure exerted by the state’s “efficiency model” to get them through as fast as possible mean that the reality for most South Africans, who are poor and who drop out of higher education at alarming rates often because they cannot afford to stay at university, are not being catered for.

These imperatives drive a tendency in many institutions, including UWC, to close down some part-time and after-hours provision in favour of full-time and day-time provision. This is logical from a short-term survivalist perspective, but is a disaster for the nation, for individuals and for communities in the medium to longer term.

Many adult learners are far more successful than conventional students because they are focused and motivated to achieve. There is far too great a focus on school leavers at the expense of adult learners, who require a more flexible approach to access and success in higher education.

Serious attention should, in fact, be given to encouraging many school leavers to defer higher education until they have more life experience and know why they are there, as is done in several countries with great success.

Professor Shirley Walters is director of the University of the Western Cape’s Division for Lifelong Learning.