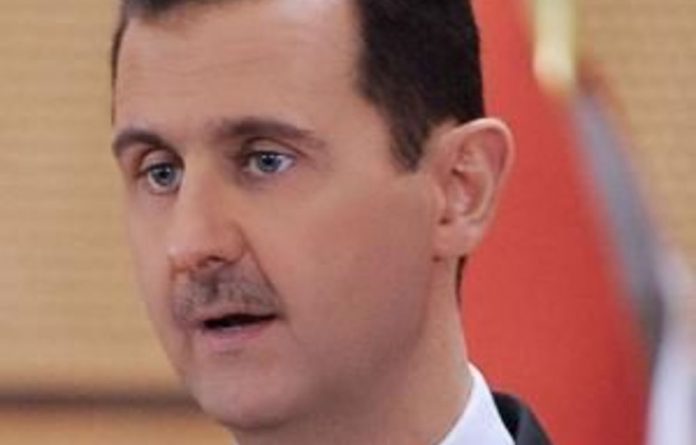 At least 100 people had been killed in the last 10 days alone.

“The onus is on all members of the international community to take protective action in a collective manner, before the continual ruthless repression and killings drive the country into a full-blown civil war,” Pillay, a former UN war crimes judge, said in a statement.

“As more members of the military refuse to attack civilians and change sides, the crisis is already showing worrying signs of descending into an armed struggle,” she added.

The United States and Europe have imposed sanctions on Syrian oil exports and several businesses, and pushed — so far in vain — for UN sanctions.

No results, so many deaths
Thousands had been injured and arrested by Syrian forces, including many tortured in custody, Pillay said. “Family members inside and outside the country have been targeted for harassment, intimidation, threats and beatings.”

Syria blames the violence on foreign-backed armed groups who it says have killed 1 100 people. Authorities have barred most foreign media, making it difficult to verify accounts by activists and officials.

Pillay stopped short of specifically calling for the UN Security Council to authorise the use of military force in Syria to protect civilians. Earlier this month, Russia and China vetoed a European-drafted resolution backed by Western powers urging Syria to halt its six-month crackdown.

Asked what kind of action should be taken, her spokesperson Rupert Colville told a briefing: “That obviously is for states to decide. What has been done so far is not producing results and people continue to be killed virtually every single day.”

Pressed on whether foreign military action should be taken, as in Libya against forces of former leader Muammar Gaddafi, he said: “That would be for the security council to say.”

Pillay at the time encouraged the UN Security Council to refer Syria to the International Criminal Court for possible prosecutions for crimes against humanity.

Weeks later, the UN Human Rights Council launched a full international commission of inquiry that plans to go to the region soon to interview witnesses and gather more evidence.

The three-member team, headed by Brazilian expert Sergio Pinheiro, has requested access to Syria, but Damascus has failed to cooperate so far, Colville said.

At least 20 people were killed on Thursday, an activist group said. Activists say more than 30,000 have been arrested, many detained in schools converted into detention centres.

“We are concerned about reports of people being arrested and tortured. We are following this up with Syrian authorities,” said Marcal Izard, spokesperson of the International Committee of the Red Cross (ICRC).

Syria opened its prisons for the first time ever on September 4 to visits by the neutral humanitarian agency.

But to date, ICRC officials have only visited Damascus central prison, which has both criminal and political inmates.

“Our aim is to extend these prison visits to other places in the near future, however we still need to further clarify with the authorities our standard working procedures that apply,” Izard said in response to a query.

These include the right for ICRC officials to visit entire detention facilities, speak privately with detainees of their choice without witnesses and to make repeat visits as often as the agency deems necessary. Its confidential findings and recommendations are shared only with detaining authorities. — Reuters