Amazon kindles its own fire 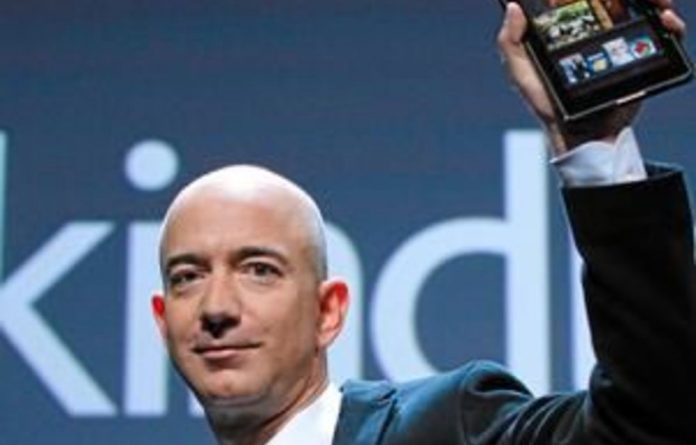 Years ago I interviewed Amazon boss Jeff Bezos in a sushi restaurant. He asked if we could sit somewhere quiet in the corner, away from other diners.

I assumed he had secrets meant only for my ears.

Oh no, he said. It’s just that I have this laugh … And what a laugh. Bezos, self-effacing, nerdy and slight, may look like a Buddhist monk, but he laughs like a Bond villain. Only this time, Bond is going to die.

Sadly, Bezos was in laugh-free zen mode when he unveiled his new tablet media device, the Amazon Kindle Fire, just more than two weeks ago.

At $199, the wireless media player/book reader/web browser/geegaw will be the cheapest of its kind when it is released in the United States next month.

Others have tried and failed to crack the tablet market now dominated by Apple’s iPad.

But Amazon is uncannily good at guessing what its customers “need”. Its systems have squeezed every little clue about our future desires from our previous purchases.

Estimates vary, but Amazon is set to sell between two million and five million Kindle Fires by the end of the year.

So what does that mean for the media? Thanks to the iPad’s phenomenal success, the tablet looks as if it’s here to stay.

Amazon’s steely, cut-price entry into the market is likely to cement that and encourage more players to have (another) go.

Apple and Amazon come at the tablet market from opposite directions. Amazon cares more about selling media than devices, hence the cut-price tablet. Apple cares about selling devices — beautiful, exciting, all-singing, all-dancing devices that command all-singing, all-dancing prices. But they clearly agree that the tablet is going to be the place where people consume media.

Let’s face it, we are all too lazy to open laptops these days. It’s a shake-up that could be as revolutionary as the shift from TV and print to laptop.

There’s even the possibility that this could be good news for media firms. Maybe advertisers can be convinced to pay glossy magazine prices for adverts slickly presented in a tablet version of Vanity Fair, Cosmopolitan or any other of the magazines Amazon has signed up.

Let’s not go crazy, but maybe people will even pay a subscription after the free trial runs out.

TV, too, looks set to go tablet. HBO is already offering the latest episodes of True Blood, Boardwalk Empire and Curb Your Enthusiasm through tablets with its HBO Go service. Two months after launch, three million people had downloaded the app that enables subscribers to watch their favourite shows whenever they like.

Amazon needs people to buy a lot of content and it’s going to be cutting deals to get exclusive stuff. It will be competing with Apple, Netflix and a host of others to get those exclusives. Now there is more competition, maybe some will be good deals.

Of course, the Fire could fizzle out. And the media are all too prone to throw away online opportunities. But maybe it won’t only be Bezos who has the last laugh. —