Greece shuts down on first day of strike 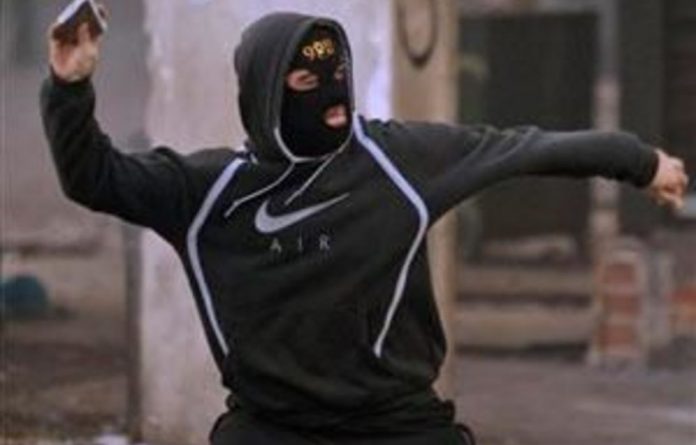 A two-day general strike that unions vow will be the largest in years grounded flights, disrupted public transport and shut down everything from shops to schools in Greece on Wednesday, as at least 70000 protesters converged in central Athens.

All sectors, from dentists, state hospital doctors and lawyers to shop owners, tax office workers, pharmacists, teachers and dock workers walked off the job ahead of a parliamentary vote on Thursday on new austerity measures which include new taxes and the suspension of tens of thousands of civil servants.

Flights were grounded in the morning but some resumed at noon after air traffic controllers scaled back their initial strike plan from 48 hours to 12. Dozens of domestic and international flights were still cancelled throughout the day. Ferries remained tied up in port, while public transport workers staged work stoppages but were to keep buses, trolleys and the Athens metro running for most of the day.

About 3000 police deployed in central Athens, shutting down two metro stations near Parliament as protest marches began. Police estimated the crowd at least 70000, and more people were streaming into the downtown area. A small group of protesters briefly pelted police with garbage, but the rallies were mostly peaceful.

Protesters converged on the square in front of Parliament, banging drums, chanting slogans against the government and Greece’s international creditors who have pressured the country to push through rounds of tax hikes and spending cuts.

“We just can’t take it any more. There is desperation, anger and bitterness,” said Nikos Anastasopoulos, head of a workers’ union for an Athens municipality. Other municipal workers said they had no option but to take to the streets.

“We can’t make ends meet for our families,” said protester Eleni Voulieri. “We’ve lost our salaries, we’ve lost everything and we’re in danger of losing our jobs.”

Demonstrations during a similar 48-hour strike in June left the centre of Athens convulsed by violence as rioters clashed with police on both days while deputies voted on another austerity package inside Parliament.

“We expect that the strike could be the largest” in decades, said Ilias Vrettakos, deputy president of the civil servants’ union ADEDY.

“The fact that other sections of society that are suffering from government policies are also participating gives a new dimension to the social resistance by workers and the people in general, and we hope that this mobilisation will have an impact on political developments.”

Protesting doesn’t help
Piles of garbage continued to fester on street corners despite a civil mobilisation order issued on Tuesday to order garbage crews back to work after a 17-day strike. Earlier in the week, private crews were contracted to remove trash from along the planned demonstration routes, but mounds remained on side streets, along some of the march routes and in city neighbourhoods.

Protesting civil servants have also staged rounds of sit-ins at government buildings, with some, including the finance ministry, being under occupation for days.

Prime Minister George Papandreou appealed on Tuesday for the protests to end.

“I would like to ask all those who occupy ministry buildings, choke the streets with garbage, close off ports, close off the Acropolis, if this helps us stand on our feet again — of course it does not,” Papandreou told Parliament.

Most stores in the city centre, including bakeries and many of the ubiquitous kiosks which sell everything from newspapers, cigarettes and chewing gum to tourist trinkets and snacks, were shut on Wednesday. Several shop owners said they had received threats that their stores would be smashed if they attempted to open during the first day of the strike.

Running out of funds
The measures to be voted on in Parliament on Thursday come after more than a year and a half of repeated spending cuts and tax increases, and include tax hikes, further pension and salary cuts, the suspension on reduced pay of 30000 public servants out of a total of more than 750000, and the suspension of collective labour contracts.

A communist party-backed union has vowed to encircle Parliament on Thursday in an attempt to prevent deputies from entering the building for the vote.

The reforms have been so unpopular that even some lawmakers from the governing Socialists have indicated they might vote against at least some of them.

But Greece must pass the Bill if it is to continue receiving funds from its €110-billion international bailout. Unless it receives the now long overdue disbursement of an €8-billion instalment, it has said it will run out of funds to pay salaries and pensions by mid-November.

Meanwhile, European countries are trying to work out a broad solution to the continent’s deepening debt crisis, ahead of a weekend summit in Brussels. It became clear earlier this year that the initial bailout for Greece was not working as well as had been hoped, and European leaders agreed on a second, €109-billion bailout. But key details of that rescue fund, including the participation of the private sector, remain to be worked out. — Sapa-AP

Public-private partnerships and big infrastructure builds have been suggested as ways to boost South Africa’s flagging economy. Another option to consider is green bonds, which would also help achieve climate crisis goals
Read more
Advertising
Continue to the category
National