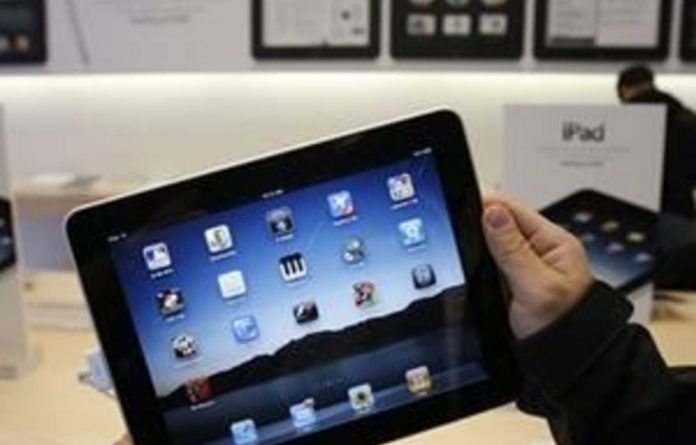 But weak iPhone sales compared with the previous quarter and comparatively slow sequential growth of iPad tablet sales left analysts asking if it had missed out by not releasing a new smartphone sooner.

Tim Cook, Apple chief executive since the late Steve Jobs stepped down in August, said however that the company was “thrilled with the very strong finish of an outstanding fiscal 2011”. He added that “customer response to the iPhone 4S has been fantastic” and that his team “remain really enthusiastic about our product pipeline”.

The company sold 17.1-million iPhones in the quarter, a 21% growth over the year before, but a drop from the 20-million the previous quarter, which made it the world’s largest smartphone business. That title may now be handed to its bitter rival, Samsung, which is expected to have shipped more than 20-million smartphones in that period.

Peter Oppenheimer, Apple’s chief financial officer, blamed the dip on the comparison with the iPhone 4’s release a year before, and “speculation” ahead of the release of the iPhone 4S in October.

Cook forecast however that in the coming quarter “we will set an all-time record” for iPhone sales, as analysts expressed concerns about it meeting manufacturing targets.

“Expectations for this company were red-hot, that is why we downgraded it,” said BGC Partners analyst Colin Gillis, who lowered his rating on the shares days before. “The reality is their business is not an annuity. They have to sell their quarter’s worth of revenue every 90 days.

“They had a big upgrade cycle with the iPhone, the numbers came in weak. They need to set records every time they report to keep up the momentum.”

But Apple forecast that it will have a huge $37-billion quarter as it will be adding an extra week on to the Christmas quarter — something that it does every six years to bring its fiscal years into line with the calendar. Cook said the company was making “strong progress” in China: “I’ve never seen a country with as many people rising into the middle class aspiring to own the products that Apple makes.”

The Macintosh computer line had its best-ever quarter, selling 4.9-million machines worldwide, pushing it above 5% of PCs shipped for the quarter for the first time in decades. Analysts however had been expecting higher figures, forecasting revenues of more than $30-billion.

Cook takes over during a critical juncture for the company, which is battling a fast-rising Google in the mobile arena while fending off consumer electronics giants such as Samsung and Amazon in the hardware field. —