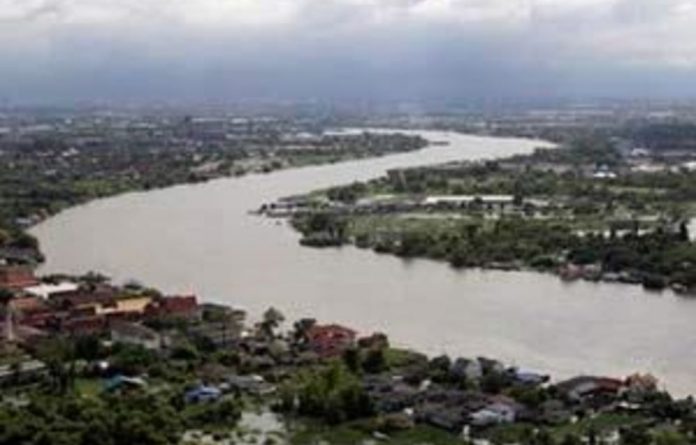 Thailand’s premier said on Thursday she would ask the Bangkok authorities to open all of the city’s floodgates to drain water into the sea, increasing the risk of inundation in the capital.

“I have decided to ask Bangkok to open all gates, which could trigger an overflow, in order to drain water into the sea as soon as possible,” Prime Minister Yingluck Shinawatra said at an emergency meeting.

“At the same time water pumps will help pump out water and city officials will clear waterways of hyacinth plants,” she said.

Inner Bangkok has so far escaped major flooding as the authorities divert water to areas outside the main capital in a bid to prevent the Chao Phraya River bursting its banks and flooding the political and economic heartland.

But a massive volume of run-off water is expected to reach the city by the weekend, putting a huge strain on Bangkok’s flood defences and a heavy burden on people in severely affected areas just outside of the capital.

Earlier Yingluck said it would be impossible to block the water forever and the government would choose which parts of the city to allow the water through to minimise the impact.

“The longer we block the water the higher it gets,” she said. “We need areas that water can be drained through so the water can flow out to the sea.”

Bangkok has an extensive drainage system including 200 floodgates, 158 pump stations, seven giant underground tunnels and 1 682 canals covering 2 604km, according to the city authorities.

Three months of heavy monsoon rains in Thailand have killed 320 people, damaged the homes and livelihoods of millions of people, mostly in the north and centre, and forced tens of thousands to seek refuge in shelters. — AFP