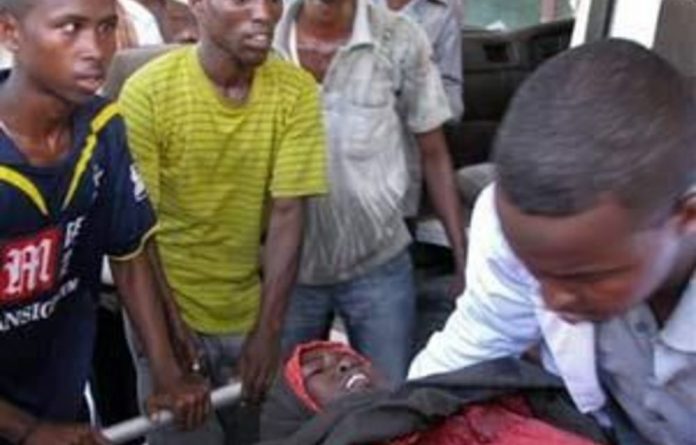 The fighting was centred in the north-west Deynile suburb, one of the final pockets still held by the al-Qaeda linked militants in war-torn Mogadishu.

“Our forces are now in control of most parts in Deynile, where they have attacked this morning,” Ibrahim Abdalla, a Somali security officer said.

“We are moving towards the final strongholds of the terrorist militants, and we hope we will be taking control of the whole city soon,” he added.

African Union (AU) Mission for Somalia (Amisom) troops and government forces have been pushing into remaining rebel pockets in Mogadishu, after the bulk of the al-Shabaab abandoned fixed positions in August.

“We have no casualties on our side except two soldiers who were slightly injured, but the enemy left several of their dead bodies,” Abdalla said.

“We are moving forward until we eliminate them completely.”

Civilian injuries
Despite largely withdrawing from the capital, the al-Shabaab still control large swathes of southern and central Somalia, and remain a serious security threat to the city.

A string of suicide bombs have been set off in the war-torn capital since the al-Shabaab said it was abandoning face-to-face battles against AU and government troops, and switching to guerrilla tactics in the city instead.

Earlier this month, a suicide bomber exploded a truck laden with explosives killing at least 82 people and wounding many more.

Witnesses said civilians were wounded in the crossfire on Thursday as AU tanks and troops pushed into the al-Shabaab-held positions before dawn.

“The fighting started early in the morning while people were still sleeping, and nobody had the chance to evacuate,” Muhidin Ali, a resident in the area said.

“Many families are trapped amid the clashes, and I saw at least four civilians injured in the crossfire.” — AFP