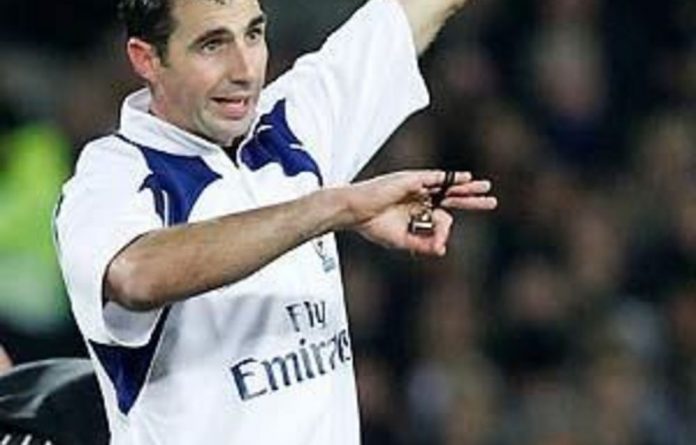 Craig Joubert will achieve a long-held ambition when he referees the World Cup final between New Zealand and France at Eden Park in Auckland on Sunday.

At 33, the South African is relatively young to be taking charge of the showpiece match but he has been refereeing since he was a teenager and later abandoned a banking career to become a professional whistle-blower.

Yet there will be a touch of sadness for Joubert when he gets the final under way as his late father Des, himself a referee and a mentor to his son, will not be there to see it.

“My late father got me into refereeing and I cannot help but think how proud he would have been,” Joubert said this week.

‘A great influence’
Joubert, who was 17 when his father died, told Thursday’s New Zealand Herald: “When he died it was a tough blow to get over. I was really close to him as a man but also we shared the refereeing. I hope he is sitting up there somewhere watching. I like to think that.”

Joubert’s mother, Lynne, a school teacher in the city of Pietermaritzburg, will be at the match after her son paid for her to fly in from South Africa.

“Craig started refereeing at a young age. His father was such a great influence in his life,” she told the Natal Witness newspaper.

“When he lost him I wasn’t sure he was going to continue but he was very positive and continued with rugby.”

Much praised for the clarity of his decision-making and man-management, Joubert was unobtrusive while handling New Zealand’s 20-6 semifinal win over Australia.

‘It is like raising a child’
All Blacks coach Graham Henry reacted to the news of his appointment for the final by saying: “He relates well to the players, he’s cool, communicates well, has lots of composure.

“He’s one of the top referees in the world over the last three or four years. The players enjoy playing with him.”

Joubert told the Herald his approach to refereeing was to make his position clear to the players right from the start.

“I believe in the philosophy of being firm early on,” he said. “It is like raising a child; they just want to know where the boundaries are … These guys are so disciplined they will react.”

However, he added: “You have to deliver your message authoritatively, but with respect. Treat them like men, not children. They are grown men and none of us like being treated like children.” — AFP