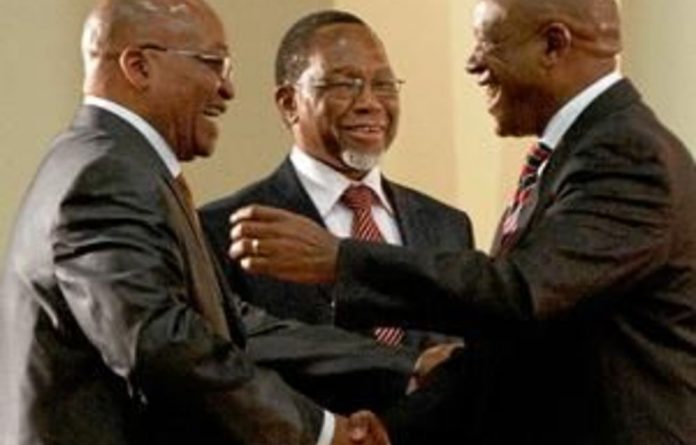 Although neither politician responded directly, the Mail & Guardian spoke to two sources with direct access to the Motlanthe and Sexwale camps who indicated the politicians felt betrayed and the only explanation for the decision was that Zuma “was attempting to throw dirt”.

The Donen commission of inquiry was initiated by former president Thabo Mbeki to investigate alleged illicit activities of named South African companies and individuals in relation to the Iraqi Oil For Food programme.

The investigation flowed from articles first published in the M&G and then buttressed by the report of the United Nations’ independent inquiry committee.

The allegations centered on claims that Motlanthe and businessman Sandi Majali had sought to benefit the ANC through state and private contracts with the Saddam Hussain regime — and might have been involved in paying illegal kickbacks to the Iraqis.

A company in which Sexwale was involved, Mocoh, was also alleged by the UN committee to have paid a kickback or surcharge.

Motlanthe’s spokesperson, Thabo Masebe, declined to comment and Sexwale’s, Xolani Xundu, said there would be “no comment until the report is released”.

The decision to release the report appears to have been taken recently and seems to have come as a surprise to Sexwale and Motlanthe.

A source close to Sexwale has indicated that there was a rapprochement with Zuma only a few months ago, so much so that the minister might have envisaged himself as Zuma’s deputy in a next administration.

Until last week all attempts by the media and opposition parties to have the report released were stonewalled by the presidency. The report — given to Mbeki in two parts in 2006 — was withheld from publication by him and his successor, Motlanthe.

An application to Zuma under the Promotion of Access to Information Act by the Cape Argus newspaper was turned down by the presidency in October 2010.

‘Consultative process’
In November, the paper lodged an appeal and on December 31 the minister in the presidency, Collin Chabane, responded.

Chabane confirmed the refusal but said Zuma was engaged in a “consultative process” about the decision, which would determine whether the report should be released. At the time he said this process was “at an advanced stage”.

The president would make his decision known “soon”, he said, and urged the Cape Argus to await the outcome before approaching the courts to challenge the refusal.

The Cape Argus waited six months before launching a court application at the beginning of August. Again, it appears as if the state law advisers were briefed to oppose the application.

Finally, as late as Monday this week, Zuma and Chabane deposed two new affidavits indicating the intention to release the report by no later than December 7.

In his affidavit Zuma states: “During the past week, after due deliberation, I decided to release the November 2006 Donen report made to my predecessor in office (then president Mbeki).

“I had not made any decision on the public release of the report prior to the above decision.”

It is understood that the delay until December 7 is intended to give those implicated in the report an opportunity to comment.

Advocate Michael Donen did receive affidavits from those involved, but was stymied in his attempts to subpoena witnesses to testify under oath when Mbeki failed to amend the proclamation to permit it. In the absence of such hearings, Donen’s findings were provisional.

A close associate of Motlanthe told the M&G he viewed the decision to release the report as nothing more than dirt-throwing that would backfire. “People will see it for what it is and they will question why now,” he said.

Responding to the suggestion that the presidency caved in because it realised it did not have a strong case, he said: “Why should a court compel the government to release a report which names and makes allegations against people without giving them a chance to respond?”

He said there was already a legal precedent in which the outcomes of a commission were nullified because allegations had not been put to the respondents. The case involved former Eastern Cape premier Nosimo Balindlela, who appointed the Pillay Commission to investigate corruption allegations against political heavyweights Makhenkesi Stofile, Enoch Godongwana, Stone Sizani and Mcebisi Jonas.

Grahamstown High Court Judge Daylan Chetty declared the report of no force because, among other reasons, the requirement of procedural fairness had not been met.

By contrast, Zuma has fought a long rear-guard legal action to avoid releasing a presidential report into the 2002 Zimbabwe elections.