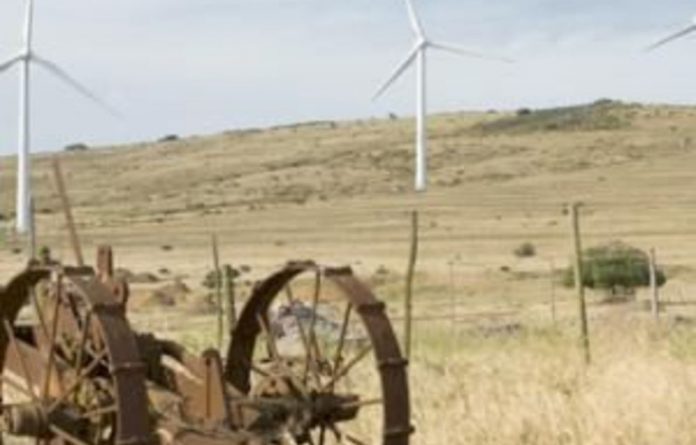 The tiny mountain kingdom of Lesotho is to harness the power of wind and water in a China-funded $15-billion green energy project, the biggest of its kind in Africa.

The tiny mountain kingdom of Lesotho is to harness the power of wind and water in a $15-billion green energy project, the biggest of its kind in Africa.

The Lesotho highlands power project (LHPP) will generate 6 000 megawatts (MW) of wind power and 4 000MW of hydropower, equivalent to about 5% of South Africa’s electricity needs.

Lesotho says the scheme will help end its plight as one of the world’s poorest countries, “making it a case study in how investing in renewable energy can transform a nation’s fortunes”.

Lesotho offers the opportunity to build one of the highest windfarms in the world, with more than 80% of its territory lying at least 1 800m above sea level. But the high altitude of its Maluti mountains also carries risks: one of the highest lightning strike rates in the world and temperatures plunging to -20C in the winter months.

The electricity generated by wind and water will be used by Lesotho and South Africa, which faces a constant battle to keep up with growing demands.

It is also hoped that the scheme, up to 80% financed by Chinese loans, will be a silver bullet in Lesotho’s impoverished economy. Nearly half of the two million population struggle to live on less than $1.25 a day. Lesotho has the third-highest rate of HIV in the world and the third-lowest life expectancy at 45.9 years.

Investors say the power project will create 25 000 jobs over 15 years. Some 1 500 technicians and engineers will be employed on a permanent basis. The difficult construction of roads and transmission lines will open up isolated communities, giving them access to markets and government services.

Monyane Moleleki, Lesotho’s natural resources minister, said: “The Lesotho highlands power project promises hitherto unheard of positives for the socioeconomic wellbeing of our nation. The project comes at a time in our history when our traditional income streams have dried up due largely to the global economic meltdown.

“Through this project, our country has the potential to graduate from a least developed country status to a developing country status. Our beloved Maluti mountain range has once again proven to be the saviour for our country’s economy.”

Construction is expected to take between 10 and 15 years. The first phase is a 150-megawatt windfarm, set to start next year. South Africa’s Harrison and White Investments and its Chinese technology partner, Ming Yang Wind Power, will build wind turbine components factories in South Africa and Lesotho.

There are hopes it will eventually reduce the power cuts that continue to plague South African residents and industry. Moss Leoka, executive director of Harrison and White, said: “South Africa has huge generation capacity shortages. We’ve had rolling blackouts since 2008 and it’s holding up our new industrial projects and efforts at job creation. We need a lot of extra capacity.”

The Maluti mountains are uninhabited but some of the planned sites sustain valuable wetlands and rare fauna and flora. Leoka is braced for a backlash against wind turbines after an environmental impact assessment.

“It’s going to come, it’s a given when you put these things anywhere in the world,” he added. “The government will invite objections and I can guarantee that there will be many. We will have to prepare ourselves thoroughly for answers to those questions.”

South Africa, host of the climate change conference in Durban next month, was criticised last week for an “addiction to coal” by Greenpeace, which called on its government to stop building a giant coal-fired power station and invest in renewable energy solutions. —