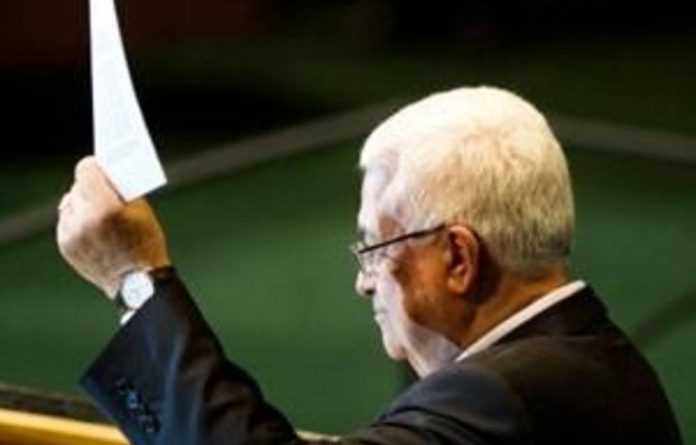 Israel is to expedite the construction of about 2 000 homes in Jewish settlements in the West Bank and East Jerusalem in a punitive response to the Palestinians’ successful bid to join Unesco, the United Nations’ cultural agency.

“These measures were agreed … as punishment after the vote at Unesco,” a senior government official told news agency Agence France-Presse (AFP) on condition of anonymity.

The United States had said on Monday it had stopped funding Unesco, following its vote to grant the Palestinians full membership.

US State Department spokesperson Victoria Nuland told reporters the US had no choice but to halt funding because of longstanding US law, saying Washington would not make a planned $60-million transfer that was due in November.

The United States provides about 22% of Unesco’s funding.

Israel also imposed a temporary halt on the transfer of tax revenues which it collects on behalf of the Palestinian Authority (PA) pending a final decision on whether to impose a long-term freeze. Israel collects about $1-billion a year in VAT and customs revenues which it passes on to the PA.

A meeting of eight senior cabinet ministers agreed the punitive measures — which include a ban on Unesco missions to Israel — on Tuesday following the symbolically significant vote at the United Nations’ cultural and educational agency.

The ministers are to reconvene to discuss further actions which may include revoking the special status of Palestinian ministers and senior officials which allows them to pass through Israeli military checkpoints.

In response, the PA said the Israeli measures would “speed up the destruction of the peace process”. Nabil Abu Rdainah, spokesman for Palestinian president Mahmoud Abbas, described the decision to temporarily halt transfers of funds as “inhumane”.

As a result of the move, the PA is likely to experience severe difficulties in paying the salaries of tens of thousands of employees ahead of the Muslim Eid al-Adha holiday which begins on Sunday.

The move will challenge the United States, which responded to the Unesco vote by imposing financial sanctions against the agency.

However, the US is party to a Middle East Quartet statement issued less than six weeks ago, calling on Israel and the Palestinians to refrain from “provocative” actions. That was widely viewed as meaning settlement expansion.

“We are not closing the door to peace but Israel has repeatedly had the door slammed in its face by the PA,” said an Israeli official speaking on condition of anonymity. He described the government’s response as “restrained”.

About 1 650 of the new homes would be in East Jerusalem and the remainder in the two West Bank settlements, he said.

After gaining the backing of 107 countries, with four voting against and 52 abstaining, the Palestinian leadership is considering membership applications to other global bodies.

The World Health Organisation and World Bank are among 16 agencies that could be presented with application bids in the coming weeks.

However, a Palestinian Authority official said it would await the outcome of a meeting of the United Nations security council on November 11 which will consider a report on the Palestinians’ request for full membership of the UN.

“If you ask are we studying options, the answer is yes we are, but no decision has been taken,” said the official.

Hack attack
Meanwhile, internet services in the West Bank and Gaza came under attack by unknown hackers on Tuesday, according to officials. “There has been a sustained attack since the morning from many sources in many countries,” said PA spokesperson Ghassan Khatib. “It is deliberate and continuous.”

He said computer experts were trying to identify the sources of the attack and the PA would seek assistance from those countries’ governments. The attack had interrupted services, causing internet connection to range from “very very slow to completely stopped”.

Khatib said the PA had no idea who was behind the cyber-assault and the reason for it.

Telecoms minister Mashour Abu Daqqa told Reuters: “All Palestinian IP addresses have been exposed to a focused, organised attack from abroad. I think this is organised by a state.” —