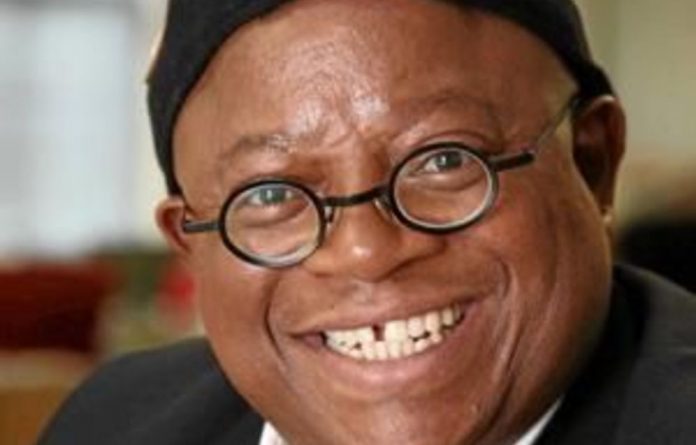 Polemicist or commentator? Sandile Memela has been labelled both. He talks here about his new novel, His Master’s Voice.

Briefly describe your novel.
It is a powerful, stirring and mesmerising story that takes an honest look at the intricacies of corporate power. It is a window to the psyche of corporate professionals, their challenges and the complex nature of the choices people have to make to survive in a dog-eat-dog corporate culture.

What is your writing process?
My experience is that the story first has to exist in the heart, mind and soul. It must be so strong that it keeps me awake at night. Thus, when the time comes for one to write, the story must just come by itself. As a writer, one is just a conduit. What I find is that I write and write and write and stop only when I have reached the end. This is usually over a specific period of time when I eat, sleep, dream and wake up writing. There is no room for any other activity. It is only when I have reached the end that I try to edit and tighten it up. But that is not my speciality.

Your columns and writing in the media always provoke a strong reaction. What should people expect from your book?
I have been characterised as a controversial writer because of my outspokenness and fearlessness when it comes to telling it like it is. In fact, I have been accused of lacking diplomatic skills. Much as I understand why people would say that, we have to understand that the truth is bitter.

It is not about me or my style of communicating. It is about the content of what I am saying.

There is no doubt that the book will tear its readers down the middle. It is an open and honest portrayal of the very things that we know but prefer to leave buried in a blind spot. It is not a book that will leave you indifferent or unmoved as it is strong and provocative and demands that the reader take a stand. I believe readers must be ready for an intellectually exciting journey.

Where do you think literature is going in South Africa?
It is very difficult to say. I think it is the sort of question that can best be answered by academics who spend their lives locked up in cocoons reading and analysing such literary development and trends. There is no doubt that there is a lot talent, judging by the number of works produced and writers who are winning awards all over the world.

I may be wrong, but we have yet to produce that one writer or work that can be considered a national treasure. The creative works lack that certain leitmotif, that unmistakable character that makes them distinctively South African.

Of course, the stories are based on the events and dramas of the South African story, but it is at a superficial level. It has a lot to do not only with the prevalent political denial but also with apathy. It would seem that the prerequisite for one to be published is not to look at the past, especially the sins of whites through apartheid or how this adversely affected blacks.

Even those so-called black writers who write about contemporary South Africa are not exactly politically conscious. At least, not in the sense of understanding the depth, nuance, significance and subtleties of what this country is about.

As a result, they easily fall into the trap of producing predictable works that are, predictably, anti-black or supposedly expose the corruption in “black government”.

Thus it is difficult to say where our literature is going except to say it is a perpetuation of old and tired prejudices and stereotypes in the guise of the new. It is bubblegum literature that is fleeting, something that can only be enjoyed for a brief period. However, this does not deny that local writers are talented.

Do you think we tell our stories well enough?
We have skill, talent, tradition, heritage and history. Storytelling is not a new thing in the African continent. It has always been a way of life, part of our culture. What we lack is the economic power, resources, infrastructure and other amenities that would result in us doing our own thing.

But we are making strides. The biggest problem is that the African perspective or way of doing things is still suppressed, not given enough room to manoeuvre. This is to be expected in an anti-black, capitalist and racist environment that desires to perpetuate a negative image of Africa.

What can be done to ensure that “blacks read”?
There is a poor reading culture in South Africa in general. It is not just about blacks. For our people to read, we have to produce a literature that not only provokes their thinking, but also challenges their understanding and knowledge of the world. It must be something that they can identify with and relate to. It is always important for people to read stories that are torn from the pages of their lives.

However, we must appreciate that reading is a cerebral activity, an intellectual activity that demands total mental focus and discipline. Many find this frightening. The education system does not promote a culture of reading.

But it is fair to say that there are a lot of encouraging signs. People, black, white and grey, are beginning to read, although not in great ­numbers.