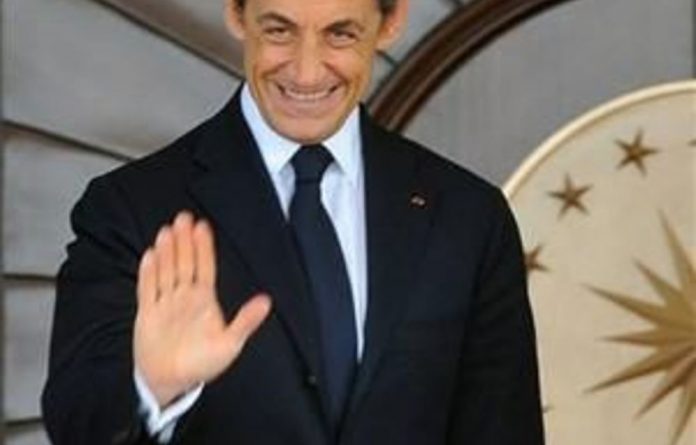 The eurozone won verbal support but no new money at a G20 summit on Friday for its tortured efforts to overcome a sovereign debt crisis, while Italy was effectively placed under International Monetary Fund (IMF) supervision.

Leaders of the world’s major economies, meeting on the French Riviera, told Europe to sort out its own problems and deferred until next year any move to provide more crisis-fighting resources to the IMF.

“There are hardly any countries here which said they were ready to go along with the EFSF (eurozone rescue fund),” German Chancellor Angela Merkel told a news conference.

Potential sovereign investors such as China and Brazil wanted to see more detail before they made any firm commitment to put money into the bailout fund.

United States President Barack Obama joked that he had learned a lot in two days about the complexity of the European Union’s (EU) “laborious” decision-making process but said he was confident Europe had the capacity and the right plan to meet the challenge. The key now was rapid implementation.

“They’re going to have a strong partner in us but European leaders understand that what is ultimately important is to have a strong signal from Europe that they are standing behind the euro,” he told a news conference.

‘Get your house in order’
But Australian Prime Minister Julia Gillard summed up the mood of many summit participants when she said, “Europe needs to get its own house in order”.

The two-day summit began under the shock of Greece’s since withdrawn plan to hold a referendum that could have catapulted it out of the 17-nation currency zone and ended with Italy being pressed to restore its credibility on financial markets.

Prime Minister Silvio Berlusconi, his government hanging by a thread, said Italy would welcome quarterly IMF monitoring of long delayed pension and labour market reforms and privatisations he has promised to implement now.

French President Nicolas Sarkozy, who chaired a summit hijacked by the euro crisis, said Berlusconi had volunteered to accept the extra scrutiny because he was “aware of market doubts over the implementation of the plan”.

Given the size of its economy, Italy poses a far graver risk to the 17-nation currency zone than Greece, which almost brought the euro to its knees by mismanaging its finances.

With its borrowing costs rising and debt levels stuck at 120% of gross domestic product (GDP), Rome has the third largest economy in the euro area with the biggest government bond market and is too big to fail. Yet paralysis in Berlusconi’s faction-ridden government has sapped investor confidence.

Ultimatum
The Italian leader said the IMF had offered to lend Italy money but he had refused. IMF Managing Director Christine Lagarde said Italy did not qualify for any IMF credit line.

Berlusconi’s concession on monitoring came after a European ultimatum forced Greece to step back from its referendum and agree instead to seek national consensus to drive through austerity measures.

“I see this as evidence of how important Italy’s reform process is for the country and for the eurozone as a whole,” European Commission President Jose Manuel Barroso said.

The commission will also monitor Italy, conducting a first assessment next week. But the IMF’s new role takes the eurozone crisis to a new level and suggests that markets no longer trust the EU to police its own economies.

The leaders of France, Germany, Italy, Spain, the European Central Bank, the IMF and EU institutions discussed with Obama ways of boosting the IMF’s war chest to help prevent fallout from Europe plunging the world economy into recession.

Talks against bailout
British Prime Minister David Cameron, whose Euro-sceptical country opted out of the single currency, argued vigorously against any use of IMF funds to support the eurozone.

He was backed by Canadian Prime Minister Stephen Harper, who told reporters, “We see absolutely no reason why Canada, or frankly why any range of other countries, would need to contribute to such a bailout”.

Eurozone countries were wealthy and had the means of dealing with their own problems, Harper said.

No figures were agreed on the IMF but the boost to resources, mostly from large emerging countries such as China, could be in the range of $300-350 billion, G20 officials said.

Sarkozy said G20 finance ministers were instructed to take forward several options for scaling up the fund’s resources when they meet next February.

“We will ensure the IMF continues to have resources to play its systemic role to the benefit of its whole membership,” the final G20 communiqué said.

One idea discussed in Cannes would entail pooling eurozone countries’ rights to borrow from the IMF to build a fighting fund to support vulnerable sovereigns such as Italy and Spain. This could make available another $280-300 billion, a G20 source said. But no decision was taken.

Beyond Greek drama
Delegates gathered in the building that hosts the annual Cannes film festival found themselves watching the eurozone battle to snuff out its biggest fire yet.

Greece’s future in the eurozone may hinge on a vote of confidence in Socialist Prime Minister George Papandreou late on Friday night.

If he wins, government sources say he has pledged to step aside and make way for an interim national unity government that would enact the EU/IMF bailout plan, receive a vital aid instalment and pave the way for early elections next year.

However, if he loses, Greece will be plunged into deeper political turmoil and may face a hard default and possible exit from the 17-nation single currency area.

The Greek drama wiped out Sarkozy’s hopes of a breakthrough on big early goals such as rethinking the global monetary system. But the summit did call for a more rapid move to market determined exchange rates, explicitly mentioning China for the first time in that context.

“The crisis in Europe is causing a global systemic crisis including Asia. Rather than creating a new global framework, everyone is expecting the IMF to become more proactive,” Japanese Finance Minister Jun Azumi said.

“The focus of debate is how to set up a firewall but we consider that the IMF should become one big wall.” — Reuters