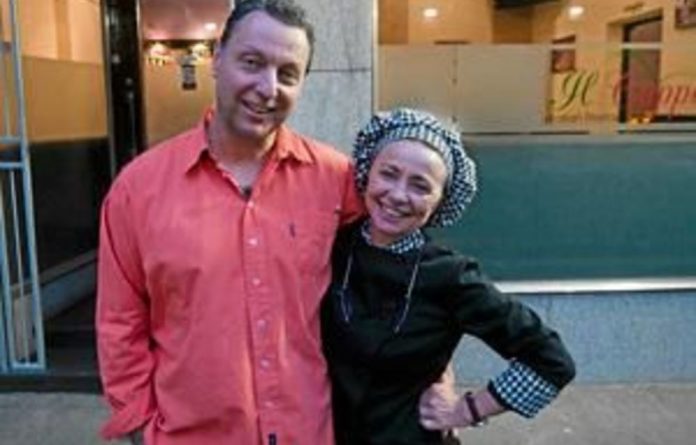 When I still had a restaurant, my excellent chef for nearly a decade was Carol Nkobo. On her first night on the job, she had to cook for the food critic from Wine Magazine.

As that review testified, she did an admirable job. Trained by Hillary Fischoff of Shrimpton Manor, Muizenberg, she also did a stint with high-flying restaurateur Peter Oliver in Toronto.

Nkobo had a wicked sense of humour. Disconcertingly, among her favourite movies then were ­Eating Raoul and The Cook, the Thief, His Wife and Her Lover. Both feature cannibalism.

But far and away her favourite movie was Babette’s Feast, Isak Dinesen’s heart-warming story of a chef who gives her entire fortune to put on a meal that will heal a community.

Movies showcase food almost as often as they feature sex and ­violence. The Decline of the American Empire, for instance, is appropriately enough one long meal.

A bygone era
The only time I can think of ever being happy that there was a ­television on in a restaurant ­happened a few weeks ago in a recently opened Sicilian taverna, Il Cappero (“the caper”).

Next to the Parliament Hotel in Cape Town, this en famille restaurant is run by owners Aldo Bezzicheri and Cetti Romano.

Our dinner started to the ­memorable strains of Nina Rota’s haunting score from Visconti’s epic film Il Gattopardo (The Leopard), which was being screened in the background. As we uncorked a ­bottle of Sicilian red, Nero d’Avola, the film brought the eternal landscape of that stony island into the room while transporting us to a bygone era.

This year marks 150 years since the formation of the first Italian ­Parliament following the military exploits of Garibaldi, a tumultuous period captured in Visconti’s motion picture.

In celebration, for one week Bezzicheri presented a menu based on dishes from 1860.

The starters were among the best I’ve had in any Italian restaurant. The caponata di melanzane — fried brinjals, sprinkled with blanched almonds — has an intense sweet-and-sour sauce produced by cooking capers, tomatoes, celery and olives in vinegar and sugar. It tastes like a miraculously reduced form of ­ratatouille.

The carciofi ai four suchi — ­artichoke hearts cooked in a pungent ­marinade of white vinegar with the juices of lemons, clementines and oranges, to which is added anchovies
and capers — was moreish to say
the least.

Sticking to tradition
As we watched the Prince of Salina (Burt Lancaster) cut through a pile of flat breads at the banqueting table — as tradition dictates to the host –our main courses arrived.

These were a little too authentic. The coniglio alla stimpirata (­meaning “not too hot, not too cold”) is rabbit slowly cooked in a pan with honey and vinegar.

­Removing the meat from the two little legs involved more work than flaying a chicken wing and with small reward.

The timballo del ­principe (Prince’s pasta) is macaroni with chicken liver, chicken breast, quail egg, ­mushrooms and creamy beef stock and ham, baked inside a pastry crust. It sounds extravagant but it was too dry and somewhat stodgy.

Regulars assure me that the ­normal menu is of the same heavenly standard as the starters; other food reviewers verify this.

For dessert I can recommend the biancomangiare (which does not mean “white people eating”, a kind of panna cotta with white ­chocolate and an explosion of jasmine ­perfume, apparently loved by the real historical “Leopard” of ­Visconti’s film.

Tucked away in the hills of the Helderberg, the new Idiom restaurant and wine tasting centre feels like an escape to another world.
Read more
Friday

The portions may be on the small side, but the food bar is fast becoming the go-to spot in Jo’burg’s cultural heartland, writes Milisuthando Bongela.
Read more
Friday

The menu at Haute Cabrière is specifically designed to complement the estate's wines - and it works.
Read more
Advertising
Continue to the category
Politics