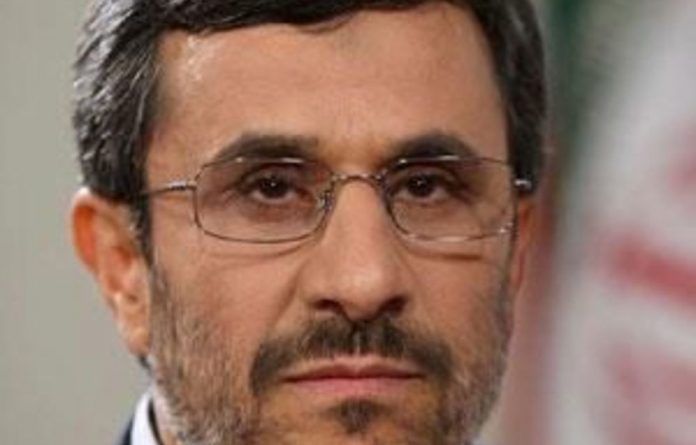 The UN’s nuclear watchdog will publish new details on Wednesday on alleged Iranian work on an advanced design for a nuclear warhead developed with the help of a former Soviet scientist, according to nuclear experts.

The report by the International Atomic Energy Agency (IAEA), which will also identify a suspect site where warhead components have been tested, is the most detailed presentation to date of its evidence for recent nuclear weapons research in Iran.

It is expected to raise tensions in an already volatile region, amid reports that Israel, the US and the UK are weighing military options aimed at setting back the Iranian nuclear programme. Israeli officials are telling western capitals that the report represents the “last chance” for a peaceful resolution to the Iranian nuclear crisis.

Iranian officials have already denounced the report as “counterfeit” and there are doubts, even in Washington and London, whether the IAEA evidence will be enough to convince Russia and China to abandon their opposition to further economic sanctions, let alone countenance air strikes.

The report will use information provided by western intelligence agencies, and although it will cite only evidence that has been corroborated by the IAEA’s own research, its provenance is likely to become a focus of debate. The IAEA report will say the Iranian studies on weaponisation have been downgraded since 2004 from building and testing components to mostly computer modelling.

‘No smoking gun
“This will not be a smoking gun,” said Olli Heinonen, formerly the IAEA’s chief inspector now at Harvard University. “But there are areas of concern, and much of it is alarming.”

One of the biggest areas of concern for the IAEA is evidence that Iranian scientists have conducted research on hemispherical arrays of explosives, of a type used in the construction of nuclear weapons to crush a spherical core of fissile material and thereby trigger a chain reaction.

The central evidence for the research is a five-page document outlining experiments with the device, codenamed the R265 because it has a 265mm radius, but the UN inspectors are said to have gathered other corroborating evidence.

David Albright, a former UN weapons inspector who now runs an independent thinktank, the Institute for Science and International Security (Isis), said the device relies on a complex system to ensure a large number of explosives are triggered simultaneously.

“It is a hemispherical aluminium shell system that contains a distributed array of explosive filled channels which terminate in explosive pellets,” Albright said.

“The pellets simultaneously explode to initiate the entire outer surface of a high explosive component in hemispherical form under the shell. These explosive would compress the core. The whole hemispherical system is initiated by one initial point of detonation, or two points for an entire device of two hemispheres.”

Previous IAEA reports have said Iran appears to have received foreign assistance in its experiments with advanced explosive devices, and the Washington Post named Vyacheslav Danilenko, a Russian former atomic scientist, as a key advisor, who is said to have given lectures and contributed papers on explosives at Iran’s now defunct Physics Research Centre, which had ties to the country’s nuclear programme.

Danilenko did not reply to emails seeking comment, but sources close to the IAEA said he told its inspectors that he believed his advice was being used for civilian purposes. He is now carrying out research for a Czech-based company which uses explosives to make tiny diamonds for industrial uses.

Press reports from Vienna, where the IAEA is based, said Wednesday’s report will also give details of the agency’s suspicions that a steel bus-sized chamber spotted in satellite photos at a military complex at Parchin, 18 miles south-east of Tehran, has been used for testing explosive components for a nuclear weapon. The IAEA has previously conducted two inspections of parts of the Parchin complex in 2005, but found no evidence of nuclear activity. However, large parts of the complex were not subject to inspection.

The Tehran government has rejected the evidence. The foreign minister, Ali Akbar Salehi, has rejected it as “counterfeit”. In an interview with an Egyptian newspaper, Al Akhbar, President Mahmoud Ahmadinejad said: “The bullying powers of the world should know that Iran will not allow them to take any measure against the country.”

The IAEA report comes at a time of an unprecedented public debate in Israel over whether the country should take military action to try to prevent Iran developing a nuclear weapon, amid reports that the prime minister, Binyamin Netanyahu, is seeking to convince his coalition government to support such action.

Earlier this year the US supplied Israel with 55 bunker-busting bombs, and last week the Israeli air force conducted drills at a Nato base in Sardinia for long-range attacks. Reports from Israel have suggested that any raid against Iranian nuclear sites could be routed over Iraq, which has no anti-aircraft batteries.

However, Avner Cohen, an expert on Israel’s own nuclear arsenal and a professor at the Monterey Institute of International Studies, said: “I think it’s 70% to 80% bluff that we are planning to attack. I don’t think Israel is planning to do anything right now, but it wants to leverage the report to put maximum pressure on Russia and China to agree to very new sanctions or risk a new war.”

Cohen added: “Everybody recognises it will be counter-productive, that the costs outweigh the benefits. Iran would leave NPT [nuclear Nonproliferation Treaty] throw out the IAEA, and declare it has the right to nuclear weapons. I don’t they have a majority even in the inner cabinet to do it, but there is no question they are building capabilities.”

He said they thought that even hawks did not believe that Iran would use a nuclear weapon against Israel, but they believe it might be necessary to go to war to preserve Israel’s relative power in the Middle East.

“Ultimately this is a fight over the Israeli nuclear monopoly in the region,” Cohen said.

Jeffery Lewis, a nuclear expert at the New America Foundation, said that the details of the IAEA report would be crucial in judging its significance.

“If the allegation is that the Iranians have continued to do research at university level, the question whether these things are unambiguous. The precise level of government involvement is the key,” Lewis said.

He added: “If Iran is moseying towards a bomb option, there are all sorts of things they can do legitimately which taken in sum support the hypothesis they are taking that path. The thing they want to avoid is making that final choice [to make a bomb].

“We are going to have accept there is going to be some risk, but maybe its worth living with ambiguity in the hope of somehow heading them off from exercising that choice, because iff you strike the Iranian programme you guarantee they are going to turn around and try to make a bomb. You buy yourselves a few years but it’s pretty sure they end up with a bomb.” —

The scales are still tilted in favour of men, but younger people with tertiary education have less discriminatory attitudes
Read more
National

If nothing changes and infections continue to increase at the current rate, South African healthcare facilities could be further overwhelmed
Read more
Advertising
Continue to the category
Africa