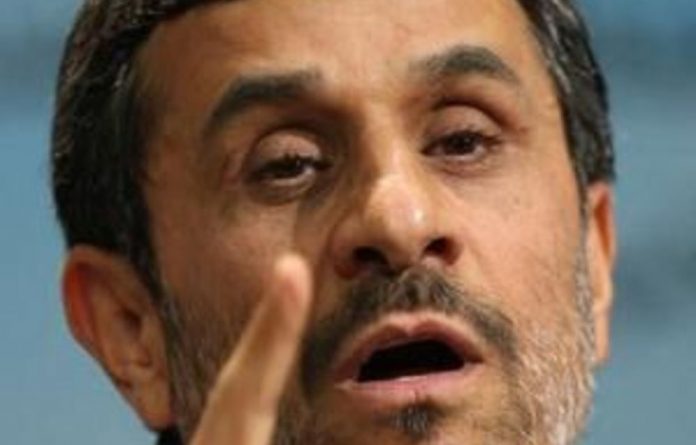 Russia has rejected as “unacceptable” EU calls for further sanctions against Iran in the wake of a United Nations report that Tehran had experimented with nuclear weapon designs, in effect guaranteeing that the international response would be muted.

Moscow’s reaction to the International Atomic Energy Agency (IAEA) report was delivered by the deputy foreign minister Gennady Gatilov, who spoke on Wednesday during a visit to Moscow by a senior Iranian official, Ali Baqeri.

“Any additional sanctions against Iran will be seen in the international community as an instrument for regime change in Tehran,” the Interfax news agency quoted Gatilov as saying. “That approach is unacceptable to us, and the Russian side does not intend to consider such proposals.”

Earlier in the day, France had called for a security council meeting on Iran and its foreign minister Alain Juppé said sanctions against Tehran should be raised to an “unprecedented scale” if Iran failed to cooperate with the investigations into past work on developing a nuclear warhead.

In a report issued on Tuesday, the UN agency said it had found credible evidence that Iran had been carrying out experiments aimed at designing a bomb on a substantial scale until late 2003, and may have continued work on a lower level after that time.

Responding to the report for the first time on Wednesday, the Iranian president, Mahmoud Ahmadinejad, attacked the credibility of the IAEA. “Why are you ruining the prestige of the agency for absurd US claims?” he asked, in a speech to a crowd of several thousand people in the city of Shahr-e-Kord in central Iran.

Iran has always rejected allegations it had a nuclear weapons programme, insisting that its aims behind its uranium enrichment efforts and extensive atomic research work have been entirely peaceful, and within Iran’s rights.

“This nation won’t retreat one iota from the path it is going,” Ahmadinejad said.

A Chinese foreign ministry spokesperson, Hong Lei, criticised Iran and the IAEA, calling on Tehran to be “serious and flexible” and to cooperate with inspections and adding pointedly that the UN agency should be “objective”.

In Israel it was reported that prime minister Binyamin Netanyahu had ordered his Cabinet ministers not to speak publicly about the report, letting other world capitals take the lead. In the run up to its publication, however, Israeli officials had described it as the world’s last chance for a peaceful resolution of the Iranian nuclear crisis, while the Israeli military carried out high-profile missile tests and long-range aerial bombing drills.

In a statement to the British House of Commons, foreign secretary William Hague said: “The assertions of recent years by Iran that their nuclear programme is wholly for peaceful purposes are completely discredited by this report.”

Hague said that if Iran failed to enter serious negotiations on its programme: “We must continue to increase the pressure and we are considering with our partners a range of additional measures to that effect.”

Hague, however, did not go as far as his French counterpart in calling for a security council session, but noted that the IAEA member states would meet in a board session next week. The board could opt, by majority vote, to refer Iran once more to the security council, but UK diplomats believe such a referral would be pointless in the face of the continued threat of Russian and Chinese vetoes.

Diplomats and observers said that in view of Russian and Chinese opposition, any new punitive measures are likely to be incremental, possibly including a tightening of EU financial and travel sanctions to match US sanctions, and addition of more targets to the UN financial sanctions list.

Reports from Washington on Wednesday night said that new unilateral US sanctions were expected next week, enlarging the list of Iranian individuals and organisations subject to restrictive financial and travel measures.

Anything stronger is likely to be vetoed by Russia and China, they said. The response of the Obama administration appears to have been muted for similar reasons, and Washington is close to exhausting its options for applying unilateral pressure.

The deep international divide over how to deal with Iran’s nuclear programme is increasingly threatening to undermine the IAEA’s standing as an independent arbiter, and politicise its work.

Both Russia and China had taken the unusual step of asking the agency’s director general, Yukiya Amano, not to publish the annex in Tuesday’s report on the possible military dimensions to the nuclear programme.

Mark Fitzpatrick, a nuclear proliferation expert at the International Institute for Strategic Studies in London, said that IAEA Non-Aligned Movement states had also considered asking Amano not to include information received from western intelligence agencies, but the report was issued before they made a formal demand.

Fitzpatrick wrote that despite Ahmadinejad’s defiant response: “At least some powerful figures in Iran realise that the Islamic Republic needs to do something to relieve the increasing pressure it is under over the nuclear file.”

He argued that it was still possible for international negotiations on Iran’s nuclear programme to resume, possibly over a proposal raised by Ahmadinejad in September to stop making 20% enriched uranium in return for foreign-made fuel for a research reactor in Tehran. He said: “Those who want to stem the talk of war should encourage Tehran to pursue suchconfidence-building measures.”

What they said
“This nation won’t retreat one iota from the path it is going — why are you ruining the prestige of the agency for absurd US claims?” Mahmoud Ahmadinejad, Iranian president

“Any additional sanctions against Iran will be seen in the international community as an instrument for regime change in Tehran.” Gennady Gatilov, Russian deputy foreign minister

“The assertions of recent years by Iran that their nuclear programme is wholly for peaceful purposes are completely discredited by this report.” William Hague, foreign secretary

“We cannot accept [a nuclear-armed Iran], which would be a threat to stability and peace of the region and beyond.” Alain Juppe,French foreign minister

“The significance of the report is that the international community must bring about the cessation of Iran’s pursuit of nuclear weapons, which endanger the peace of the world and of the Middle East.” Statement from Israeli prime minister Benjamin Netanyahu’s office —