By design, a city for the poor 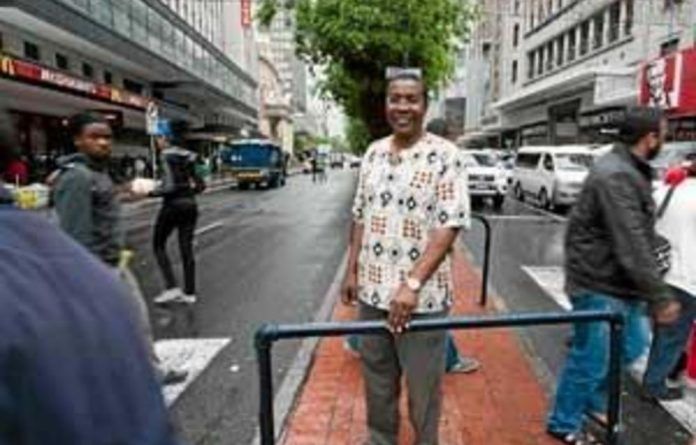 ‘Cape Town designers need to take the lead now that the city has been awarded World Design ­Capital 2014,” said Mugendi M’Rithaa, a Cape Town-based designer and academic, who served as a member of the city’s bid committee.

M’Rithaa was part of the delegation to Taipei at the end of October where the winning city was announced.

But for M’Rithaa the work has only just begun. “I feel like a young man whose elation at his bride-to-be’s acceptance of his anxious and carefully prepared proposal of marriage is quickly tempered by the knowledge that the prospective groom needs to meet his future father-in-law’s target of 50 heads of cattle as lobola by the date of the wedding ceremony.

“While the designation has been awarded, there’s a mountain of work ahead.”

The work he refers to is not the organisation of the World Design Capital events that form part of the 2014 programme. Rather, it is to ensure that the promise inherent in Cape Town’s bid to “Live Design. Transform Life” for greater Cape Town is fulfilled.

Reflecting on what is needed for this to happen, M’Rithaa called on designers to ensure that they took the reins of the programme.

Sticking to the point
He expressed particular concern over the extent to which potentially opportunistic non-designers had promoted themselves as spokespersons for the bid without necessarily embracing its pro-poor and transformational agenda.

“We must be careful of all this talk about increased tourism numbers, investment and business opportunities. The essence of the bid is the use of design to create a sustainable, inclusive, connected city.

“The award by the International Council of Societies of Industrial Design is, after all, made to cities that use design to transform the social, economic and cultural landscape for all its citizens. This is what our promise is and we must deliver.”

M’Rithaa also warned against the continuing use of clever soundbites that suggest the award was an easy panacea for the backlog of social delivery in the city.

“With this World Design Capital 2014 programme for Cape Town,” said M’Rithaa, “there are three key constituencies: politicians and public officials, designers and Cape Town residents, particularly those members of the most vulnerable communities who are desperately in need of good design interventions.

“Each of these constituencies has its own critical role. The government and its representatives need to continue to show goodwill. Designers must demonstrate leadership and communities must take ownership.”

M’Rithaa said that he hoped that the legacy of the award would be that young local designers in Africa would gain confidence in their skills and understand that they could hold their own anywhere in the world.

Responsible design
He was positive that, given the chance, local design would reveal itself as able to stand up to anything the world had to offer.

But he is an equally passionate advocate for the need for young designers to understand their responsibility and exercise their potential influence.

That meant eschewing the narrow interests of their own field and the pursuit of short-term profit. Instead, he said, local designers needed to focus on understanding the complexities of the social, cultural, technological, political and economic environment in which they operated.

In an earlier interview, M’Rithaa pointed out many examples in Cape Town of designers active in socially responsible design initiatives and activities, designers who were already making a difference.

“These include fashion and surface designers working with prison inmates, the elderly and people living with HIV/Aids; product designers helping to equip artisans for informal furniture production; graphic designers lending their talents to socially conscious campaigns; architects co-designing affordable and dignifying dwellings; as well as information technology practitioners helping to rehabilitate former gangsters, drug addicts and other members of communities in tension.

“These kinds of activities,” he said, “best illustrate the power of design thinking in diverse settings.”

Service-design and systems-design approaches offer opportunities for designers to be involved in transforming the way the city approaches planning and development.

To realise this role, designers have to change the way they think of themselves and work in partnership with stakeholder communities so that design can play the role of real change agent for the city.

Globally, over the past decade designers have become increasingly concerned about the trajectory their role in society has taken, a concern that ultimately represents reflection on their own relevance.

From being celebrated as the renaissance men and women of the first half of the 20th century — visionaries who were required to understand science, economics, sociology and technology, and whose designs catalysed or contributed to social change and progress — by the end of the century, designers had become the creators of objects, their currency measured by the power of their personal brand and equated with signature styles rather than meaningful interventions that improve people’s lives and address human needs.

The somewhat diminishing role of the designer also reduced the discipline’s reputation to that of being more concerned with decoration than with problem-solving.

We are now witnessing the profession mature and move on from being driven by marketing and advertising to being directly responsive to users and more understanding of community dynamics.

It aligns design with contemporary concern with social and environmental responsibility and a growing reaction against the materialism of the last decades of the 20th century as the fall-out of rabid wealth-chasing and consumerism is felt.

Impact assessment
An interest in design that has social impact has grown substantially and underserved communities like those throughout the developing world, where design’s potential impact can perhaps most effectively be illustrated, have increasingly become the focus of designers.

Therefore, communities in Cape Town and throughout the African continent are of interest to international designers seeking to deploy their skills and expertise in broader fields where their impact can be shown on many levels.

There are advantages to being the focus of this attention. On the continent, there are a number of beneficial projects where design products, services and processes that address socioeconomic needs are being tested or implemented.

These often involve designers, academics and/or institutions from the global North, supported by international sponsorship.

Although the potential benefit of international resources being used for research and product development on the continent is huge, there is a downside if local knowledge, ingenuity and solutions are colonised without being acknowledged and without African design capacity and designers ­benefiting.

Understandably, the anticipation of 2014 has whetted the appetites of international designers and city officials are keen to explore partnerships with international counterparts. But this must not undermine or diminish opportunities for local designers.

This is why M’Rithaa finds it critical that designers claim the space and stop allowing others to speak on their behalf.

“My hope is that the World Design Capital 2014 bid process will help Cape Town showcase examples of what design could do for a city given the right support, exposure and investment in social capital,” said M’Rithaa.

“This will indeed enable Cape Town to be a model for Africa of design’s potency in addressing urban challenges on the ­continent.”

Lorelle Bell writes on design, is editor of Design with Africa and has a special interest in design for social impact