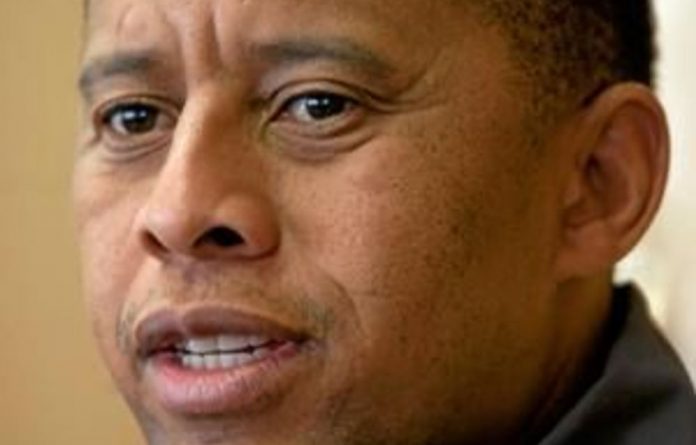 The national director of public prosecutions, Menzi Simelane, has been asked to intervene in the murder case of North West whistle-blower and municipal councillor Moss Phakoe after suspects were “irregularly” granted bail amid suspicions of political interference.

Cosatu provincial secretary Solly Phetoe told the Mail & Guardian this week that the union federation wrote to Simelane on October 21 asking him to investigate the manner in which the provincial deputy director of public prosecutions, advocate Hosea Molefe, granted bail to suspects without following proper procedures. “We are not against the granting of bail, but we believe that procedures should be followed by everyone,” said Phetoe.

Phakoe was gunned down near his house on March 2009, two days after he met former co-operative governance minister Sicelo Shiceka to hand over a dossier of allegations against office bearers and officials in the Bojanala Platinum District Municipality, which includes Rustenburg and Brits.

In response to their appeal in the Rustenburg High Court on October 17, Molefe granted Mphomane and Mataboge bail without following section 65 of the Criminal Procedure Act, which required him to take the matter to the relevant magistrate.

Molefe admitted that he had not followed the proper procedures, but insisted that he had consulted with “the relevant people” before making the decision.

“The procedures were not strictly followed because of new evidence that had been obtained by the police. I acted in the interest of justice. I admit that I made a legal error and it was irregular,” he said.

Wolmarans and Mphomane were implicated in the Phakoe document in allegations related to the outsourcing of the operation of the Rustenburg Kloof Holiday Resort, owned by the municipality.

The contract was awarded to Omaramba, a company co-owned by Mphomane, despite the fact that its bid was the second-highest. Wolmarans’s sister-in-law, Sylvia Moeng, was allegedly a shareholder in Omaramba when the contract was awarded. At the time he was chairing the committee responsible for recommending the successful bidder.

The M&G reported two months ago that the chairman of the ANC in North West, Supra Mahumapelo, met in a member of the National Prosecuting Authority to secure bail for suspects charged with Phakoe’s murder. He denied the claims.

The matter was allegedly raised with Simelane, who then held a meeting on September 28 with Molefe and two other prosecutors who were handling the case.

The spokesperson for the NPA, Mthunzi Mhaga, confirmed that the meeting had taken place.

“Simelane did have a meeting with Molefe and the officials, but it was not because of allegations of political interference. I am not in a position to confirm or deny whether [Simelane] is aware of the allegations,” he said, adding that there was no basis for Simelane to intervene in the case. He also did not say whether any action would be taken against Molefe for his “irregular” granting of bail.

Molefe denied meeting with Mahumapelo. “There’s no political interference in the case and I don’t know the man,” he said.

Mphomane had previously told the M&G that he was friends with Wolmarans and had financially supported his political campaigns, including the ANC provincial conference in February last year where Wolmarans was elected a member of the provincial executive committee and Mahumapelo became chairman.

Phetoe has also accused Molefe of putting his life and those of witnesses in danger after naming them in court during the bail appeal hearing. Some of the witnesses he named were councillor Alfred Motsi — who went into hiding shortly after Phakoe was killed — and Phakoe’s mother, Priscilla.

All four suspects are expected to appear in court again on February 21 for trial.

The ANC has, until now, always rejected going to the International Monetary Fund, which underscores how bad our economic situation is
Read more
Coronavirus

Moloko Phakedi plans to fight the decision. Again. The Food and Allied Workers Union says it will continue its inquiry into the R19-million written off in the union’s investment wing
Read more
Advertising
Continue to the category
Politics