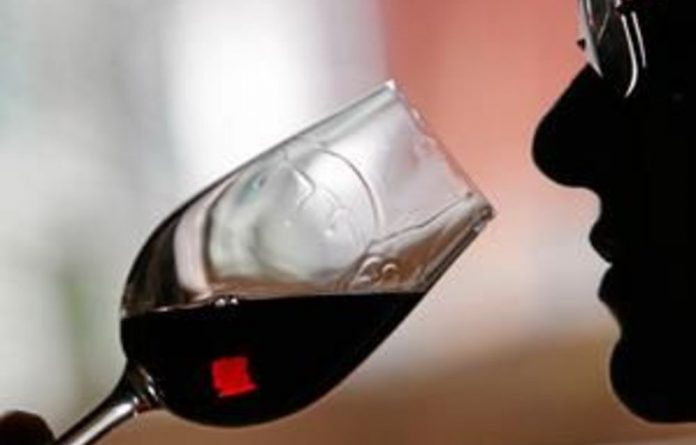 I was 17 when I had my first migraine. For several hours, I felt sick, dizzy, oddly distanced from my surroundings. Then came the pain: a relentless, all-encompassing stabbing just behind my right eye. My mother, a lifelong sufferer, promptly issued me with a series of nutritional instructions: avoid red wine, cheese and chocolate; go easy on oranges.

I obey these — with the occasional chocolate-related exception — to this day and the effects are tangible: one gulp of mulled wine, even a taste of red-wine gravy, and I’m in bed for three days.

Which is why I’m following TV’s new health programme, The Food Hospital, with particular interest. The eight-part series, which began on November 1 in the United Kingdom, aims to show the importance of diet in managing even some of the most serious health conditions and, in some cases, to prove that dietary changes can be a viable alternative to drugs.

Patients undergo consultations with three photogenic experts dietician Lucy Jones, Dr Gio Miletto, a general practitioner, and consultant bariatric surgeon Shaw Somers, who together come up with a nutritional plan of action. Twelve weeks later, the patients return to measure the impact it has had on their health.

This has its faults — the “hospital” itself, all plate glass and pine, could easily convince channel surfers that they have landed on an episode of Grand Designs, and a little too much Embarrassing Bodiesesque relish is taken in some consultations. But the premise is timely: our interest in food and health is at an all-time high.

The charity Allergy UK believes that up to 45% of people in Britain have some sort of food intolerance and each week brings a new food-related headline covering everything from common complaints (cranberry juice to ease cystitis, health-giving “superfoods”) to life-threatening disease (Apple founder Steve Jobs reportedly drank carrot juice in an attempt to beat pancreatic cancer).

Much of this should be treated with suspicion: a multimillion-pound industry has grown around food-allergy testing and a 2008 survey by the company Which? concluded that many expensive intolerance tests were “not medically proven”.

It’s difficult to navigate the conflicting, even misleading, information, so to watch The Food Hospital‘s experts do so is fascinating. And the results are sometimes staggering. In the first episode, 24-year-old Lauren, whose hirsutism (owing to polycystic ovary syndrome) has rendered her a virtual recluse, alleviates her symptoms and her confidence is so improved that she puts on a swimsuit and visits her local pool. Chris, who has type-2 diabetes, follows a strict diet and his blood sugar level returns to normal.

We also meet seven-year-old Harvey, who is suffering from terrible migraines, up to five times a week. His first consultation is heartbreaking. His mother shows Miletto a picture Harvey has drawn of himself with his head cut off, beneath the words “I want to be killed”. But after observing the dietary changes suggested by Jones, Harvey has had just two headaches and no full-blown migraines.

The opportunity to see whether Jones’s recommendations could have a similar impact on me is too good to miss. Jones can’t offer a detailed consultation – that would require a referral from my GP — but she’s happy to talk me through the changes that could prove beneficial (these are also outlined in a recipe book that accompanies the series).

Several of her recommendations tally with my own experience. “The most recent research,” Jones said, “suggests that ‘amines’ chemicals found in foods such as cheese, chocolate, wine and beer can act as a migraine trigger.”

Avoiding fast foods and ready meals and upping my protein intake could make a difference.

None of the GPs and neurologists I have seen over the years has prescribed anything similar so I give it a go. Ideally, I would remove one foodstuff a week over 12 weeks and keep a food diary. I don’t have that long, so I remove the food I can most easily live without, such as bacon, ham, white bread, cakes and biscuits. Instead, I eat platefuls of protein (eggs, pulses, fresh meat) and make suggested recipes such as homemade hummus and salsa with wholegrain crackers and crudités.

As bad luck would have it, I have a migraine on the first day, so I am forced to medicate, but the attack does seem to pass quickly and I don’t get another for the rest of the week. I don’t miss the foods I’ve eliminated (though I do slip up once with a kebab) and, most significantly, I feel more in control of a condition that so often seems to be controlling me.

That, to my mind, is the key benefit of using food as medicine. As long as it is done in consultation with a doctor or dietician who can help you cut through the nutritional misinformation, you can actually do something to take charge of your own health.

Jones agrees. “Nutrition is very much an emerging science,” she said. “It allows people to take some responsibility for their own health. That is invaluable.” —

How to lose weight on the millennial diet

Festive spirit: Is it worth the weight?