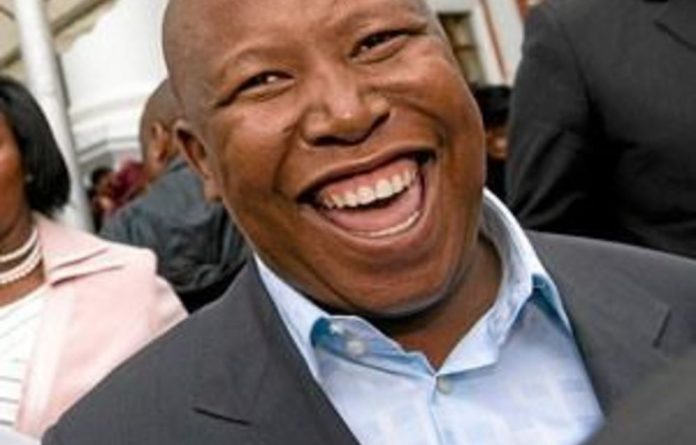 Rumours of Julius Malema’s imminent arrest appear to have been greatly exaggerated, but investigations into his financial affairs by the Hawks, the public protector and the South African Revenue Service (Sars) are understood to be progressing and pose a threat to the ANC Youth League president, rendered vulnerable by his suspension from the party.

Public protector Thuli Madonsela announced on Tuesday that she had asked the Limpopo provincial government to suspend multimillion-rand contracts with On-Point Engineering, a company part-owned by Malema’s family trust.

Madonsela’s spokesperson could not be reached on Thursday but the Mail & Guardian has been told that this request does not signal a breakthrough by her investigators.

Rather, they are understood to be in the first phase of their probe, which focuses on On-Point’s government contracts and allegations of maladministration in the provincial departments of roads and transport, health and housing.

Madonsela has said that the request to halt the Limpopo contracts is intended to “reduce risk” in the event that the contracts need to be reversed later.

Recent media reports have said that Malema faced arrest as a result of the Hawks investigation but sources close to the investigation rubbished these reports.

Hawks spokesperson McIntosh Polela said he “would not be drawn” into giving information but it is understood that the police probe is also at an early stage.

The M&G understands that Malema is being investigated by Sars for outstanding tax liabilities. There are rumours in ANC and law enforcement circles that Human Settlements Minister Tokyo Sexwale settled Malema’s personal tax debt with a payment of about R5-million, including a donations tax. But this was denied.

Through a spokesperson, Sexwale said: “We note your questions. Someone is trying to set you up.”

And Malema’s lawyer, Nicqui Galaktiou, said: “We confirm that we are engaging with Sars on the basis of secrecy [and that the service] has confirmed that there is no joint investigation [with the Hawks]into the tax affairs of our client.

In addition, Tokyo Sexwale has not provided money for the payment of outstanding taxes, cumulatively in the region of R5-million, as your question suggests.”

In a follow-up query, the M&G asked Galaktiou if there was any Sars investigation at all and whether Sexwale had paid any money besides the alleged R5-million. But she did not respond.

Sars is tight-lipped. Spokesperson Adrian Lackay said that, by law, he could not “comment publicly on the affairs of any taxpayer”.

“Taxpayer confidentiality ends only when a matter is formally brought before a court of law, other than a tax court,” he said.

Madonsela announced in August that she was investigating tenders awarded to On-Point.

Two days later, the Hawks said that it, too, was investigating Malema and companies linked to his family trust for fraud and corruption.

The announcements followed a string of exposés by the M&G and other newspapers suggesting that Malema and his cronies had good reason to be concerned about the investigations.

According to media reports businessmen have deposited money in Malema’s family trust bank account, allegedly in return for tenders.

The M&G exposed how On-Point held a programme management unit contract to administer part of a multibillion-rand provincial roads budget.

It was then revealed that On-Point had demanded to be cut in on several contracts, allegedly in return for ensuring that businessmen won tenders.