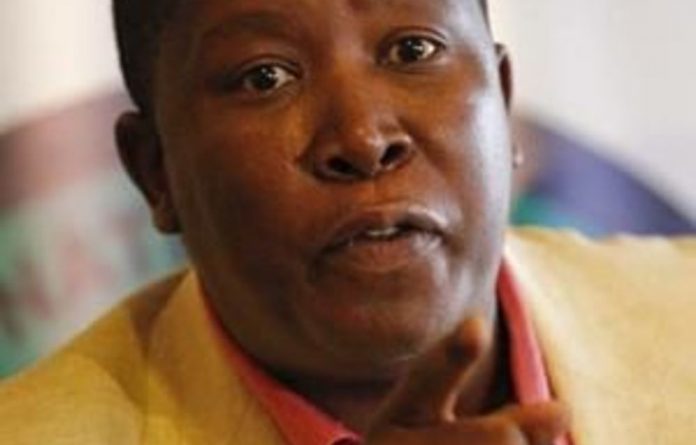 “There could be possible unintended consequences by suspending [it] in its entirety … It is a binding agreement,” said Kgalalelo Masibi.

The contract has already been running for two years.

Public Protector Thuli Madonsela met with the Limpopo roads and transport department on Wednesday and one portion of the contract was suspended.

“Both parties agreed to suspend one aspect of the contract, that is, the participation of On-Point in the bid evaluation committee until the investigation is concluded,” her office said in a statement.

“We’ve written to the public protector asking for clarity on the legal basis around her request,” City Press quoted roads and transport spokesperson Thesan Moodley as saying.

In response, Madonsela told the paper she was “shocked to hear they don’t understand the Constitution by questioning my powers”.

Irregular tenders
She is probing claims that the Limpopo government awarded irregular tenders to On-Point Engineering, which benefited Malema. The outcome of the investigation was expected before the end of the year.

Malema was also being investigated by the Hawks.

Masibi told the South African Broadcasting Corporation that the Hawks and the public protector had pinpointed their respective areas of investigation, to avoid any duplication.

The outcome of the investigation was expected before the end of the year. — Sapa