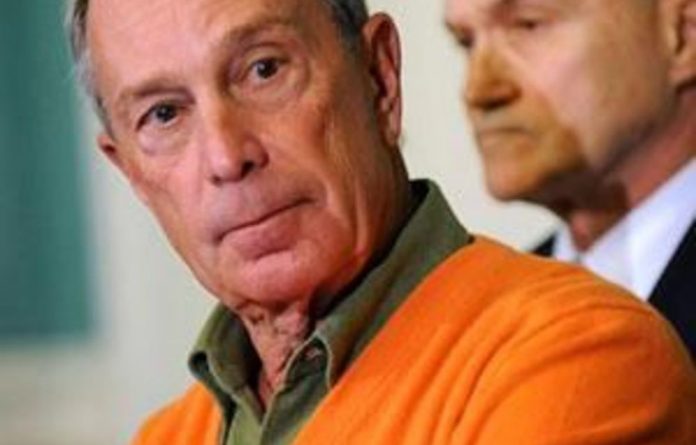 The New York Police Department has arrested an alleged “al-Qaeda sympathiser” who had plotted to bomb returning military personnel, police cars and post offices in the city.

The alleged terrorist, 27-year-old Jose Pimentel, was acting as a “lone wolf” and was taken into custody on Saturday, said New York mayor Michael Bloomberg.

A Dominican-born US citizen, Pimentel had spent most of his life in Manhattan, said the mayor and had been under police surveillance since May 2009.

The suspect was arrested while trying to build the pipe bombs using materials he had recently purchased, the mayor said at a press conference on Sunday night.

‘Lone wolf’
Bloomberg said: “The suspect was a so called ‘lone wolf’, motivated by his own resentment of the presence of troops in Iraq and Afghanistan as well as inspired by al-Qaeda propaganda. He was not part of a larger conspiracy emanating from abroad.”

New York police commissioner Ray Kelly said Pimentel was a follower of radical cleric Anwar al-Awlaki, who was killed by a US drone strike in Yemen in September.

The death of al-Awlaki “set him off” said Kelly but the US authorities first became aware of him two years ago when he was living in Schenectady, in upstate New York. Pimentel had told associates that he planned to travel to Yemen before returning to New York to become “a martyr in the name of Jihad”.

Pimentel had become increasingly radical and worried his associates, said Kelly, and had talked about changing his name to Osama Hussein in order to celebrate his two heroes Osama Bin Laden and Saddam Hussein.

Building bombs
Kelly said Pimentel followed instructions from Awlaki’s Inspire magazine, in particular a magazine titled “How to Make a Bomb in the Kitchen of Your Mom”. He bought the ingredients from the DIY store Home Depot, shopping at different branches to hide his purchases.

Awlaki was also the inspiration for Nidal Malik Hasan, the US-born army officer who killed 13 people and wounded 29 others in a 2009 shooting attack and for Umar Farouk Abdulmutallab, the so-called “Underwear Bomber” who attempted to blow up an airliner over the US in December 2009.

Mayor Bloomberg said this was the fourteenth terrorist attack targeting New York since September 11 and the reason why the city had 1 000 officers dedicated to foiling terror plots. —