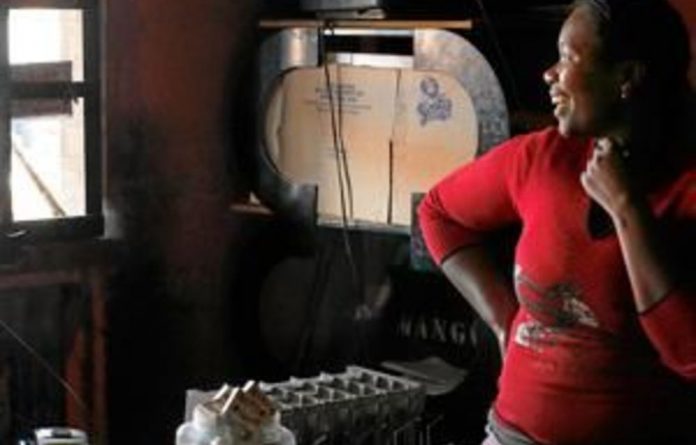 It is getting easier and easier for consumers to transfer money anywhere in the world as new technologies come to market using cellphones and payment networks.

In the past week Visa and MTN announced a payment platform that allows cross-border transactions, FNB opened up its PayPal service to non-FNB customers and the Payments Association of South Africa (Pasa) confirmed that within a year South Africans will be able to transfer money abroad using their Visa cards.

The Visa and MTN mobile money initiative is primarily aimed at capturing the unbanked market by providing a new payment platform that will allow people to use cellphone banking to make payments at merchants, draw cash and transfer money anywhere in the world.

According to CGAP, an independent policy and research centre dedicated to advancing financial access for the world’s poor, by 2012 the number of people with cellphones but without bank accounts is estimated to grow from a billion to 1.7-billion.

Cellphone transfers are cheaper and more accessible to the unbanked than alternative methods, including money remitters such as Western Union. Therefore, it is no surprise that telecommunications companies are grabbing this opportunity with both hands. MTN Mobile Money has been hugely successful in Uganda, Rwanda and Nigeria, which have poorly developed banking infrastructure. It operates in 12 countries and has 5.7-million customers.

Now, by linking with Visa, MTN is able to expand its cellphone money offering, increase its revenues off its existing client base and provide unbanked consumers in rural areas with access to the largest payment network in the world.

The new product is being launched in Uganda and Nigeria and customers will be able to use a prepaid card to buy goods at Visa-enabled merchants and draw cash at ATMs that accept Visa cards. The PIN is entered using the person’s cellphone, which means there is increased security as the merchant does not use a PIN reading device and is unable to scan the PIN.

Customers will also be able to transfer money to Visa cardholders and not only to other MTN customers.

Visa already offers a facility for its customers to transfer money between cardholders anywhere in the world, and this technology will be enabled in South Africa next year.

This means that a South African Visa cardholder will be able to send money from their Visa debit or credit card to any other Visa cardholder. Although the Visa network can already handle these transactions, there is currently not a single issuing or acquiring bank in South Africa that supports this transaction type, says Walter Volker, chief executive of Pasa.

He says that, if a cardholder in the United Kingdom sends money to a cardholder at FNB, for example, the funds will end up in a suspense account until someone in the bank is told about it and the transaction is manually posted to the account, which could take weeks or months.

Volker says Visa has now mandated that, by October 2012, all issuing banks must be able to accept these transactions. Pasa has already started to work with the banks on implementation, although the time frames have not been confirmed.

This should reduce the costs and red tape for transferring money abroad, although foreign exchange limits would apply.

This could be a motivating factor for the announcement last week by FNB that it was opening up international payment system PayPal to customers at other banks, meaning that it is no longer an exclusive product for FNB customers. By making the facility accessible to individuals and businesses that do not bank with FNB, it is able to offer the more than 500 000 South Africans with registered PayPal accounts the ability to receive funds in their bank accounts through PayPal.

Non-FNB account-holders have hitherto been able to make credit card-based payment transactions online through PayPal by linking their credit card to an authorised PayPal account. To date, receiving funds and withdrawing these funds through a South African bank account was offered solely to FNB banking customers.

Now any South African will be able to receive funds from PayPal, but they will be required to open a free FNB online banking profile to link the accounts, even if they do not bank with FNB. This is meant to facilitate the “know your customer” and reporting requirements of the South African Reserve Bank and ensure that all transactions take place within the exchange controls.

Fundamo is a South African company that is the world’s largest mobile financial services platform. The acquisition valued Fundamo at $110-million. The company, which employs more than 150 people, mostly South Africans, has more than 50 active mobile platforms across 40 countries in Africa, Asia and the Middle East.

A survey by Juniper Research estimates that, in the past 10 years, 100-million people have been newly “banked” through mobile services that offer consumers basic financial services limited in geographic reach.

According to Fundamo’s chief executive, Hannes van Rensburg, the company has been the platform for the majority of these services.