Olympics will be Le Clos call 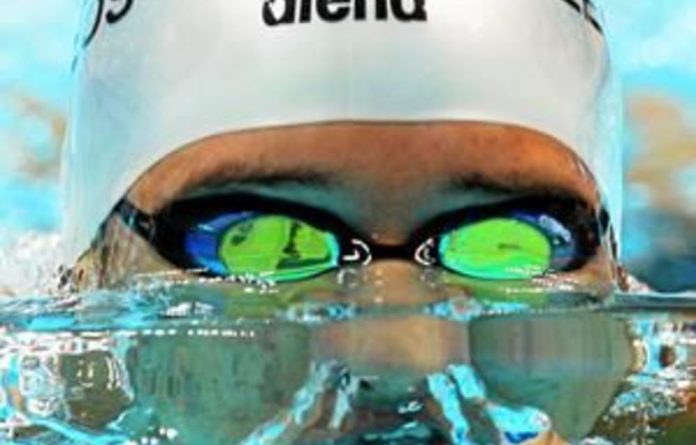 Michael Phelps is the greatest Olympian of all time. Not “arguably”, he is. The American has won 16 Olympic medals, 14 of those gold. Yes, he trails the overall record of 18 set by Soviet gymnast Larisa Latynina but Phelps will surely overhaul that in London next year. Further to that, he holds the records for the most individual Olympic gold medals (nine) and the most golds at a single games (eight).

He is a swimming and an Olympic legend and, in London next year, he will be 27. Although perhaps not at his absolute peak and in the form in which he won eight golds in Beijing in 2008, Phelps will be far from over the hill and is still expected to make a serious dent in the number of medals on offer.

But, here’s the thing — by late July next year, South Africa will have a 20-year-old kid champing at the bit, eager to take on the individual swimming equivalent of Mount Everest and beat him in his favourite event — the 200m butterfly.

Chad le Clos is the South African swimmer everyone is talking about since he arrived back in the country, having claimed the men’s World Cup title. International swimming federation Fina’s World Cup is a seven-meeting short-course circuit taking place over a month-and-a-half in Dubai, Stockholm, Moscow, Berlin, Singapore, Beijing and Tokyo — a gruelling six weeks. But Le Clos defied the demanding schedule to win 35 medals, 23 of those gold, and charged to the title, a full 86 points ahead of Hidemasa Sano of Japan.

Among those gold-medal triumphs, two were victories in butterfly over Phelps in Moscow, in both the 100m and 200m. But, before expectant South African fans jump from World Cup victory to Olympic gold, Le Clos is quick to make the distinction between his short-course (25m pool) success and the long course (50m) requirements of the Olympics.

“There’s a huge difference and I’ve been a lot more successful at the short course. The times are quicker, as there’s a lot more turning. But, the Olympics is a long course, so I need to get fitter and stronger. I’ve got a good turn and that’s where I usually get away in a short course. But in a long course there’s less reliance on turns.

“A guy like Phelps, even though he’s got a good turn, is not particularly good on the short course, but on the long course, he’s been undefeated in about 10 years in the 200m butterfly.”

What is clear is the sense of awe when Le Clos mentions Phelps and it’s this that he feels he needs to battle if he is to be competitive in London.

“I’ve got to play down that idolisation if I’m going to have any chance of beating him. It’s hard for me because, when I was younger, I tried to be like him. When I was 12 years old I watched him win six golds in Athens. He was a huge inspiration to me. In a way he still is, but, at the same time, I can’t get too friendly with the opposition.”

Le Clos will also take on the 100m butterfly and the 200m and 400m individual medley in London, but it’s the 200m butterfly that is sure to grab all the attention.

“Phelps is the hands-down favourite. I don’t think anyone thinks that he can lose that race. I’m going to get quicker and I’m going to London to try to win, because that’s what you do when you race — you don’t try to swim for second or third place. I’ve got nothing to lose. I’m still young, he’s coming to the end of his career and, if I win next year, it would be a huge upset for the swimming world.”

Away from the pool the 19-year-old from Durban fancies surfing, spending time with family and friends and follows English football. (He was once a speedy left-winger, who liked to model himself on Cristiano Ronaldo.)

He’s the second-youngest of four children, born to Geraldine and Bert, who was born in Mauritius, the youngest of 10 children, who moved to South Africa when he was eight. Father and son are close and Chad Guy Bertrand le Clos is proud of his Mauritian heritage, although he has become accustomed to people making a hash of his name, which is correctly pronounced “Le Clo”.

“Yes, a lot of people call me ‘Le Closs’. People get it wrong all the time. I think the only time I’ve heard it pronounced correctly is in Cannes, in France!” Growing up, he idolised 2000 Olympic breaststroke silver medallist Terence Parkin.

“He was a huge hero for me, not just in the water. He’s a real gentleman and an inspiration to many, also because he’s deaf. The way he handled everything, including his disability, was inspiring.”

Le Clos has designs on an eventual journalism career, but realises that it has to take a back seat at the moment.

Next year is all about the Olympics, where he’ll take on Phelps and another American, Ryan Lochte, the individual medley favourite.