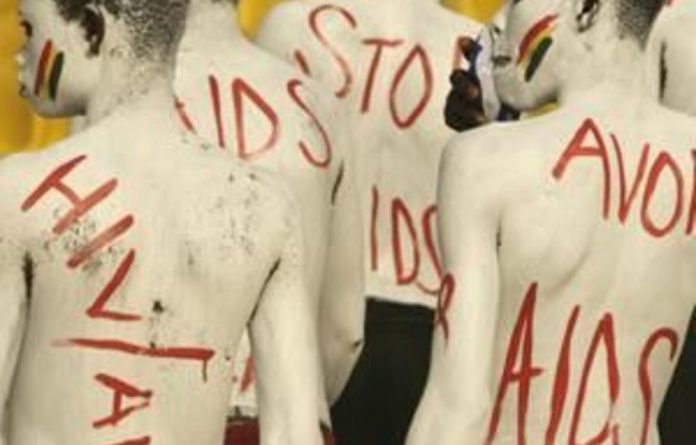 President Jacob Zuma is set to launch the new national strategic plan to combat HIV, amid a worldwide funding crisis that threatens to slow progress in the fight against Aids.

Cabinet ministers and members of Sanac were expected to join Zuma at the event.

“It is a bold plan. South Africa is showing leadership at a time when many other parts of the world are retreating from their commitments on HIV,” it said in a statement.

“Already there are over a million people on treatment. By the time the plan is complete that number must be three million.”

The TAC said commitments set out in the plan needed to be followed through.

“[The national strategic plan] makes some bold commitments that will need leadership from the government, including the long delayed issue of the decriminalisation of sex work,” it said.

He said HIV-prevalence among pregnant women in the country had increased from 29.4% to 30.2%.

There was a high degree of stabilisation in the percentage increase of pregnant women between ages 16 to 24 who were infected. However there had been an upward spike between the ages of 24 and 39.

Motsoaledi said prevention methods addressed at the youth as reasons why the numbers had stayed within the “confidence interval”.

He attributed the high HIV prevalence in the older category to a lack of antiretrovirals (ARVs) and counselling.

According to the survey, KwaZulu-Natal still had the highest prevalence of HIV-infected pregnant women, while the Northern and Western Cape were the lowest.

Motsoaledi said the government would continue to increase its ARV rollout and HIV/Aids prevention strategies.

Global battle
Internationally, extraordinary progress has been made in the fight against Aids over the past decade, but a funding crisis is putting those gains at risk, United Nations health agencies said on Wednesday.

A World Health Organisation-led report said HIV, which now infects about 34-million people around the world, has proven a “formidable challenge” for scientists and public health experts.

“But the tide is turning,” it added. “The tools to achieve an Aids-free generation are in our hands”.

Yet a severe funding crisis at the world’s largest backer of the fight against Aids and a decline in international donor money to battle the syndrome is dampening optimism in the HIV/Aids community about an eventual end to the pandemic.

Annual funding for HIV/Aids programmes fell to $15-billion in 2010 from $15.9-billion in 2009, well below the estimated $22-billion to $24-billion the UN agencies say is needed by 2015 to pay for a comprehensive, effective global response.

No new funding
The public-private Global Fund to Fight Aids, Tuberculosis and Malaria — the world’s largest financial backer of HIV treatment and prevention programmes — said last week it was cancelling new grants for countries battling these diseases and would make no new funding available until 2014.

In an interview with Reuters in London as the report was released, Gottfried Hirnschall, the WHO’s director for HIV/Aids said great progress in bringing down the number of new HIV infections and dramatically increasing access to life-saving Aids drugs made this a critical time in the battle.

Scientific studies in the past year have also shown that getting timely Aids drug treatment to those with HIV can significantly cut the number of people who become newly infected with the virus.

Zero new infections
Hirnschall said the data suggested the WHO’s goal — to have zero new infections, zero deaths and zero stigma associated with HIV — “could in the not too distant future become a reality”.

But the big risk lies in the funding, he said.

“We already have a $7-billion shortfall for this year and what’s even more alarming is that we also had almost $1-billion less this year than we did last.”

With many large international donor countries struggling with recession and debt crises, Hirnschall said it was crucial for countries affected by HIV/Aids to do all they can to fund their own programmes and make limited resources go further.

Wednesday’s report, released ahead of World Aids Day on December 1 by the WHO, the UN Aids programme and the UN children’s fund Unicef, said treatment, prevention and outreach programmes are becoming more efficient with health clinics integrating services and local communities finding more effective ways to get medicines to HIV patients.

Hirnschall said donors should recognise that stepping up investment now will save lives and more money in the long run.

“The risk is that we carry on as we are for the next 20 years and the whole epidemic will just linger on and on. Or we could load up front and make a big investment now and then the numbers will really start to come down and it will pay off.”

“The question is, is the world ready to do that?” — Reuters, Sapa