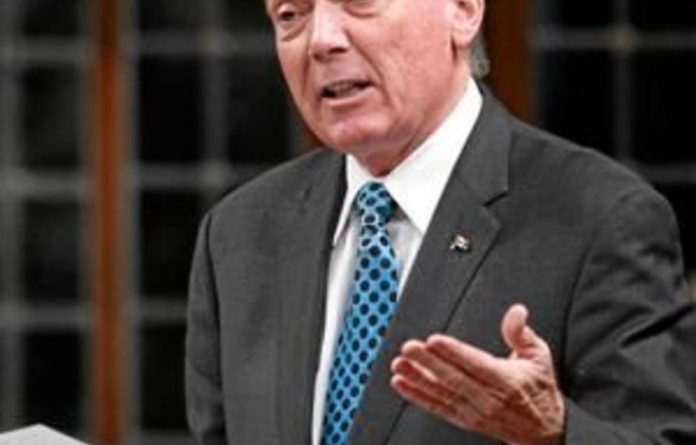 Delegates at COP17 wasted no time getting involved in the kind of political shenanigans for which the negotiations are famous. On the first day of the conference rumours that Canada planned to withdraw from the Kyoto Protocol began circulating.

The protocol is the only legally binding agreement that sets emission reduction targets for developing countries. The first commitment period of the Kyoto Protocol expires next year and one of the major issues to be decided at the conference is whether to adopt a second commitment period.

The matter came to light after a highly placed politician leaked the story to Canadian media outlet CTV. Non-governmental organisations said the rumoured withdrawal was meant to take place on December 23 at 5pm, just before Christmas, so that the unpopular decision would attract little attention.

Canadian Environment Minister Peter Kent has refused to confirm or deny the allegations, making Canada’s position the elephant in the room at COP17.

COP17 gets under way

The UN’s COP17 climate negotiations have begun in Durban, where UN officials, NGOs and representatives of 194 countries are working to secure a binding agreement to deal with the factors driving climate change.

Alden Meyer, a member of the Union of Concerned Scientists based in Cambridge, Massachusetts, said the rumours were a “slap in the face” from a country that had consistently shirked its responsibilities in terms of the Kyoto Protocol. “Canada was the only signatory to the Kyoto Protocol that simply ignored its responsibilities. The fact that he [Kent] is not denying it is implicit confirmation that they are planning to do this.”

Canada has denied allegations that it intended to obstruct negotiations in Durban about the Kyoto Protocol and encourage other countries to follow its lead. But on Tuesday CTV reported that South Africa’s high commissioner to Canada, Mohau Pheko, had heard from reliable sources that Canada had been lobbying other countries also to withdraw from the protocol.

Tasneem Essop, head of international climate strategy for the World Wide Fund for Nature, has warned that “if other countries adopted Canada’s position, the result would be a series of voluntary pledges instead of a binding agreement”.

“It’s not easy. We are dealing with very difficult political questions, but we believe nothing can really be ­completely insurmountable. There must be a way of finding solutions,” Molewa said.

One of the cornerstones of South Africa’s position in hosting COP17 is that the Kyoto Protocol will not “die in Durban”. But Kent has repeatedly said that “Kyoto is in the past” and that the Canadian delegation at COP17 would work to negotiate a new, “eventually binding” climate change agreement that will include all the world’s major emitters.

It is no secret that the conservative government, led by Prime Minister Stephen Harper, is dismissive of the Kyoto Protocol. When Harper was still a member of the opposition, he called the protocol a “job-killing, economy-destroying” accord.

Canada’s rumoured decision to abandon the protocol reportedly stems from the country’s heavy investment in the oil sands in Alberta. Hannah McKinnon, campaigns director at Climate Action Network Canada, said the country had “sunk hundreds of millions of dollars into promoting the tar sands as an oil source abroad to ensure that no doors are closed to its use of the fuel”. The extraction of oil from the tar sands, many of which are located in environmentally sensitive locations, is more carbon intensive than conventional oil production.

McKinnon said the tar sands were projected to account for more than 100% of Canada’s emissions growth between now and 2020. She said the Canadian government was trying to opt out of the protocol because it “doesn’t believe it should have to deal with any consequences”.

Countries that fail to comply with the Kyoto Protocol are subject to penalties, including exclusion from certain trade agreements and higher emission reduction levels in subsequent commitment periods.

Lula Ali Ismaïl’s first feature-length film, Dhalinyaro, was a smash hit in her home country — and beyond
Read more
Coronavirus

South Africa is working towards establishing a publicly-funded universal health service and now, amid the coronavirus pandemic, is the time to implement it
Read more
Sport

They took time, but the International Olympic Committee have finally done the responsible thing and postponed Tokyo 2020
Read more
Africa

Western media has racialised the coronavirus outbreak, leading to increased Sinophobia in several countries. Such dehumanisation of a race has no place in functioning democracies
Read more
Advertising
Continue to the category
Politics