Cutting and coping at COP17 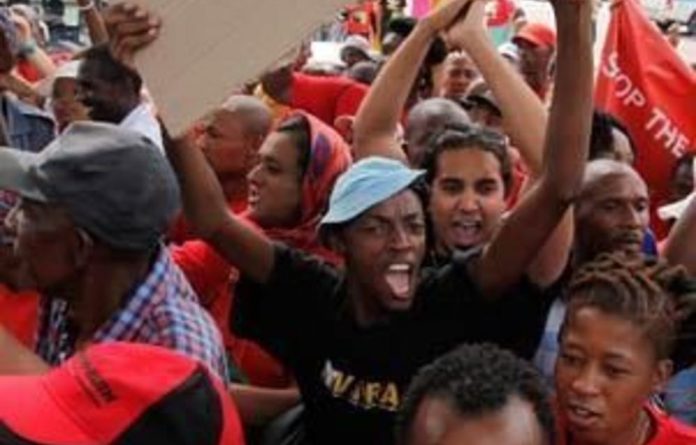 Climate talks in Durban are on track to help poor and vulnerable nations deal with increasingly fierce heatwaves, storms and drought, the United Nations' top climate official said on Saturday.

"I am pretty confident that we are going to come out of Durban at the end of next week with probably the strongest package to support adaptation that we have ever had," Christiana Figueres, executive secretary of the UN Framework Convention on Climate Change (UNFCCC), told Agence France-Presse in an interview.

Climate change initiatives fall into two broad categories of "cut" and "cope": cutting the greenhouse gas emissions that drive global warming, and coping with the impacts already hitting regions across the world.

How to allocate scarce climate resources across this divide is a keenly debated issue at the 12-day climate negotiations under the UNFCCC, which runs until Friday.

Most developing countries would like to see more money going into projects that help small-scale farmers cope with climate-enhanced weather extremes, or coastal communities deal with storm surges and rising seas.

So far, however, the lion's share of funds have gone to mitigation, the term used for schemes to reduce the amount of CO2 pumped into the atmosphere.

About 95% of the approximately $97-billion channeled into climate-related finance each year is earmarked for mitigation, according to a report by Climate Policy Initiative, an international research centre based in San Francisco.

New initiatives on the table in Durban should help shift the balance in this direction, Figueres said.

Some are only preliminary steps, such as forming a work group to examine "loss and damage" that can be attributed to climate change, or a programme that allows the most exposed nations to highlight priority targets for assistance.

All of these are to be piloted by an umbrella adaptation committee that exists on paper but has yet to be set up.

More contentious is a Green Climate Fund, to be ramped up to $100-billion a year by 2020 to help with both mitigation and adaptation in poorer nations. Again, the mix has yet to be defined.

For Figueres, the yardstick for progress in the UN talks as a whole is how well they serve this constituency.

"I firmly believe that the success of this process must be measured by its effect on the most vulnerable populations of the world, not those that are least vulnerable," she said.

Earlier in the day, about 6 500 people, mostly from South Africa and other parts of the continent, marched through the streets of Durban calling for "climate justice".

Many were highly critical of the UN talks, saying they were moving too slowly and slanted too heavily toward market-driven initiatives based on carbon markets.

When asked, Figueres acknowledged that she felt sympathy with the marchers and their call for equity.

"Being the daughter of a revolutionary, that's certainly part of me," she said with a smile. "I would like to be there because I have high expectations and ambition."

"I am very committed to the fact that civil society is just as important a participant in this process as the governments and the private sector."

But the demonstrators were wrong, she added, to think that progress was not being made.

"I have witnessed extraordinary progress over the last year, and even in the seven days since we have been here."

The first of about 130 ministers began to arrive over the weekend for the high-level segment of the talks starting on Tuesday.

They will decide the fate of the Kyoto Protocol, the only international treaty limiting greenhouse gases, and whether to set the Green Climate Fund in motion.

Also on the table is a proposal from the European Union to set a 2015 deadline for hammering out a legally-binding climate deal covering all major emitters, to be implemented by 2020. – AFP

On climate change, a shift towards civil disobedience