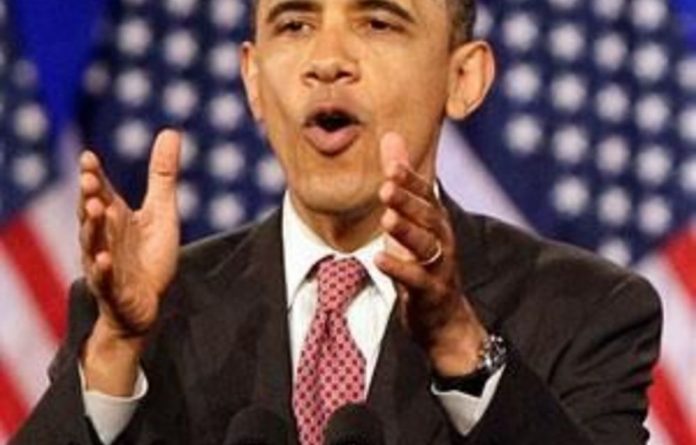 US President Barack Obama this week stepped up a counter attack against Republican opponents levelling angry, politically fraught charges that he has short-changed US ally Israel’s security.

With an eye on the November 2012 elections, Republicans energised by Obama’s low popularity have slammed his Middle East policy, hoping to pump up Christian conservatives and erode Democrats’ usually strong support from Jewish voters.

And most of the Republican presidential candidates will gather in Washington DC on Wednesday for a forum run by the Republican Jewish Coalition, where they are sure to court party activists with attacks on Obama’s approach to Israel.

It was not immediately clear how Republicans, who have accused Obama of asking too much of Israel and not enough of the Palestinians, would respond to US Defence Secretary Leon Panetta’s blunt demand on Friday that Israel “get to the damn table” for peace talks.

Israel responded by blaming the Palestinians. “To our regret the Palestinians are the ones who decided to boycott the negotiations”, Mark Regev, spokesperson for Israeli Prime Minister Benjamin Netanyahu, told AFP.

Boosted military aid
Obama fired a pre-emptive shot this week during a campaign fundraiser in New York City, professing that “no ally is more important than the state of Israel” and trumpeting his commitment to help safeguard the Jewish state.

“I try not to pat myself too much on the back, but this administration has done more in terms of the security of the state of Israel than any previous administration”, the president told donors.

“And that’s not just our opinion, that’s the opinion of the Israeli government”, he said, citing intelligence cooperation and US help for the “Iron Dome” missile shield meant to thwart regular rocket attacks on Israel.

Aides note Obama — who has drawn fire for calling for an Israeli settlement freeze — boosted military aid to Israel and has toughened US sanctions on Iran and won support from Russia and China.

White House allies also point to Israeli Prime Minister Benjamin Netanyahu — who has had a rocky relationship with the US president — calling Obama’s threat to block UN recognition of a Palestinian state “a badge of honour.”

Devoted to security
They also underscored how Israeli Defence Minister Ehud Barak declared in November in a CNN interview: “I don’t think that anyone can raise any question mark about the devotion of this president to the security of Israel.”

Still, top Republicans pounced on Obama’s remarks, with US House Speaker John Boehner taking to his official Facebook page to demand “Are you kidding me?”

“This is the same White House that wants Israel to withdraw to the indefensible 1967 borders. Where I’m from, we stand by our friends, especially the ones who have always stood by us”, the lawmaker added.

“Words uttered behind closed doors in a campaign fundraiser in New York are one thing. Actions that have repeatedly thrown Israel under the bus are another”, charged Republican White House hopeful Mitt Romney.

Obama said in May that Middle East peace will ultimately require Israel to exist alongside a Palestinian state, based on shared territorial lines from before the 1967 Arab-Israeli war but modified with “mutually agreed” land swaps.

Irresponsible partisanship
Republicans — as well as Netanyahu — have zeroed in on the 1967 borders while ignoring the notion of the territorial exchanges, which are expected to be a path for Israel to keep settlements in the West Bank.

“I find this outrageous and really an irresponsible example of partisanship that ultimately does Israel no favours,” former US representative Mel Levine, an Obama backer with a long record of seeking to bolster US-Israeli ties, said.

Levine played down the possible impact on Jewish voters, a key Democratic voting bloc that went 78% for Obama in 2008 and gave him an 83% job approval rating by the time of his January 2009 inauguration.

Obama’s approval among Jewish voters had tumbled as of September to 54%, according to a public opinion poll by the Gallup organisation.

But that still leaves him about 10 points more popular among Jewish voters than among the overall population, where his job approval ratings have slipped to the mid-40s.

Exit polls in 2008 suggested only around 2% of voters nationwide are Jewish — but they could wield decisive power in vital swing states like Florida and Pennsylvania. — Sapa