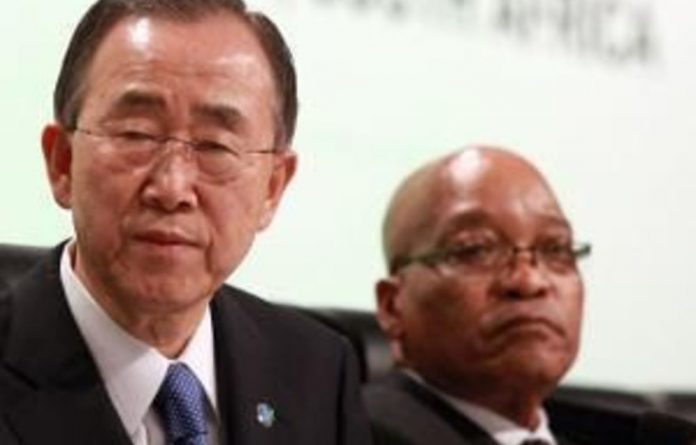 Environmental NGOs lambasted government ministers involved in climate change negotiations this week, arguing that they should all be awarded Oscars for their acting.

Tove Ryding of Greenpeace International led the call, saying that governments were creating theatre out of the climate talks.

“These ministers should get Oscars for acting like they are being asked to do something very hard,” said Ryding. “This poker game is endangering the whole globe.”

Samantha Smith from WWF International said it was shameful that some parties are jumping out of the Kyoto Protocol at this time.

“The United States only wants to talk about what will happen after 2020, which makes them irrelevant because the science says we need urgent action,” said Smith who called the global giant “irresponsible”.

Smith said that China should be applauded for the leadership it showed by stating that it was prepared to accept a legally binding agreement.

“The European Union and the US may be spinning it differently but China is taking some leadership here and we need to recognise this,” said Smith.

China’s pledge
The head of the Chinese delegation, Xie Zhenhua, made a pledge in a media briefing on Monday, saying the country would accept such a legally binding agreement after 2020 if other countries meet five conditions.

These conditions reflect existing agreements made under the UN Framework Convention on Climate Change (UNFCCC) and include undertaking a second commitment period under the Kyoto Protocol; honouring commitments to the $100-billion-a-year green climate fund, acting on agreements made at COP16 last year; and respecting the notion that countries have different responsibilities depending on their capacity to cut emissions.

However both the US and EU delegations questioned China’s pledge arguing that there was nothing new in what they had said.

“We are looking to China and India to solve a problem created by developed countries,” said Smith.

Srinivas Krishnaswamy from Climate Action Network International said it was disappointing to say the least that Canada, Japan, Russia and the US won’t commit to a second commitment period of the Kyoto Protocol.

Kyoto ‘in the past’
Meanwhile, Canada’s environment minister on Wednesday declared that for his country the Kyoto Protocol “is in the past,” a position touching on the trigger issue at the climate talks here.

Minister Peter Kent confirmed that Canada would not back a new round of carbon-cutting pledges under Kyoto after the first series runs out at the end of 2012.

“We have long said we will not take on a second commitment under the Kyoto Protocol. We will not obstruct or discourage those that do, but Kyoto for Canada is in the past,” he said in a speech.

The talks, running through Friday, are deadlocked over the fate of Kyoto, the only global accord that specifies curbs in greenhouse gases.

Current pledges by rich countries under Kyoto expire at the end of 2012.

Several key nations beside Canada, including Japan and Russia, have said they will not renew their vows.

They say a second commitment period is senseless so long as emerging giants and the US, which has refused to ratify Kyoto, are not bound by the treaty’s constraints.

“The Kyoto Protocol is not where the solution lies,” Kent said.

“It is an agreement that covers fewer than 30% of global emissions, by some estimates 15% or less.”

But developing countries, led by China and India, have made renewed pledges by advanced economies a redline issue that could block progress on other fronts, including a proposed mandate to forge a comprehensive climate pact by 2015.

Kent said Canada’s overall approach for reducing greenhouse gases were aligned with that of the US.

Canada agreed under the Kyoto Protocol to reduce CO2 emissions to 6.0% below 1990 levels by 2012, but its emissions have instead increased sharply. Pulling out of Kyoto would allow Canada to avoid paying penalties for missing its targets.

Washington signed Kyoto as a framework agreement in 1997 but declared in 2001 that it would not ratify it, saying it was too costly and unfair.

The UNFCCC gathers 194 countries under a process launched under the 1992 Rio Summit. — AFP, M&G Reporter