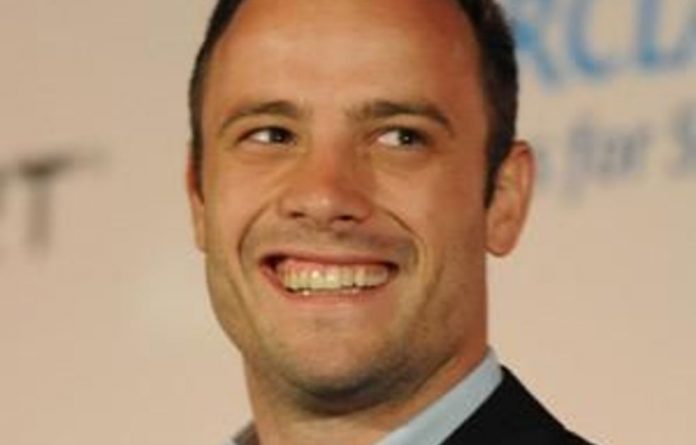 But, now the decision has been made, the retired 400m great wants to see the double-amputee athlete do the best he possibly can.

For Pistorius, that simply means running at the best event: the Olympics.

His possible participation at next year’s London Games may not have the world record-holder’s full support but Johnson said he still admired the South African as “the poster boy” for athletes overcoming disability and that he fully supported him.

The two have become good friends — despite the differing opinions on disabled athletes at able-bodied competitions — and shared a stage at a sports conference on Wednesday.

They greeted each other warmly backstage at the Beyond Sport Summit in Cape Town, clearly enjoying each other’s company.

One is a four-time Olympic gold medallist who’s regarded as the greatest one-lap runner ever, and still holds the 400m world record of 43.18 seconds over a decade after he set it.

Fierce debate
The other has prosthetic legs and a personal best of 45.07, and yet who threatens to become the most famous athlete to appear at an Olympics.

The fierce debate over Pistorius’ place at able-bodied events is set to run right up until next July’s London Games — and probably beyond — with the 25-year-old South African one more 45.30 second lap on his carbon-fibre blades away from qualifying for the biggest athletics meet of them all.

And while Johnson has always been consistent in his position over disabled athletes at regular events, he’s also become a Pistorius fan.

“I think, and Oscar and I have discussed this, that I would not have made the decision to allow Paralympic athletes to compete with able-bodied athletes because when you’re using prosthetics you just can’t know how much, or if, there is any advantage that an athlete may gain,” Johnson said.

“Because the decision has been made and I know Oscar — and I consider Oscar a friend — I’m very supportive of him and I want to see him do the best he can possibly do.”

He had to fight before he was cleared to run alongside the world’s top runners by world sport’s highest court in 2008.

Personal best
That personal best this July put him inside the Olympic mark and qualified him at the last possible moment for this year’s world championships in Daegu, South Korea, making history as the first amputee athlete to compete at the worlds.

He became one of the stories of the meet — for both his achievement and disappointment — as he reached the semi-finals in the 400m, helped South Africa to the final in the 4×400 relay, and was then dropped from the team for the final.

Some said he proved he deserved his place after qualifying for the semis. Others said it proved the carbon-fibre blades gave him an unfair advantage. For Pistorius, it’s never been about proving anything to anyone else.

“I struggle when people ask, ‘What are you trying to prove? What message are you trying to give?’ It’s not about sending a message, I’m just doing something I enjoy,” he said. “My goals are just to be able to look back at my career and know that I didn’t let my talent go to waste.

But what Pistorius does have to prove is that he is capable of another Olympic-qualifying time. South Africa’s Olympic committee requires that to take him to London and it makes the coming season a definitive one.

Pistorius hasn’t finalised his schedule for 2012 yet but says he will run three meets early next year in South Africa ahead of his national championships.

‘Be the best’
He’s also confirmed at the Paralympic World Cup in Manchester, England in May and the IAAF event in Ostrava, Czech Republic later the same month. That’s likely to be his first able-bodied event of the season in Europe as he hits the final straight in his race to reach London.

Coincidentally, the IAAF eased the Olympic qualifying time for the 400m this week from 45.25 to 45.30, giving him the slightest of boosts.

“It might make life a little bit easier,” Pistorius said.

Not by much. He has still only gone under either of those marks once before. But it won’t stop him trying.

“Every guy wants to be the best in the world. Whether I think that’s realistic or not is a different question, but I strive to be the best,” he said. — Sapa-AP