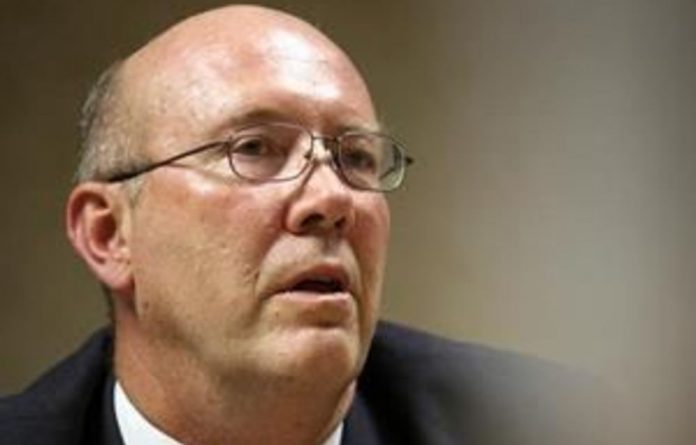 Top nuclear scientist Rob Adam is moving from his strategic position as chief executive of the Nuclear Energy Corporation of South Africa (Necsa) to a private construction company that is eyeing a slice of the R1-trillion nuclear expansion programme, raising some “revolving door” questions.

The timing of Adams’s departure to the Aveng Group, which was announced last week, has raised eyebrows because the department of energy’s invitation to nuclear vendors to submit bids is imminent.

Adam has been at the nerve centre of nuclear research and development at the state corporation since March 2006, in a role that included advising the government about technical nuclear matters.

The nuclear expansion programme, which will add as many as six new nuclear power stations to the energy grid by 2030, will be South Africa’s biggest to date and cost between R400-billion and R1-trillion.

Bidding is expected to begin in the new year and Adam is scheduled to start at Aveng in February.

Major multinational nuclear companies from France, China, the United States, Korea and Russia are known to be interested in the contract.

They will have to show the government their commitment to partnering South African firms to localise nuclear manufacturing skills and create jobs.

Adam said he would be “focusing on nuclear localisation initiatives” at Aveng.

His move to the company represents a major coup for the group and, by extension, for any nuclear vendor with which Aveng forms a partnership.

He told the Mail & Guardian that his employment contract with the state nuclear corporation would end in early 2012 and he had not resigned.

“I believe that I have achieved a range of significant objectives in the past six years and feel that it is time for me to move on to a new stage of my professional career. I see my future role as a way to turn my knowledge towards the creation of high-quality jobs for South Africans by means of localisation.”

As chairperson of the corporation, Adam has been intimately involved in the day-to-day running of a parastatal that describes itself as “the anchor for nuclear energy research, development and innovation in South Africa”.

It is also the gatekeeper for all technical co-operation agreements between South Africa and its counterparts in other nuclear-power-producing states, which means Adam has unique insight into the nuclear capabilities of several of the rival nuclear-tender bidders.

Although the corporation has not played a direct role in defining the department of energy’s nuclear energy procurement proposal — now before Cabinet — and will have no say in which bidder is chosen, it can perform an advisory function.

Responding to questions sent to the parastatal several months ago about its role in procurement for the nuclear programme, Adam said: “Based on the technical nature of the reactors that each vendor can build, Necsa will only advise which reactors will best suit the South African regulatory requirements and other requirements unique to South Africa.”

Beyond the corporation Adam’s influence extends to the local nuclear industry’s umbrella organisation, the Nuclear Industries Association of South Africa, of which he has served four terms as president.

The association, which includes Aveng, French multinational nuclear energy group Areva, as well as other potential members of the consortiums that will be bidding, represents the industry’s interests locally.

Adam has also advised the energy minister, Dipuo Peters, about nuclear matters. “I have provided advice on an informal basis from time to time on other matters such as the global radio isotope supply crisis in 2009, but never on nuclear tenders.”

Adam wields some political clout in ANC circles. He is a party member with a struggle history, who was sent to jail for nine years (see “A veteran campaigner” below).

Adam’s move to Aveng potentially generates conflicts of interest. With him on the payroll, the company — and by extension its nuclear vendor partner — will theoretically have privileged access to the state’s ideas about nuclear power and information about rivals bidders’ nuclear capabilities and their working relationship with the state.

A source intimately involved with one of the nuclear bidders expressed surprise that Adam was not subject to any contractual cooling-off period between jobs.

Adam responded: “I am bound by confidentiality clauses in my employment contract, as well as clauses in the Nuclear Energy Act, that restrict me in this regard. My conduct with respect to nuclear companies is governed, inter alia, by non-disclosure agreements signed between Necsa and these companies. These agreements relate specifically to Necsa’s technology ventures with these companies.”

Aveng spokesperson Kim Heller said Adam would “remain bound by any confidentiality undertakings he entered into … at Necsa”.

French at the forefront?

Aveng partnered Areva during the aborted round of nuclear tender bids in 2008. They are understood to be discussing another possible partnership, according to sources employed by both companies, but an agreement has not been finalised.

“Aveng and Areva will continue to discuss the nuclear programme in view of our earlier partnership,” Heller said.

An Areva spokesperson would say only that the company “continues to engage with the Aveng Group”.

The French government recently bestowed a National Order of Merit on Adam “in recognition of his achievements in promoting France-South Africa scientific cooperation”.

Several sources in the government, state-owned enterprises and the nuclear industry indicated that Areva was expected to submit a joint bid with the China Guangdong Nuclear Power Group.

The two companies first entered into a partnership in 2007 to build two French-licensed reactors in China.

China Guangdong is well placed to provide financing for the massive project, through its August 2010 agreement with Standard Bank to co-operate on nuclear power projects. The Industrial and Commercial Bank of China holds a 20% stake in Standard Bank.

But Aveng said it was “premature to comment on the outcomes of, or consortiums involved in, a potential nuclear bid” because the government had not yet clarified the project implementation model it has chosen or issued a request for proposals from prospective bidders.

Partnership too cosy for its own good

Nuclear scientist Rob Adam is not the first person to step through the well-oiled revolving doors in the nuclear industry between the government, statutory bodies and the private sector. Neither will he be the last.

Said Fig: “The problem with the corporate capture of state resources, particularly its intellectual capital, is that it hollows out the state and detracts from state capacity. The corporate sector is boosted by having leverage over state contracts and policymaking.

“Another problem is when people who understand the nuclear regulatory apparatus are able to take advantage of their knowledge of regulatory weaknesses to enhance their private interests once they leave the state sector.”

In a 2010 academic article titled “Nuclear energy re-think: the rise and demise of South Africa’s pebble-bed modular reactor”, Fig identified others who have preceded Adam through the revolving door. They include:

Commented Fig: “To avoid conflicts of interest when people move from the state sector to join the same field in the private sector, there needs to be a cooling-off period between jobs. At the moment government has no such code of conduct.”

Rob Adam strikes you as a big, gentle giant who you would nevertheless want on your side in a fight.

He would be more than useful in a scrap and has had his fair share of them — most notably as an underground operative for the ANC during the 1980s.

Human rights lawyer George Bizos defended Adam at his trial, but that was not enough to prevent him from going to jail for nine years.

Adam obtained his PhD from the University of South Africa in theoretical nuclear physics shortly after his release from prison in 1990 and went into academia.

He served as director general in the department of science and technology between 1999 and 2006, when he moved to Necsa.

During his time in government he has fought two high-profile battles — one, successfully, to get the government to back the Square Kilometre Array radio telescope in the Karoo and the other, unsuccessfully, for the South African-led development of pebble-bed modular reactor nuclear technology.

Now, as Aveng’s nuclear localisation expert, he will take part in the scrap of his life when it partners an international nuclear vendor in an attempt to land South Africa’s biggest tender.