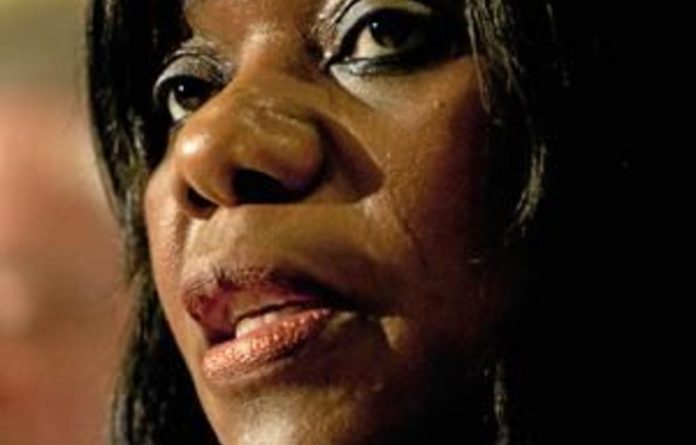 A R200-million contract to supply water to Limpopo’s drought-stricken Mopani municipality has ground to a halt because of allegations of tender irregularities.

The tender, which was supposed to result in water being piped from the Nandoni Dam to the Nsami Dam and from there to the greater Giyani area, was awarded to the sister of a business partner of Premier Cassel Mathale.

Residents who wished to remain anonymous told the Mail & Guardian they had not been receiving enough water for more than a year. “The mobile tanks do not provide us with sufficient water. We struggle sometimes when it comes late and kids have to go to school. We don’t know when the crisis will be resolved.”

The Mopani municipality awarded the contract to two companies — Base Major Construction and Tlong Re Yeng Trading and Projects — in January 2011. The latter is owned by Constance Malebate, the sister of Mathale’s business associate, Selby Manthata. When the M&G sought comment from Manthata on Thursday he ended the call.

He said he could not comment on the awarding of the tender because the matter was sub judice. The Hawks and public protector Thuli Madonsela are investigating alleged irregular government tenders involving Mathale and ANC Youth League president Julius Malema.

After the contract was awarded, lawyers for two companies that lost out on the contract — Esorfranki Pipelines and Cycad Pipelines — applied to the North Gauteng High Court in Pretoria for a review of the tender process. They said Base Major and Tlong Re Yeng had not supplied accurate information in their bid documents and did not have the required Construction Industry Development Board grading.

The court set aside the award of the tender. However, in February, the municipality again awarded the tender to the Base Major and Tlong Re Yeng again. Esorfranki and Cycad were then granted an interim interdict by the court in March to stop the joint venture from working on the site, pending the review application.

Work on the project has now stalled and the community is without running water. The municipality has since spent more than R5-million on legal fees.

The South African Communist Party’s district regional secretary, Sam Monyanyi, said the party did not have confidence in Mathale and the provincial leadership because of the perceived maladministration in municipalities.

“The municipality spends about R16-million a month for a contract for mobile water tanks while there are delays with some tenders due to irregularities. A tender was awarded for the installation of boreholes, but nothing has materialised.

“We view this as another way of siphoning funds to the water tank project. More money is spent, but very little service delivery is evident,” Monyanyi said.

Residents and SACP members planned to march on Friday and hand over a memorandum of complaints to mayor Joshua Matlou as part of their anti-corruption campaign. Municipal spokesperson Neil Skwambane said he was not aware of the march and that the local authority had followed court instructions to stop the installation of the pipes.

“The municipal manager is best positioned to answer on the technical issues with regard to the other tenders and water supply issues,” he said.

Most Limpopo municipalities received disclaimers and qualified reports in the 2009-2010 financial year.

Mopani received an “unqualified opinion without findings” and adjustments were made to its annual financial statement because of bulk-water-related issues. The municipalities also incurred more than R120-million of irregular and unauthorised expenditure.

As I reflect on my time as editor amid today’s uncertain world, one thing is certain: the M&>’s importance in our media landscape
Read more
National

In the Ramaphosa vs Mkhwebane case, the court has been asked to rein in the public protector
Read more
Advertising
Continue to the category
Education