Pakistan on top in opening Test against Bangladesh 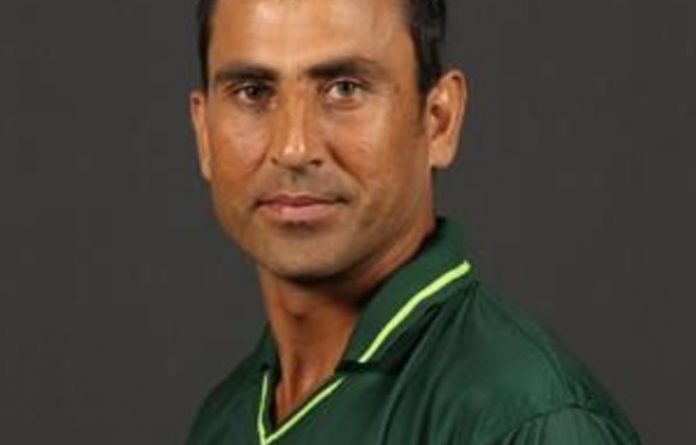 Opener Mohammad Hafeez cracked a career-best 143 and Younis Khan an impressive 96 not out on Saturday to put Pakistan in a commanding position in the opening Test against Bangladesh.

Hafeez hit 14 fours in his fourth Test hundred as Pakistan posted 415-4 in their first innings at stumps on the second day in reply to Bangladesh’s 135, to gain a 280-run lead with six wickets in hand.

Younis, playing his 72nd Test, completed 6 000 runs when he lofted left-arm spinner Shakib Al Hasan for a straight six in the last session. He also hit 10 fours in his 155-ball knock.

Asad Shafiq, who put on 104 for the unbroken fifth-wicket stand with Younis, was 40 not out with two sixes to his name as the tourists plundered 283 runs in the day after resuming at 132 for no loss.

Hafeez, whose previous best was 119 against Zimbabwe in Bulawayo this year, was unlucky to be adjudged leg-before off left-arm spinner Elias Sunny, as TV replays suggested he inside-edged the delivery on to his pad.

“Sometimes you really get a bad decision but it’s part of the game, so no complaints about the dismissal,” said Hafeez.

It was a frustrating day for Bangladesh, who not only struggled to take wickets on an easy-paced track but also dropped a couple of catches.

The hosts took the second new ball immediately after it was due and Shahadat Hossain had a chance to dismiss Younis on 15, but Sunny dropped the catch at deep square-leg.

Bangladesh also let off skipper Misbah-ul-Haq on five when the batsman edged paceman Rubel Hossain, but Shahriar Nafees failed to hold on at second slip.

“Everything depends on the second innings and we’ve [got] to go out there with a positive mindset,” said Bangladeshi off-spinner Mohammad Mahmudullah.

“We have to bat session by session and if we put up a big total (in the second innings), it’ll be good.”

Sunny, who made a seven-wicket Test debut at this venue against the West Indies in October, trapped Misbah (20) leg-before when the batsman attempted to sweep a full-toss.

Hafeez earlier put Pakistan in a strong position when he added 164 for the opening wicket with left-handed Taufeeq Umar (61) and 56 for the second wicket with Azhar Ali (26).

Hafeez, 74 overnight, reached his century in the morning when he drove Mahmudullah through the covers for a four.

Shahadat was the other wicket-taker, having Azhar caught by wicket-keeper and captain Mushfiqur Rahim in the afternoon. Sapa-AFP

South Africa’s economic, racial and social divides invite unrest that will leave us all worse off
Read more
Sport

Zimbabwean General Solomon Mujuru died in suspicious circumstances in August 2011. This is an edited extract from his recently published biography by Blessing-Miles Tendi
Read more
Advertising
Continue to the category
Politics