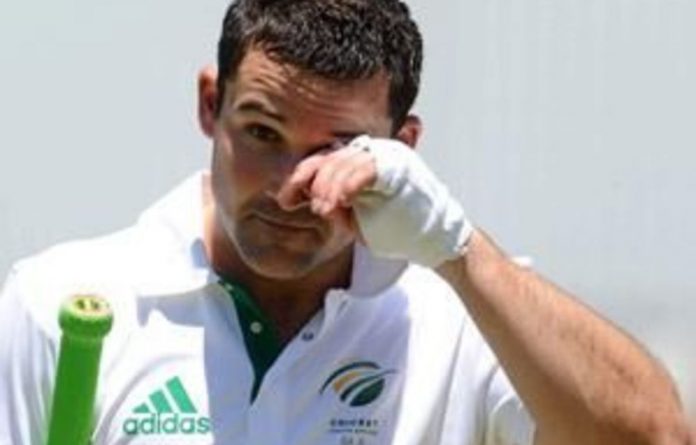 A 148-run opening partnership between captain Dean Elgar (78) and Reeza Hendricks (66) steered the South African Invitation XI into a commanding position at 323/6 after the second day’s play at Willowmoore Park in Benoni on Saturday.

Bad light brought a premature end to play with 17 overs still remaining in the day’s play. After the entire first day of play was lost to rain, the South Africans won the toss and chose to bat.

The home side’s openers brought their team to the cusp of lunch without losing a wicket. Both openers, however, fell in the space of six deliveries to present the touring Sri Lankans with a glimmer of hope in an otherwise gloomy early session.

Elgar and Hendricks looked comfortable from the start of the innings and brought the team up to 50 inside 13 overs. The Sri Lankans were also dealt the blow of losing their opening bowler Nuwan Pradeep, who pulled up with an injured hamstring in his second over, the fourth of the day. He will undergo a scan and will take no further part in the match. The injury has cast doubt over his fitness for the first Test beginning on Thursday.

In a strange move, the Sri Lankans gave Kaushal Silva the gloves ahead of the experienced Kumar Sangakkara.

Play called off
After lunch, Stiaan van Zyl (53) and Rilee Rossouw continued to take the Sri Lankan attack apart, bringing up 200 after 49 overs. Despite a partnership run rate of under three per over, they did not present the visitors with any chances, until five runs short of their century stand, when van Zyl departed.

Van Zyl was out just after reaching his 50, bowled by Thilan Samaraweera to collect his first scalp of the match. Rossouw followed before the tea interval when he was stumped by wicket-keeper Silva off the bowling Rangana Herath.

Themba Bavuma walked out to the wicket and was on his way back as Herath bowled him with his second delivery to the young Highveld Lions batsman. In the 87th over of the day, Farhaan Behardien went after the bowling, hitting seamer Dilhara Fernando in-front of square for two boundaries.

His batting partner could not replicate Behardien’s exploits as he edged to second slip for a scratchy innings of 22. With the wicket of Thami Tsolekile, the umpires reached for the light metres and called play off for the day after the 88th over. — Sapa